The former president of the European Central Bank understands that, in terms of its economic impact, the virus is more dangerous for the young 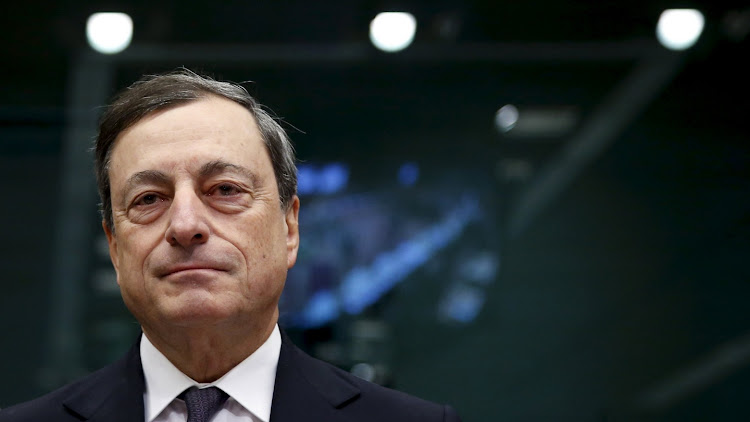 Mario Draghi, former president of the European Central Bank (ECB), has used his first major speech since his departure from that role to underline the plight of Europe’s youngest generations. At a time of deep uncertainty about the future, and facing accusations of driving recent spikes in infections, teenagers and 20-somethings can use an influential ally.

From a medical standpoint, the SARS-Cov-2 virus is more dangerous for the elderly. However, when it comes to the economic impact of the pandemic, the youth are more exposed.

For starters, there’s a risk of young people being deprived of their education, as many schools and universities struggle to provide high-quality services while enforcing social-distancing. Second, they’re at risk of suffering most from the recession, as they often have less job protection and fewer financial assets to fall back on than their parents.

Finally, as governments run large-scale deficits to stimulate economies and support families and businesses, the young will inherit a legacy of high national debt, which means steeper interest payments and a heightened risk of financial instability in the future.

So far, governments have not come up with a sensible approach for managing these risks. With a few exceptions, such as in Denmark, politicians have failed to devise credible plans to reopen schools in the autumn. In the case of Britain, they’ve even added insult to injury by plunging the exam and university admission system into chaos.

In southern Europe, there are few signs of countries investing in skills training and other services to ensure workers find new opportunities when they lose their jobs. The lack of suitable active labour market policies increases the risk that some spending programmes will be a waste, merely adding to national debt without spurring long-term growth or sustainable employment.

Since the start of the pandemic, Draghi has pushed the idea that governments need to borrow to help the private sector shoulder the cost of the crisis. In his speech this week, however, he emphasised that not all borrowing is equal: there is “good” debt, which is used to improve productivity and expand opportunities, and then there is “debt” debt, which is used for unproductive purposes such as providing early retirement.

Politicians often prefer the second form of debt, since it can bring immediate returns in the form of higher public approval. But this is the least tolerable form of borrowing, since it pushes the cost on to the younger generations without giving them the benefits. “For years, a form of collective selfishness has led governments to divert attention and resources towards initiatives that generated guaranteed and immediate political returns,” Draghi said. “This is no longer acceptable today.”

Responsible spending and a common budget

This distinction is not new, but it goes to the heart of the peculiar blend of Keynesianism and classical liberalism that characterised Draghi’s tenure at the ECB. He masterminded a range of innovative instruments to expand monetary policy and prevent financial instability, while demanding fiscal prudence from high-debt economies such as his native Italy.

Now that the circumstances have changed dramatically, he accepts the need for more borrowing but wants governments to take extraordinary care, and to offer maximum transparency, in its use.

Draghi’s call for responsible spending and a common budget will not only benefit the youth; it will matter greatly for another objective he pursued relentlessly at the ECB — a closer eurozone. Draghi approves of the next generation EU instrument leaders agreed to in July, which involves setting a precedent of issuing common debt to help countries hardest hit by the pandemic.

But governments must beware of the quality of their spending if the monetary union is to go further on the road of integration, for example, by setting up a joint treasury. “The strong and stable Europe we all want is one where responsibility goes hand in hand with, and legitimises, solidarity,” he said.

The future of the eurozone may be too high-minded a thought for many teenagers worried about what will happen in autumn. Yet, it is an example of the kind of vision that could benefit them over the long run. As Draghi notes, the problems of tomorrow start today. Europe’s youth must hope political leaders realise it too.

A lack of vacancies is expected to lead to a longer transition from school to work, while younger workers and those in lower-income countries are ...
World
1 year ago

Working from home, popular even before Covid-19, is not just for millennials

The pandemic, as a sort of global trial, has proved that home-working can and does work — and uses less energy, writes John Kemp
Opinion
1 year ago
Next Article