Renowned Scottish economist Adam Smith once said, “Justice ... is the main pillar that upholds the whole edifice. If it is removed, the great, the immense fabric of human society ... must in a moment crumble into atoms.”

The edifice Smith spoke about was an orderly, peaceful society. It is important not to conflate law and justice. Smith saw justice (not law) as an answer to social cohesion and order, shored up by the rule of law.

In this country we know all too well that laws can be unjust and cruel — as they were under apartheid and colonialism. The constitutional vision — the underlying purpose being to heal the divisions of the past — was shaped with the full knowledge that the shackles that had restricted the economic participation of some for the benefit of others would endure beyond the life of the laws that had given rise to these shackles.

At the core of the constitutional promise is a society of equals anchored in human dignity, free from the toxic apartheid, colonial and patriarchal relations. Such a society is a socially just one.

When the constitution was adopted there was much fanfare, followed by a period that could be characterised as a new dawn. New laws and policies were introduced, and President Nelson Mandela and his cabinet spoke in unison about the need to meet basic needs and afford everyone equal opportunities in life, while also striving for global competitiveness. For a while there were signs that the shared prosperity promised in the constitution was gradually being attained. The economy was growing and poverty was declining, reaching its lowest-recorded level in 2004.

Fast track to 2020 and the shared prosperity has become illusive. Economic growth has shrunk to less than 1%. The latest statistics show that 55.5% of the population are poor — of which (disaggregated) 1% are white and 64.2% are African. The official unemployment rate is about 30% while unofficial unemployment — which includes those not in employment, education or training  — is close to 40%. Furthermore, youth unemployment is said to be 50% overall and 70% among indigenous Africans. 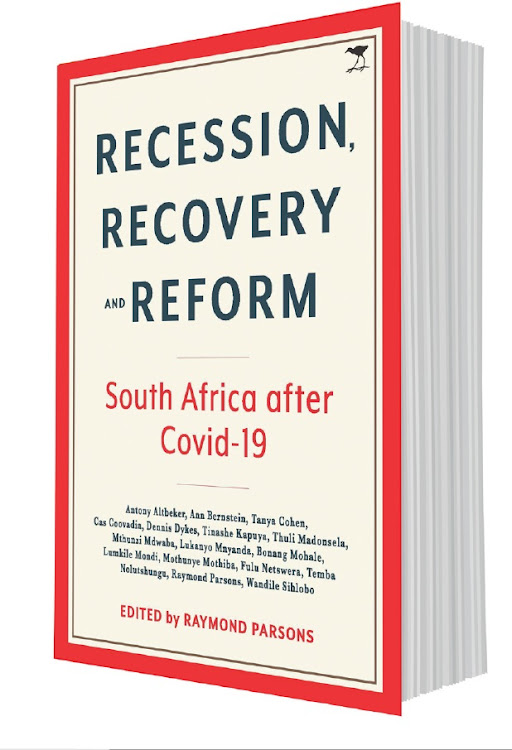 Can the law make a difference? The law has enormous power to transform society and relations therein through transformative norming and rights enforcement. I am convinced that economics is shaped by many societal dynamics, which include the law. Colonial and apartheid policy frameworks offer a clear example of the potency of the law in shaping society. Apartheid laws anchored a system of hierarchical and extractive power relations principally on the grounds of race and gender.

What happens when the repugnant laws are abolished? Do normal social relations resume? This is the vexing question that SA and other transitional societies face today. After the oppressive years, should the law treat everyone the same? Can this yield a socially just society?

I often liken the ugly and persistent shadow of past injustices to a two-team game of Monopoly in which the blue team is given a head start. Hours into the game, the pink team is allowed to join without the game being reset and also with less starting money. Equality in this context means that the teams are now equal, despite the accumulated financial, asset ownership and gatekeeping advantages that the blue team enjoys. From a global competitiveness perspective, the game suffers structural deficiencies as the teams’ assets are not optimally deployed.

It is my considered view that a similar legacy is bestowed by deleterious laws. Their legacy does not disappear with them. The power relations they create endure long after they are gone unless a new law or policy deliberately disrupts such power relations. This occurs through accumulated socioeconomic advantages enjoyed and retained by the previously privileged and the accumulated socioeconomic disadvantages that continue to keep the historically disadvantaged down.

During this first phase of SA’s democracy there have been attempts to use the law to transform socioeconomic relations in the pursuit of equality and broader social justice, while also fostering economic growth. Such initiatives have been of a legislative and judicial nature. Legislative initiatives advancing social justice have tended to be confined to special programmes and laws that target designated groups for advancement, while prohibiting direct and indirect discrimination on an everyday justice basis. Here the focus is on providing “on-ramps” for historically excluded groups, such as blacks, women and people with disabilities, while ignoring systemic challenges in the mainstream that kicked them out in the first place. The focus has also been narrow, covering only formal employment, integration into and support from existing businesses, and access to state contracts. Examples include the Employment Equity Act, the Broad-Based Black Economic Empowerment Act and the Preferential Policy Framework Act.

Black economic empowerment (BEE) has an assimilationist agenda focusing on the inclusion of the historically advantaged in the control of existing, limited opportunities. This is in contrast to a diversification agenda which expands opportunity streams for the historically excluded and the economy as a whole. BEE restricts access to state contracts to those who comply with its assimilationist agenda in such a way that the Preferential Policy Framework Act has almost become redundant.

No crisp answers have been provided on how to reverse residual and de facto inequality in the broader economy, such as in the areas of health, public transport, asset ownership, public infrastructure and education, including university education. It appears that the only sector that has confronted de facto discrimination meaningfully and continues to do so is higher education. The non-exhaustion of constitutional opportunities is also a challenge, as is evident in the clamour to change section 25 of the constitution to address the land restitution and redistribution backlog without having tested the limits of the current provisions through law reform and litigation.

Can we afford to ignore the cry for social justice? Is it even our problem, since we are neither the state not the ones who caused the problem? Such questions remind me of an African proverb: we are being chased by a leopard and we are arguing about whether it is male or female. The reality is that we are in the same boat in SA. If it sinks, we all go down with it; if it floats without going anywhere, we remain in limbo; and if it advances towards its destination, so do we all.

It is clear that the economy we hoped for is yet to materialise and so is the constitutional promise of shared prosperity within that economy. It is also clear that the law has been both a stimulant and an impediment to creating the economy of our dreams. The economy is not yet aligned with our constitutional promise to establish a democratic society founded on social justice, which has had to rise from the ashes of apartheid and patriarchy.

I’ve always said that as long as there is injustice somewhere, there can be no sustainable peace anywhere. As the socioeconomically excluded poor and lower middle class face the increasingly harsh realities of poverty and inequality, both of which have been growing in SA, hunger and anger also grow. Political entrepreneurs are harnessing this anger more and more to get disaffected groups to reject democracy and people who are not like them.

It does not take rocket science to know that as SA navigates the fourth Industrial Revolution, improving its global competitiveness status requires its people to be healthy and appropriately educated and for everyone to have access to well-functioning infrastructure and other publicly managed resources. If the many pressing challenges are to be addressed, those in charge of economic policy design and law reform would be advised to heed the words of Martin Luther King Jr: "When machines and computers, profit motives and property rights are considered more important than people, the giant triplets of racism, materialism, and militarism are incapable of being conquered. A true revolution of values will soon cause us to question the fairness and justice of many of our past and present policies.”

It is our duty to ensure that justice for all, including economic justice, is achieved as this will serve as the main pillar that “upholds the whole edifice” of our society, as Adam Smith advised. It is also our duty to ensure that our laws, policies and private actions contribute to an economy that leaves no-one behind. Failure is not only a betrayal of those who worked for justice before us; it is also a betrayal of our own economic fortunes and aspirations, and those of future generations.

• Madonsela, a former Public Protector, is professor of law and chair in social justice at the University of Stellenbosch. This is an extract from the chapter she authored in Recession, Recovery and Reform: SA After Covid-19, edited by North-West University Business School professor Raymond Parsons.

ISAAH MHLANGA: How SA can push through the crowd of policy proposals

IAIN WILLIAMSON: How to develop an all-inclusive economy through education and ...

NOLITHA FAKUDE: A reset based on the consensus that we have built during the ...

SIFISO SKENJANA: Basic income grant will remove poverty as a barrier to growth

IAIN WILLIAMSON: How to develop an all-inclusive economy through education and ...

NOLITHA FAKUDE: A reset based on the consensus that we have built during the ...

SIFISO SKENJANA: Basic income grant will remove poverty as a barrier to growth