SA’s corporate and country model is still that of the apartheid era, but there are six ways to fix that 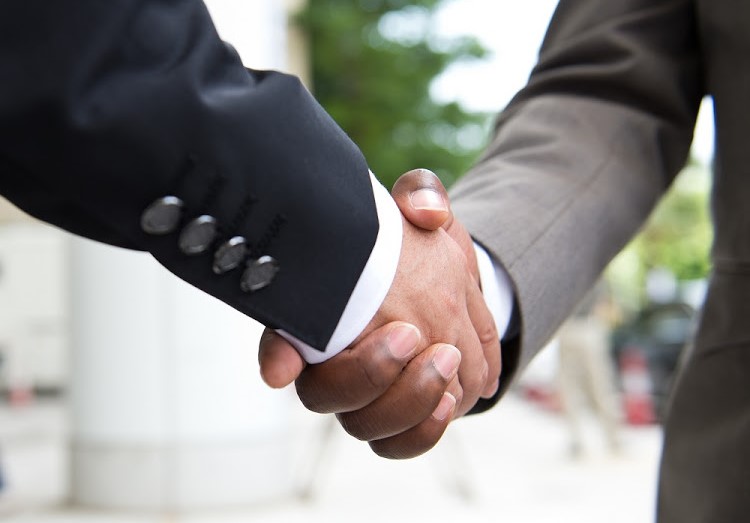 SA’s apartheid-era corporate model, which has been unchanged in the democratic dispensation, is one of the main reasons for conflict, poor productivity and violence in the country’s labour market since 1994.

Whether in mining, agriculture or retail, the model has been based on low wages, migrant labour, minimal skills transfer and little provision of basic amenities for ordinary workers, and huge remuneration and benefits for executives. The model has been the basis of the competitiveness of many SA corporates.

The violence at what was Lonmin’s Marikana mine in 2012 was mostly related to the failure of this model and the worker rebellion against it. Impala Platinum even acknowledged in its 2013 annual report that the Marikana crisis went beyond a breakdown in communication between managers and workers and was a legacy of the apartheid-era operational model.

The corporate model that emerged from the institutional environment of colonialism and apartheid essentially has six broad pillars.

The first is no different from that in many other countries, with the dominant corporate management culture being top down and hierarchical, with decisions made by top management and employees required to execute them at the lower end.

A second aspect of SA’s management approach is the apartheid legacy of the racially divided workplace, where whites are predominantly in top positions and blacks in inferior ones. Blacks are mostly the employees who must follow instructions while management and ownership are mostly white.

The third aspect of the apartheid business model is that profit-making is generally based on low wages, minimal skills transfer and minimal rights. Blacks earn lower wages and have fewer benefits and advancement opportunities for doing the same jobs as whites.

During apartheid there were no obligations on mine companies to regulate the health and safety of black employees.

Fourth, SA corporates take out higher profit yields than their international peers — on the back of squeezing the rights, benefits and jobs of ordinary, mostly black employees. The global industry cash flow return on investment performance handbook produced by Credit Suisse, which measures cash flow return on operating assets, adjusted for inflation, shows that SA companies are the most profitable in the world.

Between 2000 and 2008, payouts to shareholders in mining companies “were significantly above the average for the wider economy”. These trends show the overwhelming prioritisation of shareholder value maximisation, which dictates that costs are minimised, especially labour costs.

The fifth pillar is that many corporates are infused with racial prejudice. Racism in SA is institutionalised. In their research, sociologists Eddie Webster and Karl von Holdt showed that the racial structure of SA society was mirrored in the workplaces. This was reflected in the racial division of labour; structuring of workplace power based on race; segregation of facilities based on race; black migrant labour and the compound system, whereby blacks are housed separately in single-sex hostels.

Many SA companies are steeped in entrenched institutional racism, which is “disguised in standard operating procedures”, policies and organisational culture, whether criteria for appointment or promotion or measuring “competence” or undervaluing black ideas.

The sixth pillar of the business model is the very narrow version of capitalism corporate SA ascribes to, based on the Margaret Thatcher and Ronald Reagan variant, which argues for unregulated markets and no or very limited role for government, and which is often hostile to trade unions or employee representation in decision-making.

Other varieties of capitalism, whether Northern European, German, Swedish, Southeast Asian, South Korean or Japanese, are much more stakeholder- and partnership-orientated, embracing employee participation and partnerships with trade unions and government.

At the core of a potential SA variety of workplace democracy is the need for black employees to be treated and valued as human beings. Their input into strategy formulation and implementation must be actively sought, recognised and rewarded. They must be empowered to make decisions in their own sphere at their workstations without having to wait for approval from supervisors.

A new corporate welfare approach ... also has the potential to transform the apartheid corporate model

Black employees must be rewarded for increases in productivity, just as CEOs are rewarded in the form of bonuses, shares and increasing employee ownership. It is crucial that employers provide employees with training that will not only make them productive in their current jobs but in the broader economy.

Social pacts at company level, among employees, management and trade unions, in which they agree on productivity targets, industrial relations and return for rewards, has great potential to transform the apartheid corporate model too. Trade unions, employees, customers and surrounding communities must be treated as stakeholders.

The current BEE policy, in which individual political capitalists close to the ANC leadership are given a slice of white-owned companies, must be scrapped. Employee economic empowerment (EEE), in which employees are empowered with company shareholding, profit-sharing, relevant skills training and asset transfers, such as housing, are more sustainable options.

BEE must include giving surrounding communities stakes in companies through community trusts or co-operatives in which they have a direct stake, with every community member being a shareholder. Employees and communities, as “co-owners”, would then share in the yearly dividends when profits are made and in the losses during downturns.

A new corporate welfare approach, like the corporates in successful East Asian developmental states, such as Japan, South Korea and Singapore, providing employees and their families with shares, housing and education, also has the potential to transform the apartheid corporate model.

SA companies could also provide housing, education funding and insurance, industry-relevant vocational and technical training, and could establish vocational and technical training colleges open to both employees and non-employees. SA companies should also make sure that they find former black employees and their families who have not received their pensions because the pension funds claim they cannot trace the beneficiaries.

Increased workplace democracy also has the potential to tackle institutional racism in the workplace. Companies will have to deliberately combat the racial bias of “whiteness” or white “privilege” — the automatic assumption that white people will be competent, whereas blacks must prove themselves first.

Unless the business model is transformed, SA will continue to have a strife-torn, racially charged labour market with large-scale inefficiencies and many more Marikanas.

• Gumede is an associate professor at the Wits University School of Governance. This is an edited extract from his chapter in the recently released publication “Marikana Unresolved: The Massacre, Culpability and Consequences”.

Most companies failing to comply with BEE laws, commission says

Amid the Black Lives Matter protests, companies need to find solutions to the inequitable distribution of wealth
Opinion
8 months ago

As business leaders, we have a moral and financial obligation to uplift our people and economy, and it starts with unlearning racial prejudice and ...
Opinion
9 months ago
Next Article

BEE is hard on bosses, but harder on the jobless

BEE is hard on bosses, but harder on the jobless