A rebel with a feminist cause — Diana Russell 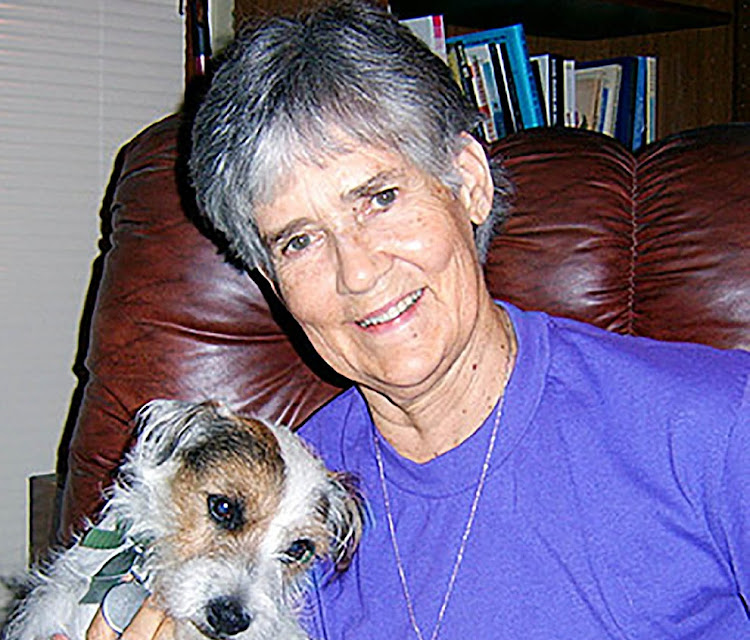 Recent years have seen an increase in protest, marches and public outcry about the scourge of violence against women. Social media groups are prolific and an abundance of non-profit organisations support victims, educate potential perpetrators and lobby for policy changes.

In the late 1980s in SA, the voices advocating the rights of women were few and far between and many were censured by the government. One prominent voice was that of Diana Russell, but decades before she embarked on activism against sexual violence, she demonstrated against the apartheid regime.

Her formal political initiation was as a member of the Liberal Party, founded by Alan Paton, which she joined in 1962 at the age of 23. Shortly after joining she was arrested while participating in a peaceful protest denouncing the banning of Peter Hjul, the Cape divisional chair of the Liberal Party. Later that year, with other disillusioned members of the Liberal Party, she joined the African Resistance Movement (ARM), an underground political organisation that questioned the viability of non-violent strategies. While Russell’s role in the resistance is not well recorded, she was instrumental in ensuring that the same fate did not befall the many women who played pivotal roles during the struggle.

In 1987 she set out to interview 50 women revolutionary activists. She travelled the length and breadth of SA, hyper vigilant that the Special Branch wouldn’t interfere in her interviews of many of the women who were either banned or under house arrest. She visited exiles in Zimbabwe and Zambia to complete her research, which culminated in the publication of Lives of Courage: Women for a New SA. Published by Harper Collins, the personal stories of these remarkable women, among them Gertrude Fester, Helen Joseph, Rhoda Kadalie, Rozena Maart and Winnie Mandela, gave a human face to the struggle.

While her work documenting the lives of SA activists was illuminating, it is the scope and volume of her research in violence against women that is breathtaking. In the same company as Catharine MacKinnon, Andrea Dworkin and Mary Daly, she has published 18 books, many of which have been translated. Her unpublished memoirs are contained in five manuscripts, one of which is aptly entitled Rebel with a Cause.

She organised the first feminist International Tribunal on Crimes Against Women in Brussels, Belgium, in 1976 at the opening of which Simone de Beauvoir pronounced: “I salute the International Tribunal as the beginning of the radical decolonisation of women.” It is largely due to her that the term femicide is used in the manner that it is now after she redefined it in 1976 to specify “the killing of females by males because they are female”.

Russell began her academic career at the University of Cape Town. After leaving SA she enrolled for a postgraduate diploma in social science and administration at the London School of Economics and Political Science (LSE). She graduated with an MA (1967) and a PhD (1970) in social psychology from the department of social relations at Harvard University. After working at Princeton, she taught the first course in women’s studies in 1968 at Mills College, where she worked for more than 22 years. She was professor emeriti of sociology at the time of her death.

Russell was the recipient of numerous international awards. One accolade she and Dworkin, Dorchen Leidholdt, Gloria Allred and MacKinnon shared was Asshole of the Month by Larry Flynt in Hustler after her successful anti-pornography campaigns against him and his publication.

She was never content with the mere academic research of sexual violence against women. For her, the work of dismantling the structures that supported the systemic abuse and rape of women and girls was necessary. In 1993 her one-woman organisation Guerrilla Women Against Patriarchy issued mock diploma certificates that welcomed misogynist men in to the “brotherhood of male chauvinist pigs”. Her commitment to legal non-direct political activism and acts of defiance led her to encourage others to similar actions. “I cannot say of any problem that a lone individual couldn’t endeavour to combat by engaging in one or more of the many examples of political activism included in my typology”, she wrote in her article, “Lone Radical Feminist Actions”.

In 1992 she received a funding grant from the Human Sciences Research Council and focused her research on incest in SA. The original objective of her research, which was to support women who contended that the opposition to sexism deserved more attention than what it was receiving, was soon subsumed by her growing realisation of the parallels between the tyrannical and brutal abuse perpetrated by white men on their family members and their fellow black citizens. It piqued her interest in “exploring whether there might be a connection between the patriarchal-cum-racist authoritarian attitudes of many white SA men in their private and public domains”. Her insistence “that people recognise that incestuous abuse, like woman-battering, misogynist murder (femicide) and non-familial rape is a political crime that is largely perpetrated by males against females”, found even deeper resonance in this context.

Russell was born in 1938, 30 minutes before her twin brother David. Ordained as a priest in the Anglican church, it was during his tenure as bishop of Makhanda that he ordained the first woman priest in SA.

Diana would go on to record the lives of dozens of anti-apartheid SA women activists, inform the work of hundreds of feminists who fought for women’s freedom from sexual abuse, and taught thousands during her prolific academic career. Her brother’s death in 2014 was marked by several local obituaries, and while Diana’s death has been mourned in feminist and academic circles internationally, the country of her birth has been subdued in its accolades. Even in her death, she makes the salient point.

• Tracey Saunders is a feminist, activist and writer.

After the oppressive years, should the law treat everyone the same? Can this yield a socially just society?
Opinion
11 months ago

Mindset of women too needs to change

Until women recognise the role they play in perpetuating the menace that is patriarchy, the cycle of abuse will continue
Opinion
11 months ago
Next Article