Fixing the US-China face-off is up to China, not the US

Technology is at the heart of the US-China trade war, with Xi Jinping not backing down any time soon 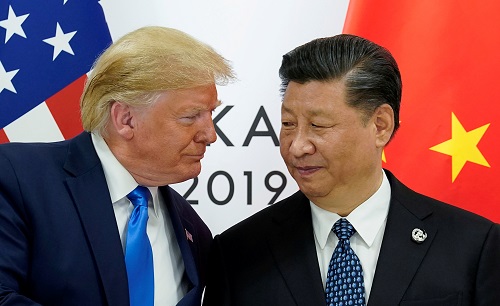 Chinese President Xi Jinping had successfully spent the last three years channeling the Trump administration’s belligerence towards Beijing into more support for himself at home, and more sympathy for China abroad.

Then came the pandemic.

China’s ham-fisted pandemic diplomacy will be regarded as a turning point in its relationship with the West. First, China covered up the pandemic during its early stages. Then Beijing embarked on an overbearing campaign of medical diplomacy that trumpeted its successful containment as proof of the superiority of China’s government model — a narrative undercut when some of the delivered aid proved ineffective. This was a disastrous combination for China’s image.

But while the pandemic has changed the relationship between China and a spate of countries for the worse — the UK, Australia, much of Europe, and India, among others — it has simply served to intensify the deterioration in US-China relations already underway. Today, one of the few things Democrats and Republicans agree on is the need for the US to take a harder line with China. That means that any hope of fixing US-China relations is now on Beijing, not Washington.

This summer’s developments have not been encouraging on that front. While Trump has long been focused on US-China trade, technology is taking centre stage of that trade fight. In recent weeks we’ve seen countries such as the UK bar Chinese state-champion Huawei from their future 5G telecoms infrastructure, done at least in part to appease US demands. Beijing has vowed retaliation to the move.

The US political class has spent years evolving into this anti-China position, and it cannot change course easily

Washington forcing the sale of TikTok’s US-arm to a new buyer has further intensified the tech battle, and will likely lead to further tightening of the environment for US tech firms operating in China. Even China’s fight with India following a Himalayan clash between their two armies resulted in a win for the US, as US firms have begun to push deeper into the Indian market following Delhi’s retaliatory ban on Chinese apps.

As the tech fight between the US and China continues to evolve, China has shown little sign of backing down.

A bruising US-China tech fight would be bad enough for our pandemic year; it’s exacerbated by China’s decision to take more aggressive postures on issues such as Hong Kong, Taiwan and the South China Sea.

Xi’s implicit contract with the political elite in China is that as he gains more power, he will be better equipped to oversee China’s rise as a global power and hegemon in Asia. To uphold that bargain, Xi must drive a hard line on issues core to China’s sense of sovereignty. Hence the recent crackdown of pro-democracy activists in Hong Kong and the passage of a new security law, and more assertive behaviour in the contested South China Sea.

These are moves not only aimed at China’s neighbours, but the US as well.

The US has responded in kind, most recently announcing the visit of US health and human services secretary Alex Azar to Taiwan, the highest-ranking official in years to visit the territory, and a clear signal to Beijing.

This move from the US isn’t surprising — the US political class has spent years evolving into this anti-China position, and it cannot change course easily. Even if Joe Biden wins the election in November, we are likely to see a similar anti-China bent is US foreign policy-making, even if the accompanying rhetoric is more subdued.

Which means that if anyone can alter the course of US-China relations at present, it is Xi, a transformational political figure with a proven track record of changing the party’s relationship with the economy, society, and international community. If there is a short-term off ramp for US-China relations, Xi will have to be the one who takes it.

Xi has spent the last three years trying to respond to US provocations with measured and proportional responses in hopes of projecting maturity while also dissuading future action that could hurt China’s economy. This was always a difficult tightrope walk for China’s leadership given the consensus views of China in Washington these days; three years into the Trump administration, that balancing act has begun to wobble.

The good news for China? The future state of US-China relations is largely in Beijing’s hands.

• Bremmer is the president of Eurasia Group and GZERO Media and author of “Us vs Them: The Failure of Globalism ”.

Resurgent Merkel gets to be the hero again

Both Trump and Xi are getting flak domestically over their handling of Covid-19, and neither are assured of another term, writes Ian Bremmer
Opinion
1 year ago

China ‘may target’ US journalists in Hong Kong