So who is keeping your adviser’s emotions in check? 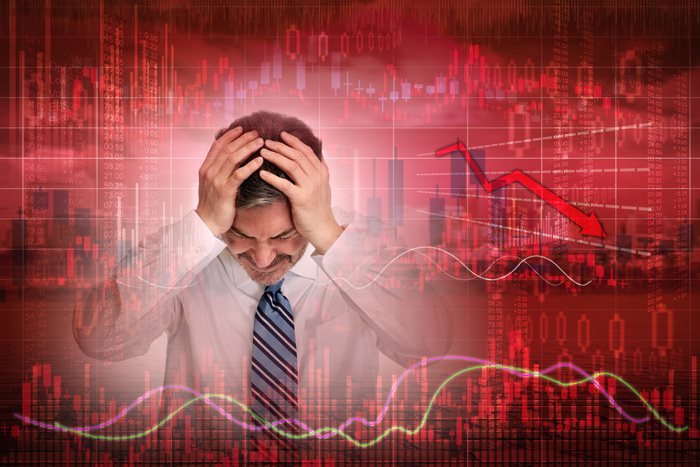 Emotive, knee-jerk reactions seldom ever work out well. Especially when it comes to investing. Picture: 123RF/KURHAN

One role of a financial adviser is to manage the emotions that come with investing, which is a good reason to have an adviser assist in managing your portfolio. That lack of emotion should lead to better decisions and outcomes over time.

Countless research findings show that being able to manage emotions is a ingredient for investment success. However, the focus of this research is often, if not always, on the client. Who is paying attention to the emotions of the adviser? What effect does adviser behaviour have on client portfolios and investment outcomes?

After all, advisers are human and subject to the same emotional drivers their clients face. Two emotive issues South Africans are facing today are those of offshore vs local markets, and whether a policy of prescription will apply to retirement funds.

The issue of prescribed investments for retirement funds is not new. It was among several policy issues raised at the 2017 ANC elective conference.

It stayed on the ANC’s agenda and made it into the 2019 manifesto, and with Covid-19 causing economic mayhem around the world it has come back firmly on the agenda as a source of funding.

SA’s fiscal position has been deteriorating over the past decade, so it’s entirely possible that prescription had been considered before 2017.

Surely the ANC could have pushed prescription through by now? Why is it taking so long to do so? Could the unions be fighting back? Could it be that voters who see their pension values directly impacted by the policy decide to flex their collective muscle?

The reality is that Regulation 28 of the Pension Funds Act already displays a form of prescription with asset limits.

The maximum limits imposed only appear to be a problem in terms of offshore exposure, and many funds are way below the 10% that can be invested in the rest of Africa. It may be possible that retirement funds could entertain whatever proposal comes forward.

With so many unanswered questions it is puzzling to see some advisers telling people to move their money out of their retirement products now, pay a hefty tax bill and invest the proceeds offshore.

These are irreversible actions that can destroy value for investors. The messaging is easy to accept — the ANC is coming to steal your retirement fund! Totally believable for many in an environment where officials are stealing from the unemployed and the hungry, but emotional, nevertheless.

A more prudent approach may be to stop contributing for now and save those funds until February 2021. If it looks like prescription is progressing, then take those funds and invest them where you see fit. If, however, prescription is off the table, the tax benefit is still there for the taking.

The offshore vs local debate is another emotionally charged issue, though prudence would see people investing both offshore and locally.

Several of the issues in this debate are related to those of prescription, but often recent relative performance is a driver. The graph below shows the relative performance of the JSE all share index relative to the Dow Jones Industrial index (DJI). There is clearly one winner there with the DJI delivering 2.7 times the return of the JSE.

The pitch is that SA is broken and offshore is the only place to be. This may have an element of truth as we’ve had to contend with the twin viruses of corruption and incompetence for the better part of the past decade before Covid-19 struck. However, when you look at the longer term, say another 10 years back, a different picture emerges.

SA vs offshore: past decade and past two decade 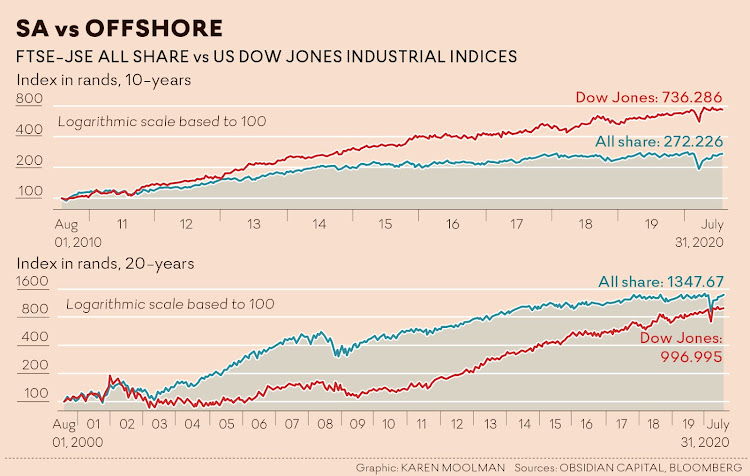 Despite the underperformance of the past 10 years, the all share index has still outperformed the Dow Jones industrial index  over the past 20 years. The reality is that many companies on the all share index earn the bulk of their earnings outside SA. Many of these companies are now a lot cheaper than their offshore contemporaries.

Identifying emotions in others is not always easy. Sometimes it comes across as thoughtful and even insightful.

As a financial planning practitioner, I sometimes struggle to identify some of the less obvious investor behaviours which can be destructive to a sound, long-term investment strategy.

It must be harder for clients to identify such behaviours in their advisers.

Some clues to look out for: is your adviser comfortable with ambiguity and uncertainty? Are they encouraging you to take drastic action now or face the prospect of eternal damnation? Or is your portfolio already well balanced, with increasing risks resulting in tilts towards or away from offshore and, or retirement products?

Emotive, knee-jerk reactions seldom work out well, especially when it comes to investing.

State raid on pensions would be a disaster — but don't panic

Give your retirement income legs rather than aiming for a jackpot

Have multi-asset funds lost their balance?

Why pay more tax if you can save instead?

Have multi-asset funds lost their balance?

Why pay more tax if you can save instead?