PAUL HOFFMAN: It’s time to take corruption to task, once and for all

No room for corruption during Covid-19 is a great mantra, yet endless anti-corruption task teams are all talk and no walk 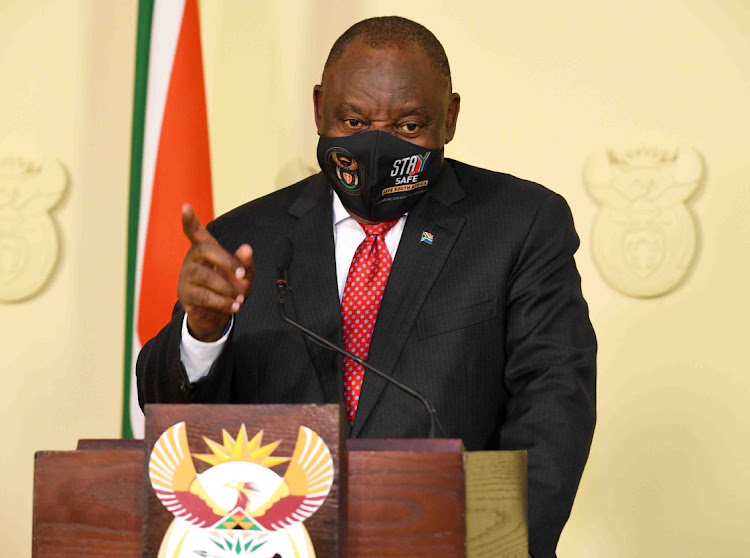 President Cyril Ramaphosa dealt with two main topics when he addressed the nation on television last week: the closure of schools during the height of the pandemic, and the need to counter the grand corruption raising its ugly head as the state tries to see off Covid-19.

He said: “From the outset of our response to the pandemic, we have been quite clear that there should be no scope for corruption in the use of these resources. More so than at any other time, corruption puts lives at risk. We therefore put in place several preventative measures ... [We] have established a collaborative and co-ordinating centre to strengthen the collective efforts among law enforcement agencies so as to prevent, detect, investigate and prosecute Covid-related corruption.”

“With an operational hub at the FIC, this [co-ordinating] centre is investigating allegations of corruption in areas such as the distribution of food parcels; social relief grants; the procurement of personal protective equipment and other medical supplies; and the Unemployment Insurance Fund (UIF) special Covid-19 scheme. At least 36 cases are currently at various stages of investigation and prosecution.”

However, this “operational hub” is not what the law requires to counter corruption, nor will it enjoy any greater success than the puny attempts of the Zuma era’s unconstitutional “anti-corruption task team” (which has apparently since been jettisoned). The law requires a single entity of adequately independent status that is equipped and capacitated to counter the corrupt among us effectively and efficiently. It does not require a cobbled together hydra-headed monster of dubious skill, capacity, resourcing and independence.

The words of the Constitutional Court as expressed by the chief justice as long ago as November 2014 do not leave room for doubt.

While the NPA is hobbled, as its leadership admits, the prospects of the state mounting successful prosecutions are as remote as they were on Jacob Zuma’s watch

This is what the court held: “All South Africans across the racial, religious, class and political divide are in broad agreement that corruption is rife in this country and that stringent measures are required to contain this malady before it graduates into something terminal.

“We are in one accord that SA needs an agency dedicated to the containment and eventual eradication of the scourge of corruption. We also agree that the entity must enjoy adequate structural and operational independence to deliver effectively and efficiently on its core mandate.”

The president, by giving the task to nine different agencies, is creating a hydra-headed monster with 90 fingers that can be pointed in eight different directions when excuses are invented for the easy-to-anticipate lack of progress with the issuing of orange overalls.

Already, the NPA talks incessantly of capacity constraints, staff shortages, its lack of artificial intelligence equipment, its “hollowing out” during state capture, and the presence of cadres of the Zuma era still planted in its depleted ranks to act as “saboteurs” of any state efforts to counter grand corruption without the expertise required.

As the prosecutorial work on corruption (and, indeed, all other crime) is constitutionally reserved for the NPA, it is plain that the president hasn’t been listening to his national director of public prosecutions Shamila Batohi, and the head of the NPA’s Investigative Directorate, Hermione Cronje, who he tasked with dealing with state capture. If he has heard them, he is not taking them seriously enough to actually put in the work involved to properly implement the Constitutional Court’s binding decision.

The stakes could not be higher: recovery from the ravages of the pandemic is a top priority of governments around the world. Prejudicing its prospects through bad tender practices, cronyism, nepotism and grand corruption places our country on the slippery slope towards failure as a state.

The words of two retired justices (Dikgang Moseneke and Edwin Cameron) of the Constitutional Court bear repeating: “There can be no gainsaying that corruption threatens to fell at the knees virtually everything we hold dear and precious in our hard-won constitutional order. It blatantly undermines the democratic ethos, the institutions of democracy, the rule of law and the foundational values of our nascent constitutional project.

“It fuels maladministration and public fraudulence and imperils the capacity of the state to fulfil its obligations to respect, protect, promote and fulfil all the rights enshrined in the bill of rights. When corruption and organised crime flourish, sustainable development and economic growth are stunted. And, in turn, the stability and security of society is put at risk.”

Corruption is a serious crime against the state, a crime against humanity. It is a form of “theft from the poor” that impacts negatively on the achievement of equality in society when public resources are looted or become the subject of malfeasance or maladministration of criminal dimensions. “Corruption is a killer”, as judge Navi Pillay famously put it, forcefully and succinctly.

Odds of being caught

Corruption is driven by greed and is committed after a calculation made by those involved in its perpetration. “What are the odds of our being caught and punished?” they ask before taking the plunge. The current arrangements in SA reveal that there are too many people in SA who calculate that, nine state bodies notwithstanding, their prospects of impunity are sufficiently good to justify taking such risks as may flow from the commission of the crime of corruption.

They all know that while the NPA is hobbled, as its leadership admits, the prospects of the state mounting successful prosecutions are as remote as they were on Jacob Zuma’s watch.

It is in the actual prosecution of the corrupt that the tyres hit the tar. No seriously large corruption prosecutions have been mounted — let alone won — since the demise of the Scorpions by an ANC conference resolution taken in Polokwane in December 2007. This resolution was urgently formulated to protect Zuma from prosecution for corrupt activities he allegedly indulged in prior to his presidency of the ANC and then the country.

The Hawks have been a failure through no fault of their own. They were set up to fail so that Zuma-era state capture could proceed undisturbed by anything as pesky as a constitutionally compliant Hawks investigation. When Anwa Dramat tried to exercise independence by asking for the Nkandla dockets, he was swiftly eased out of office as head of the Hawks.

The courts have laid down in binding fashion the criteria that apply to the entity to which the chief justice made reference in the passage quoted above. The anti-corruption entity must specialise in anti-corruption work; its personnel must be appropriately trained, secure in their tenure of office; and resourced adequately and in a guaranteed fashion.

Above all, they must be free of executive control, influence and interference. Put differently, they must be adequately independent to function without fear, favour or prejudice.

The best practice way of giving effect to the judgments is to establish an integrity commission as a new Chapter Nine institution. This has been suggested to the president by the IFP in parliament. “Not at this stage”, he said in reply to the suggestion last June.

If the pandemic and the accompanying spike in corrupt activities persuade the president to revisit his “not at this stage” response, it will not be a moment too soon. If not, it will be necessary to litigate the lack of seriousness with which the judgments are taken.

• Hoffman is a director of Accountability Now.

If, by some miracle, the president pulls it out of the hat, he will be a hero
Opinion
8 months ago

New regulations allow evidence from the Zondo commission to be accessed and used by law enforcement agencies, such as the NPA
National
8 months ago

The chief justice said the complaint lacked substance, but Montana will appeal the decision, referring again to a ‘witch-hunt’
National
8 months ago
Next Article