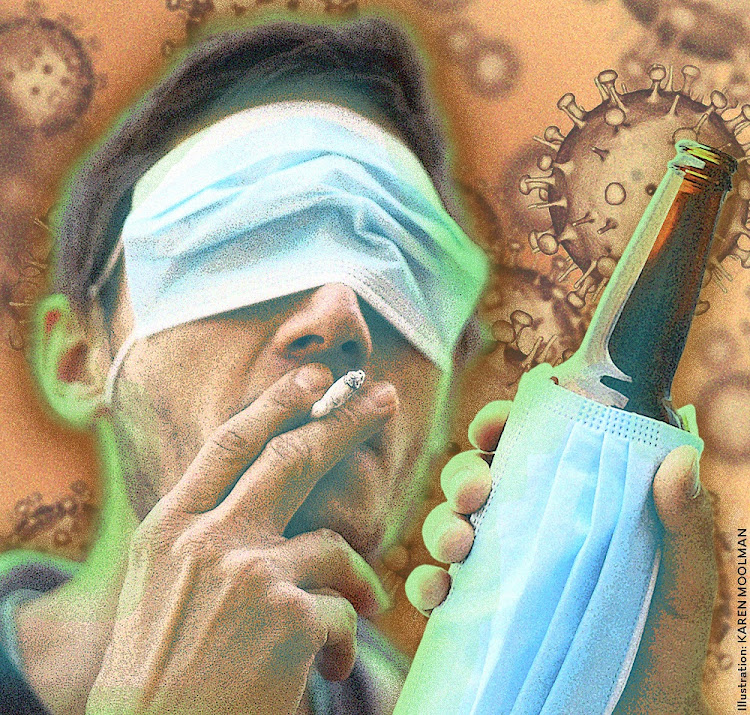 The president, health minister and other cabinet members have on various occasions scolded South Africans for not adhering to myriad regulations the government has announced to curb the spread of the coronavirus. And they would seem to have good reasons for doing so given that SA not only has the most Covid-19 infections in Africa but the fifth highest number in the world.

Why are South Africans so loath to follow these seemingly well-intended regulations? The lack of respect for the law and regulations in a time of pandemic is surely cause for concern, as it can have fatal consequences not only for those who disobey the regulations but for all those with whom they make contact.

One cannot abide by the law when it suits you and break the law when it does not. The Greek philosopher Socrates (470-399 BCE) took this principle to an extreme when, after being sentenced to death, he refused a friend's offer to help him escape based on his respect for the law, even though he maintained his innocence. Socrates was duly executed.

In the modern world a case can be made for breaking the law on moral grounds in circumstances where specific laws are generally regarded as unfair or unethical. This is in fact what Nelson Mandela did under the apartheid legal dispensation. Civil disobedience is a recognised form of moral protest, but it is a form that should be used only as a last resort, after all other legal remedies have failed. And it should be used only in cases where fundamental human rights are at stake.

Given that living in a state of general lawlessness is not only inconvenient, unpredictable and unsafe but also potentially lethal, how should we make sense of the widespread disrespect for the recent spate of regulations issued to stop the spread of Covid-19 in SA?

There are at least four considerations that might play a role in  South Africans’ reluctance to abide by the regulations.

In the case of the corona pandemic, when people wilfully refuse to abide by regulations related to face masks and social distancing and get away with it, they set the tone for a much wider disregard for the regulations. In a time when the disdain for regulations has become a matter of life and death, there is a moral obligation on all citizens to not make exceptions of themselves, even if they do not personally agree with the regulation concerned.

Another reason for not abiding by the law, or the spirit of the Covid regulations, is sheer desperation, which may apply to a sizeable part of our population. In the field of ethics there is the principle of “Bread first, morals later”, which recognises that personal survival overrides all other concerns.

Though theft is generally regarded as morally unacceptable, we tend to judge people differently if they steal food just to stay alive. What applies to ethics also applies to the law. People who are unable to feed their families due to the lockdown are likely to resort to all possible means to stay alive, including illegal means. This stark reality should remind us as a society that we have a moral obligation to provide for those who find themselves in desperate situations where survival has become the overriding concern.

Respect for the law and regulations is also undermined by inconsistent application. This is especially the case when the application of the law and regulations depends on the position you occupy in society or in an organisation. There are few things that erode the credibility of legal and regulatory standards as rapidly as when one set of standards is applied to the big fishes, and another to the small fishes in the pond. US President Donald Trump is a good example of this: by ignoring for months the advice of health experts in his own country when it came to the use of face coverings to curb the spread of the virus, he unwittingly encouraged others to do the same.

The inconsistent application of Covid-related regulations in SA, specifically with regard to the size and protocols of group gatherings and social distancing on public transport, undermines the credibility of the regulations and thus invokes a spirit of “if they can do it, why can’t I?” If the government and the law enforcement agencies want to see more respect for the regulations there is a moral duty for them to ensure not only that the regulations are rational, but the application and enforcement is consistent.

We are faced with regulations that border on the absurd. A political commentator recently remarked that though it is illegal to visit your mother, it would be perfectly legal — should your mother pass away — to get into a taxi filled to 100% capacity and attend her funeral along with 50 others.

Plato, a contemporary of Socrates, argued that good people do not require laws to tell them to act responsibly, while bad people will find a way around laws. This is a timely reminder that the cure for lawlessness does not lie in making more laws, but in moral character. As we approach the peak of the corona pandemic in SA, leaders from all walks of society would do well to not only appeal to others to respect the law and regulations, but to ensure they are rational and fairly and consistently applied. Then they could appeal to people’s moral consciences to simply do the right thing.

• Prof Rossouw is CEO of The Ethics Institute.

NOLITHA FAKUDE: A reset based on the consensus that we have built during the Covid-19 crisis

Government, business, labour and civil society need to agree on a way forward to rebuild SA's economy
Opinion
9 months ago

Global co-operation is what helped move billions out of poverty, and we need it now to get the world out of the Covid-19 quagmire, writes Børge Brende
Opinion
9 months ago

CLAIRE BISSEKER: SA’s habit of appeasing labour is pushing us towards ruin

Forking out for public servants has cannibalised budgets for key sectors, including health care and education
Opinion
9 months ago

KGANKI MATABANE: Inclusive strategy needed to get small businesses back on their feet

PETER BRUCE: Worker-filled factories just another of the ANC’s fantasies

PETER BRUCE: Worker-filled factories just another of the ANC’s fantasies