Investors are dragging their feet over gender transformation 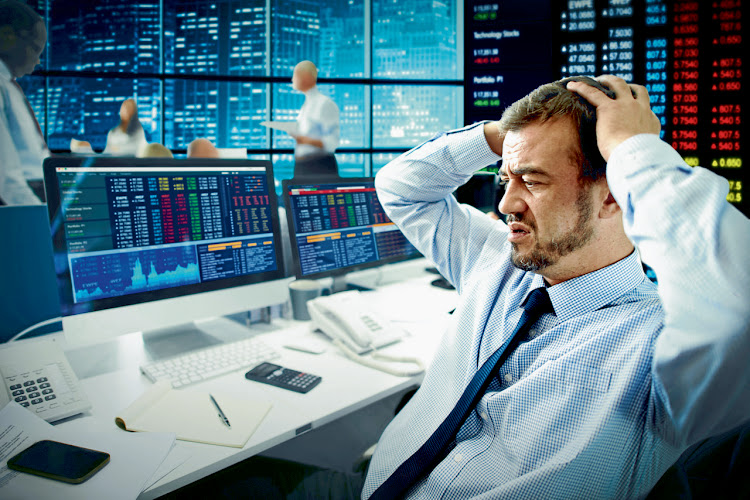 Regarding making good business decisions, representation matters. Always. The acknowledgment of this truth is what has led to the wide-ranging racial transformation of businesses across SA over the past 20 years, albeit with significant regulatory and investor prompting in terms of equitable-ownership and BEE commitment.

But in its concerted drive to secure racial equality, SA and Africa as a whole appear to have overlooked another aspect of representation that is just as important — gender. It is a concerning, and somewhat confusing, truth that while significant efforts have been made by many organisations to achieve appropriate levels of female representation and ownership, the will to do so simply does not seem to be nearly as strong as has been the case with racial equality.

Much of the responsibility for this gender transformation inertia seems to lie at the feet of investors — not just in SA but globally. The statistics bear this out. In 2019 only 2% of all global venture capital (VC) investments was allocated to female-founded or cofounded businesses, and just 12% of global VC went towards supporting companies in which at least one woman was in a senior management role. The figures for Africa are marginally better, but still dismal. On the continent less than 5% of all VC funding went to businesses with female founders last year.

The blame does not entirely lie with investors, especially given that even the most forward-thinking of them would have been hard-pressed in 2019 to find compelling women-owned businesses to invest in. Within the sought-after tech investment space, just three of the 46 leading tech start-ups that were funded with more than $1m in Africa last year had women on their founding teams.

In Africa it is an important enabler of sustainable success, given the extent to which the survival of businesses on the continent depends on the upliftment and support of the communities in which they operate

It is a puzzling situation given that extensive evidence exists that businesses with strong female ownership, representation or even just leadership input enjoy a competitive advantage. In Africa research shows that females in start-up founding teams are often more experienced and educated than their male counterparts. And due to the typically higher empathy levels of female founders they tend to establish businesses with stronger social and developmental mandates, which are vital components for success in emerging economies.

Furthermore, it was found in research done by the Boston Consulting Group (BCG) that female founders are more likely to reinvest up to 90% of revenues into the development of the societies in which they operate, while for their male counterparts this is typically about only 50%. When females invest back into their societies, research shows that their beneficial investment extends to children, the disabled, the elderly and society at large. This chain reaction will unlock exponential benefits for future generations.

This social-development focus is not just a feelgood aspect of female leadership. In Africa it is an important enabler of sustainable success, given the extent to which the survival of businesses on the continent depends on the upliftment and support of the communities in which they operate.

And various global studies have shown that the value of female ownership and leadership in the tech start-up space goes far beyond the social imperative. It was found in research by the Kauffman Foundation that private technology companies led by women are more capital-efficient, achieving 35% higher return on investment and, when venture-backed, 12% higher revenue than start-ups run by men. It was found in a US study based on First Round Capital’s portfolio that women-founded companies outperformed those founded by men by 63%. These findings were confirmed by another BCG study in 2018, in which it was found that venture capitalists could have made an additional $85m over five years if they had simply invested equally in women- and men-founded start-ups.

The funding mandates given to institutional investors should begin requiring them to allocate much of their capital towards companies with strong female representation. Not just female ownership and management, but also broad-based female employee representation and even high proportions of females in their customer bases.

This mandate transformation requires a significant paradigm shift within the broader business start-up ecosystem, where, according to a 2016 World Bank report, most product design mandates are still being defined by men, with the expectations and requirements of males in mind. Shifting this design mindset to focus more on women will almost certainly result in more inclusive, innovative, executable and “investable” technology.

It is also high time that women are given real opportunities to own their rightful places at business decision-making tables. Research points to about 65% of funding into businesses where women are included as key decisionmakers outstripping funding of companies where only men have a say. Small wonder that Goldman Sachs has now instituted a policy not to fund any company that cannot demonstrate high levels of female leadership representation.

A key component required in leveraging investment to transform gender representation in business is to ensure a similar transformation among investors first. Such a gradual shift is becoming evident in Africa, where the historically male-dominated investment ecosystem is now welcoming growing numbers of female investors, analysts and researchers.

Given the amount of evidence on the value of women-owned and influenced businesses, it is clear that the gap between knowing the facts and acting on them needs to be bridged. Hopefully, as the shared value and benefits of greater levels of racial equality in boardrooms and investment houses become increasingly evident, more conversations will start about the urgent need for the same transformation from a gender perspective.

The results already being achieved by investors and businesses that are prioritising the role of women make a compelling case for venture capitalists to move quickly to fund the shift to a more female-focused, and driven, digital African economy.