Global co-operation is what helped move billions out of poverty, and we need it now to get the world out of the Covid-19 quagmire 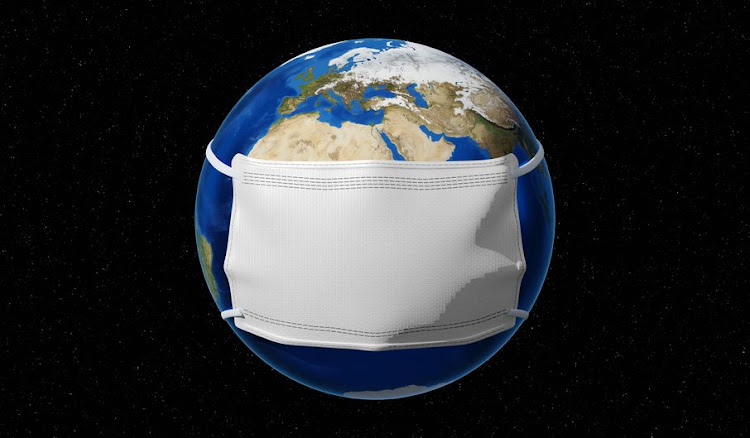 There is a great global misalignment; at the very moment co-operation is more vital than ever to address urgent challenges, it is in decline.

In late June, referencing the fractured response to the Covid-19 crisis, UN secretary-general António Guterres warned that “there is total lack of co-ordination among countries”. Some have gone further, drawing on examples from history and comparing the global quest for a Covid-19 vaccine to the space race between the US and the Soviet Union, in which each side was looking to “win” at the expense of the other.

Though lamentable, it should not come as a surprise that the coronavirus is showcasing a lack of global co-operation, and even opening a new frontline for competition. After all, the pandemic struck an already unsettled world — one in which profound shifts in power were underway and causing competitive instincts to overtake co-operative mindsets.

But the virus can also serve to re-set these instincts by reminding global actors that co-ordination is the key to advancing not just shared priorities, but also self-interests.

The economic system is perhaps the most salient example of how frictions were increasing prior to the outbreak of the coronavirus. Between 1990 and 2015, extreme poverty declined from close to 40% of the global population to 10%. This result was largely possible because of a more integrated global economy and global value chains — the effect of comparative advantages between countries in action.

Unwinding this system would come at a high cost and would lead to lower growth and fewer jobs. Let’s not forget that almost 50% of global trade involves the global value chains.

Yet this system for advancing joint prosperity — albeit a system that was imperfect — was used in recent years as a mechanism for enacting punishment on rivals. Trade has become less about creating win-win agreements and more about gaining advantage at the expense of a global competitor. In late 2019, the International Monetary Fund (IMF) warned that rising trade tensions would pose a drag on economic growth of about $700bn in 2020.

The same increase in friction was manifesting in the area of technology. After years in which the US and China had identified areas for science and technology co-operation, a “tech race” is now quickly unfolding. This competition is high-stakes: the number of internet users has gone up from 1.6-billion during the 2008 financial crisis to 4.1-billion. And, artificial intelligence could increase economic growth by as much as 30% over the coming 15 years in those countries that master the technology.

This is why there is a sense that controlling — rather than co-operating on — frontier technologies is a path towards material and geopolitical gain.

Amid today’s polarised context many have pointed to the co-ordination that took place in the wake of the 2008 financial crisis as an example of parties uniting to address a common and urgent challenge. Only weeks after the collapse of Lehman Brothers, central banks around the world co-ordinated in cutting interest rates. Shortly after, members of the G20 met in Washington, DC and issued a joint declaration that they were “determined to enhance our co-operation and work together to restore global growth and achieve needed reforms in the world’s financial systems”.

The key lesson from the 2008 financial crisis was that co-ordination stemmed not from selflessness among parties, but precisely because it was in the interest of each party to work together. The global economy was so interconnected that a financial crisis in one country affected markets not just in another but in all those around the world.

Today, the world is even more intertwined than it was 12 years ago. The coronavirus — the effects of which have spanned borders and industries — makes this clear. And just as the coronavirus respects no line on a map, neither do cyber-attacks nor greenhouse gas emissions nor economic challenges. Only through co-ordinated action can the world climb out of a deeper-than-expected recession in 2020 as projected by the IMF, with global output declining by 4.9%.

This moment of crisis can serve as a stark reminder to leaders that global co-ordination is, in fact, in each country’s national interest. While the $9-trillion worth of combined stimulus measures G20 governments are injecting into their economies are vital to each country’s recovery, the Organisation for Economic Co-operation and Development has said that not only would co-ordination among countries make the stimulus measures “considerably more effective” but “unco-ordinated or unilateral action would exacerbate the overall social and economic costs”.

In other words, at a time when global leaders are looking to maximise the benefit of stimulus responses to their own citizens and businesses, they would do well to co-operate with one another. By generating positive outcomes in the immediate term, aligning responses to the economic crisis could serve as the spark that re-sets global postures away from rivalry and towards co-operation over the long term.

• Brende is president of the World Economic Forum.

While the coronavirus is the first genuine crisis of our geopolitically leaderless world, it is speeding up many geopolitical trends already in motion
Opinion
1 year ago

This will buy 100-million doses should the vaccine be approved, with the companies also agreeing to supply the UK with 30-million for an unknown sum
World
10 months ago

Vaccine experts warn that the first injection to be approved might not be the most effective or efficient, and history shows two doses is a more ...
World
10 months ago
Next Article