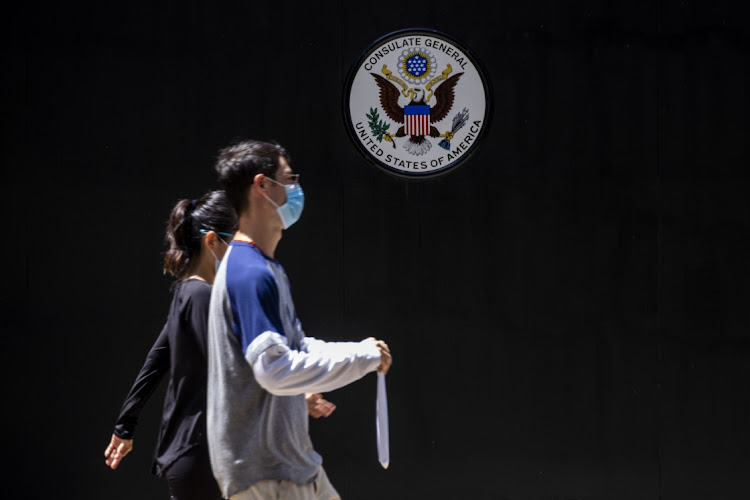 In addition to their embassies, China and the US have five consulates in each other's country (not including the US consulate in Hong Kong and Macao), according to the principle of reciprocity. Now the US has unreasonably asked China to close its consulate in Houston, giving staff there only 72 hours to leave the country. Normally, this would reset the two sides’ principle of reciprocity.

Washington has imposed various restrictions on Chinese diplomats and journalists based in the US since 2019. Chinese media outlets are defined as “foreign missions, and some Chinese journalists were expelled from the country. This has hurt China-US personnel exchanges deeply. Closing the Chinese consulate in Houston is a serious escalation of the situation. Once a country starts these things it is easy for the other to retaliate. It hardly benefits the country that instigates such dispute.

The US state department declared that the US closed the consulate to “protect American intellectual property and Americans’ private information”. This is a lame excuse. China and the US share one of the largest bilateral trades worldwide, and personnel exchanges were very active under normal circumstances. The two sides need to set up multiple consulates to manage such exchanges.

The US mention of “intellectual property” and “private information” seems to imply the Chinese consulate in Houston has participated in illegal intelligence activities against the US. The US has lost its credibility. The size of Chinese consulates in the US is not larger than the needs of daily routine work. None of these consulates has thousands of diplomats and employees, such as the US consulate in Hong Kong and Macao.

Many people believe the Trump administration is creating China-US tensions to help his re-election efforts, that the US is trying to blame everything on China and make US voters, who do not understand China well, believe in Washington’s words. The November presidential election is driving Washington mad. /Beijing, July 22

The US says it is to protect the American people and their intellectual property, as China warns of retaliation
World
10 months ago

With his tenure as president solidified, Xi is now prepared to take on the world — from Hong Kong and the South China Sea to the UK and the US
World
10 months ago