Governors, senators and even US president are doing a U-turn on wearing masks 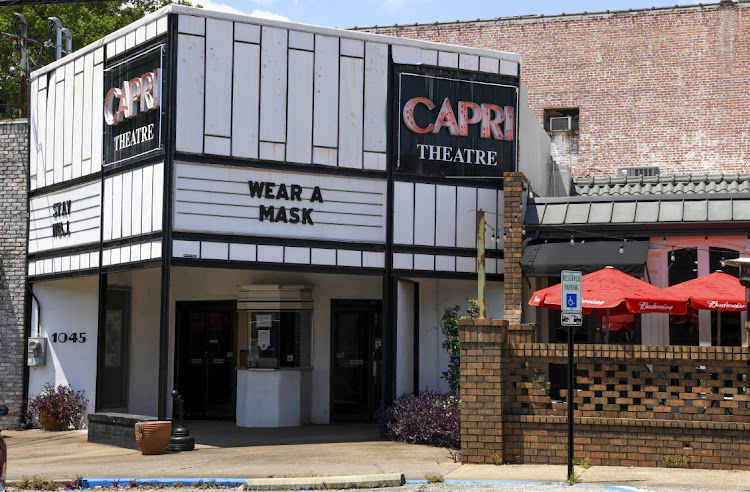 A sign reads "Wear A Mask" outside the Capri Theatre in Montgomery, Alabama, US, on July 20, 2020. Picture: BLOOMBERG/Julie Bennett

One by one, they’re coming around. Governors and senators and even, if briefly, a mask-wearing US president.

Last week, Alabama governor Kay Ivey announced a move she had previously resisted: a statewide mask mandate in the face of surging Covid-19 cases and hospitalisations. “We’re almost to the point where our hospital ICUs are overwhelmed,” Ivey said. “Folks, the numbers just do not lie.”

The Republican Party has also announced in a letter to delegates that it would hold a scaled-back convention in Jacksonville, Florida, next month. The new RNC 2020 will include a mix of outdoor and more sparsely attended indoor events — a concession the party and President Donald Trump resisted just weeks ago when the convention was to be held in Charlotte.

Are Republican leaders finally starting to catch up on Covid-19? Maybe some, at least. They’re wearing masks and pleading with people to do the same. They’re pulling back on state reopening plans they once defiantly announced. It is, we hope, part of a fundamental shift in Republican thinking about Covid, one that’s necessary for the country to slow the surge of infections.

We also hope it’s a message for others — whether they’re public officials or private sceptics — that it doesn’t matter if you doubt the threat of Covid. It’s real, and it’s growing most in places where officials underplayed the threat.

To be clear, no-one should gloat when officials come around on the virus, because that acknowledgment usually comes after Covid has risen to dangerous and costly levels. Certainly, no-one should rejoice when a coronavirus sceptic is confronted suddenly with the virus in a personal or deadly way, as is happening with more regularity.

And while Republican leaders have largely been the slowest to acknowledge Covid’s potential — and some are still holding out — Democrats have also mistakenly underestimated the virus. Missteps early on from New York governor Andrew Cuomo and New York City mayor Bill de DeBlasio were costly, and recently California governor Gavin Newsome has had to dial back what appears to be a too-ambitious reopening in his state. /Charlotte, July 19

As the US president’s approval ratings plunge over his handling of Covid-19, the economy and race relations, his team is trying to pin Biden as a ...
World
8 months ago

At least one transfer led to a super-spreading event, when the ICE moved 74 detainees, more than half of which later tested positive for Covid-19; ...
World
9 months ago

ANALYSIS: Anxious world might wait in vain for ailing Superman US to rescue it ...

ANALYSIS: Anxious world might wait in vain for ailing Superman US to rescue it ...