‘Magic money’ easy to conjure, but its spell could haunt us

In theory, modern monetary theory appears to offer a way for SA to escape its current economic pain 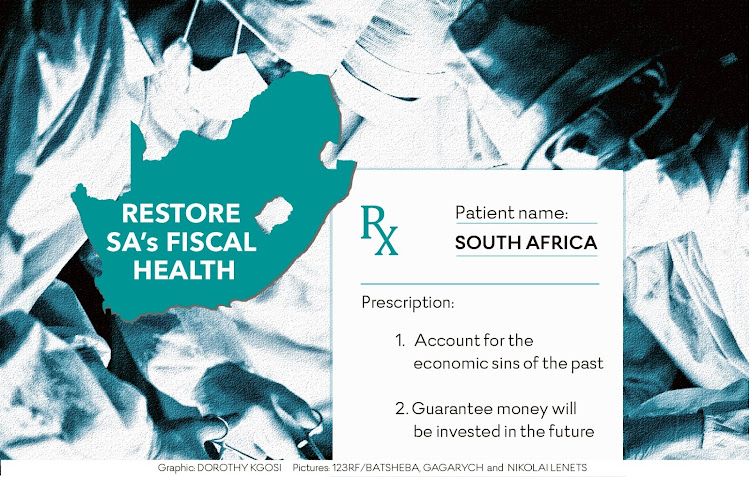 A patient requires open-heart surgery. Treatment for the underlying condition has thus far been unsuccessful. Now bold measures are required to keep the patient alive. Miscalculations could prove fatal. Yet there is a lack of consensus among the attending physicians on which procedure to attempt.

The patient in ICU is SA. The disease is the country’s chronic decade-long economic malaise, compounded by the acute shock of Covid-19. The sparring consultants are the economists and politicians fiercely contesting the economic policy required to keep the country from sliding into a terminal decline.

One of the options on the table is modern monetary theory (MMT), a heterodox economic policy gaining prominence worldwide. MMT suggests there may be a way for governments to spend their way out of recessions without sacrificing — indeed dramatically improving — voter wellbeing.

Given the apparent failures of more orthodox policy to cure SA’s persistently depressed growth and pervasive structural inequality, it is only natural populist policies like MMT have found resonance in SA, placing the SA Reserve Bank under the spotlight and leading to speculation of a radical monetary policy overhaul ahead.

The debate about monetary policy is emotionally charged and often lacking in nuance. Critics suggest “money printing” will lead down a path of fiscal slippage and hyperinflation to Zimbabwe-style ruin, while proponents argue increasing money supply and government spending is the best way to arrest economic free-fall.

However, ideology aside it is more productive to ask how appropriate MMT type policy would be for SA given the country’s economic circumstances. Answering this effectively requires solving for three important tensions: the short versus long term, the ideological versus practical, and the fiscal versus monetary elements of policy thinking.

Start by diagnosing the patient

MMT is a new framing for an old idea: the idea that governments with monetary sovereignty can, and should, fund fiscal stimulus with expansionary monetary policy to improve citizen wellbeing (particularly by investing in job-creating infrastructure projects).

The MMT spin on this old idea is that, contrary to conventional economic theory, monetary sovereign countries do not need to pre-fund public spending with taxes, or be unduly concerned with budget deficits, because they can simply issue as much money as is required. According to MMT, government spending is only constrained by political will — and the spectre of inflation.

In theory MMT appears to offer a way for SA to escape its current economic pain — by stimulating growth without further stretching its already overextended tax base or imposing politically impossible spending cuts to public sector wages and social welfare priorities.

However, to avoid runaway inflation MMT requires that a country has control over its own money supply and exchange rates, local-currency denominated debt, and an underperforming economy. SA’s economy is underperforming, it has monetary sovereignty and a significant percentage of its debt is still rand denominated.

However, if foreign creditors refuse to honour or grant rand-based debt, loss of international investor confidence could risk inflation outweighing the rewards of seigniorage.

Treating the symptom or curing the disease?

We should be wary of miracle monetary cures for fiscal problems. SA has spent too much on the wrong things for too long — it has both a quality and quantity of spending problem.

The state has proved a poor allocator of capital — public sector wage bill growth has outstripped productivity growth over the last decade. With 60% of tax revenues for 2020 allocated to funding the public wage bill, fiscal policy is having a distortionary, crowding-out effect on growth. On historical evidence there is nothing to suggest stimulus will be used for the correct (productive) reasons.

It is impossible and irresponsible to solve fiscal problems with monetary solutions. As Alexander Forbes chief economist Isaah Mhlanga argues, policy sequencing and policy sincerity are priorities to address before even entertaining the prospect of monetary policy shifts. At the core is the principle of accountability, something the supposedly limitless “magic money” solution would conveniently circumvent.

That the country needs short-term fiscal relief to offset the effects of the pandemic is undeniable. Indeed, there is a moral obligation to do so. However, this must be accompanied by a credible plan to restore fiscal health over the long term, otherwise policymakers risk eroding confidence in the Reserve Bank and driving up funding costs by increasing risk premiums, thereby perversely amplifying the issue it aims to fix.

As IQ Business chief economist Sifiso Skenjana argues: “A loss of productive capacity and lack of human capital investment are the key impediments to the structural challenges facing the SA economy and we cannot pray it away with a synthetic understanding of the role of monetary policy in driving long term sustainable economic growth.”

Many will argue this is fearmongering and that financial repression tactics could be used to contain debt service costs and inflation. But apart from being naive that reasoning misses the point. SA suffers from a severe confidence deficit, which makes this approach almost suicidal. Persistent slippage on fiscal targets, a Treasury subject to regular political interference, and consistent policy own-goals, means confidence — upon which the effectiveness of expansionary monetary policy is premised — is in short supply and regressing.

There are few countries that would be able to pull off MMT, the most likely being the US and Japan — the former because of its global reserve currency status, and the latter because of perpetual structural deflation. It is curious that SA, which operates within a global economy where capital is becoming increasingly discriminating, feels it would be immune to these realities. Loose policy would see investors exit at a rapid rate.

Looser fiscal and monetary policy will not cure SA’s deep-seated political governance problems. Any solution needs to treat the root cause, not just bring temporary relief to the present symptoms. The dysfunction and ideological incoherence that has characterised the past decade need to be addressed before embarking on a structural policy realignment — not the other way around.

Furthermore, expansionary policy is addictive. As the US has demonstrated, markets require ever greater stimulus hits to achieve ever diminishing multiplier effects. The withdrawal symptoms are severe. The more market expectations come to depend on expansionary policy the harder it is to cut off the supply, and greater the eventual fallout.

While desperate times do call for desperate measures, and all options to save the SA economy should be considered carefully, two primary issues need to be addressed. First, there needs to be accountability for the economic sins of the past — monetary expansion should not be a get-out-of-jail-free card for the politicians who caused SA’s ailments in first place. Second, we need assurance the money will be used to invest in, rather than mortgage, the future.

A policy that in effect puts a blank cheque into the hands of the same politicians who led SA into the current economic decline due to reckless spending and graft, can turn a powerful economic drug into a deadly poison that kills the patient it was supposed to cure.

• Gopaldas is a director at Signal Risk, a fellow at the Gordon Institute of Business Science and the co-founder of Mindflux Training. Williams is an economist and foresight lead at Flux Trends