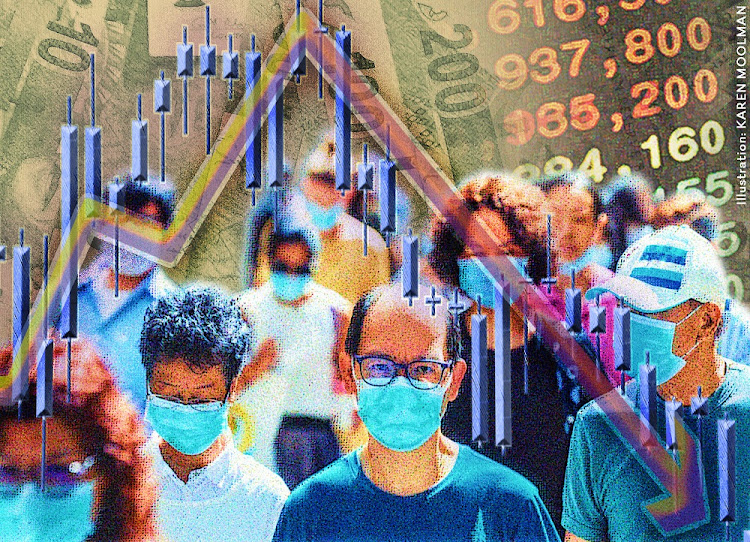 As the country’s Covid-19 peak looms, SA is entering a critical period. The government has taken steps to ease the burden on the health-care system and save lives. We must also use this time to urgently lay the foundation for the country’s economic recovery, without which SA runs the real risk of unsustainable debt and all the consequences that manifest from that.

Ratings agencies have been unanimous in expressing doubt over SA’s ability to stabilise debt as per the plan unveiled by finance minister Tito Mboweni in June. While many analysts agree with the ratings agencies, a few think spending cuts totalling just more than R100bn over the remainder of this year are feasible — and I agree with them. Notwithstanding the opinions of ratings agencies and analysts, with some hard work, heavy lifting and difficult decisions, it is achievable — the outcome can be changed.

The government’s own plan suggests it appreciates the depth and gravity of the problem and the need to act swiftly and decisively to rein in public expenditure. This is necessary not just to appease the ratings agencies and analysts, but to convince current and future lenders that SA will be able to continue servicing its debt.

SA’s fiscal position was weak before the Covid-19 crisis. GDP growth had been decelerating over time, tax collection had fallen below target year after year and public debt had been rising. The pandemic has worsened the problem through a cocktail of negative growth, decimated tax collections (about R300bn expected shortfall in 2020/2021 alone) and huge increases in social spending.

While SA is not the only country affected by the pandemic, they are going to be differentiated by the conditions that prevailed before the crisis and the decisiveness of the responses. SA has had a history of succeeding against the odds. What will it take to do it again?

Standard Bank expects GDP to contract 8.5% this year — the deepest recession in about a century — and unemployment and inequality will continue to rise. Yet the country has several things that count in its favour: economic hubs have generally good infrastructure and institutions such as the Treasury and SA Reserve Bank continue to evince a sound and measured approach towards policymaking and enforcement.

It is not an accident that SA’s financial sector continues to be sound and strong. This has been a major plus during this crisis. The banking sector has been the backbone of the economy. On its own, and in collaboration with the Treasury and Bank, the sector has acted swiftly to save production capacity in the economy, keep firms operational, and save jobs and livelihoods.

But a lot more is needed in the period ahead to reignite inclusive growth. For such growth to be durable it must necessarily and appropriately be coupled with deep and meaningful transformation, as the Business for SA (B4SA) document released last week suggests. The much talked about structural reforms have become even more urgent. We do not need to reinvent the wheel.

Many of the reforms SA desperately needs are discussed in the Treasury’s economic growth plan, which has been greenlighted by the cabinet. Encouragingly, Mboweni said in his supplementary budget speech that while some of the initiatives outlined in the strategy had been delayed due to the pandemic, “we are now ready”.

One key aspect of the plan is to move towards a new energy supply system that is more competitive. This is a pressing issue, since SA will not be able to grow at a meaningful rate until it has a reliable and affordable supply of energy.

Meanwhile, just as we need fiscal stability, so too is there an urgent need for policy stability and certainty. In our view, policy needs to be more informed by transparent social and economic impact assessments, and should be anchored by clear policy targets.

Protracted policy debates on a broad range of fronts have fed uncertainty and caused investors to hold back. For instance, it has hampered the rollout of spectrum, to the detriment of connectivity and communication costs. SA must harness its competitiveness on the global stage. Competition is needed in all facets of the economy to enhance SA’s productivity. Investments in skills, including through basic education and vocational training programmes, are also needed to raise productivity and our competitiveness.

The structure and ownership patterns in SA dictate that growing the economy requires co-operation and collaboration between the public and private sectors, big and small. Again, one draws inspiration from the abundantly clear convergence between the governing party and business on this matter, as reflected in the documents released last week. So, we have somewhere to start to build a durable compact, with government leading.

All eyes are on SA’s long-delayed infrastructure drive, which is finally gaining traction. I have no doubt that appropriately structured projects that aim to generate acceptable returns on investment will be met with resounding support from the private sector. Institutional investors and banks are well placed to fund such projects. They have showed their ability and capacity to respond correctly and appropriately many times before. One does not have to look too far. Together, we built Gautrain, world-class stadiums for the Soccer World Cup (though lamenting the collusion that took place), and funded and built the renewable energy independent power producers. There is no reason to believe we cannot do these things again.

None of this will be easy. Tough choices and trade-offs will have to be made. We will have to give up some things to have others. That is what all nations have to confront from time to time. Those that fail to make the tough choices on their own usually have them forced on them by others at an even higher cost and pain.

SA must also learn to play to its strengths. For instance, the country holds a number of competitive advantages in the business process outsourcing (BPO) industry, particularly with regard to call centres. These bright segments of the economy need support for them to reach their full potential and absorb employees.

Other measures to grow demand should be prioritised, including a renewed focus on exports into the continent. The African Continental Free Trade Area, which is set to come into effect early in 2021, could help domestic manufacturers get back on their feet.

For now, SA is expected to return to 2019 GDP levels only in 2024. In this scenario, and considering the population growth rate, joblessness and inequality would reach dire levels. Acting in unison, we must urgently take steps to expedite the Covid-19 recovery process and set the country on a new path.

WATCH: How to save the economy

Given the nature of the ANC beast and its complex relationship with big business, it may not heed latest proposals to kick-start the economy
Opinion
9 months ago

The Nids-Cram survey suggests Covid-19 has had a much greater impact on employment than expected: an estimated 3-million jobs lost, and 1.5-million ...
Features
9 months ago

The economic effects of Covid-19 are likely to persist for at least the next 12-18 months, and so  consumer-oriented industries will remain depressed
Opinion
9 months ago

More spending is not the way out of low growth, says Mboweni

WATCH: Where do all the economic recovery plans converge?

TITO MBOWENI: Structural reforms — not spending — are the best way to achieve ...

WATCH: Where do all the economic recovery plans converge?

TITO MBOWENI: Structural reforms — not spending — are the best way to achieve ...