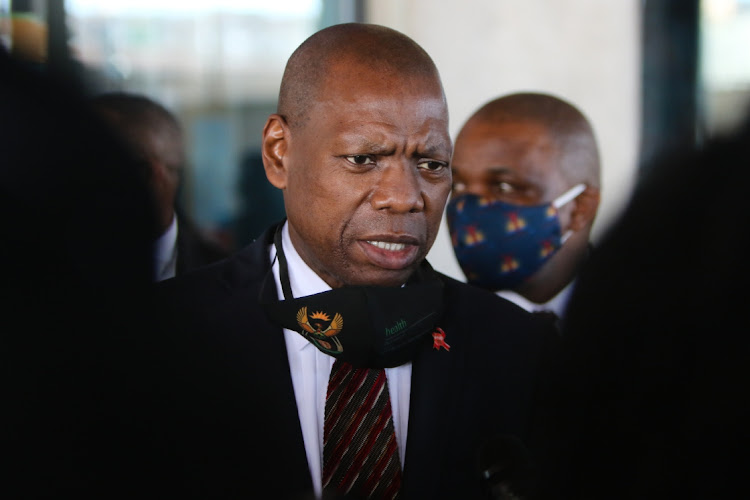 As the world gets worked up over the reported surge in coronavirus cases, I’m reminded of a quote by economist Thomas Sowell. It goes something like this: “One of the first things learnt in any introductory course on statistics is that correlation is not the same as causation. Unfortunately, that word of caution is also one of the first things forgotten.”

This observation is worth remembering as almost everyone has jumped on the bandwagon that lifting lockdowns has caused the surge in coronavirus cases. In SA, health minister Zweli Mkhize seems to have bought in to this assumption as he has hinted that returning to a level 5 lockdown might be on the horizon.

That there is a correlation between the increase in coronavirus cases and lifting the lockdown is inarguable. That the lockdown is the sole cause of the increase is far from conclusive. While it may eventually prove to be a cause of the increase, let me suggest we look at all of the possibilities before we jump to any conclusion. One of the things that has fed the panic in response to Covid-19 is the search for easy answers and quick fixes. What we’ve discovered during the crisis, as is the case in most horror shows, is that killing, capturing or keeping the monster at bay is never easy. The coronavirus crisis is a complex problem, with complicated short- and long-term implications.

While we’re still trying to calculate the damage caused by the coronavirus, the damage caused by the lockdown is all too clear. In SA unemployment is up, malnutrition is up. The housing and stock markets, and everything but sales of groceries, are down. The damage that has been done in SA in the name of containing Covid-19 will be felt long after the coronavirus is yesterday’s news. So, before everyone succumbs to the temptation to double down on the lockdown, we need to dig a little deeper. The stakes are too high.

Furthermore, recoveries are also increasing. According to one of the most recent counts, the number of cases has increased to more than 150,000. There have been 73,000 recoveries to date. Does that mean there are only 75,000 or so active cases? With more than 1.6-million tests done, what are the implications of the recovery rate relative to the infection rate? In the same vein, a recent highly controlled study in Thorax, one of the most highly respected journals among pulmonologists, found that 80% of those testing positive for Covid-19 were asymptomatic. How has this finding been factored into the current modelling regarding infection and mortality rates? The Thorax study would suggest that infection rates are higher, which would mean mortality rates are lower. If that is the case, does it mean the identification of more infections should be cause for panic or relief?

Less obvious, but no less important, is what the new data tells us about the epidemiology of the disease beyond the number of cases. Does the new data detail whether this coronavirus is more deadly or less deadly than the other viral outbreaks since 2000? Comparatively speaking, is this coronavirus more contagious or a greater killer than other novel viruses, such as the swine flu? The estimates for swine flu infections in 2009 ranged from 700-million to 1.4-billion cases. The Centers for Disease Control and Prevention (CDC) estimated that fatalities might have been as high as 575,000 people. To date, the number of fatalities in SA from Covid-19 is nearing 3,200. Of the 59-million people in SA that would mean 0.004% of the population has died from this disease. Should this be cause for panic or a note of promise that the country can ride this out?

Finally, there is a much more difficult, but critical, set of questions that must be asked. When the data is disaggregated demographically what does it tell us? What is the risk profile of the new cases being detected? What does the new data tell us about marginal communities that have been previously marginalised in terms of testing and reporting?  Are the numbers rising at a greater rate in poor and marginal communities than in rich and middle-class communities? If it’s at the bottom where the numbers are going up, the question is why.

We know the poor are more prone to diseases and death. We know that the more than 3-million South Africans who earn their living in the informal sector were in effect prevented from earning a living during lockdown levels 5 and 4. We know the government’s monthly emergency stipend of R350 during the lockdown was not enough to feed one person for a month, much less a family of any size. We know there will be a precipitous drop in the standard of living of those who lose their jobs (or businesses) because of the lockdown. We know the connection between higher incomes and better health outcomes is well established. So, what does the data tell us about how many more households have been put in jeopardy because of the effects of the lockdown?

If people are going to have confidence in the government’s ability to manage this crisis, and if the government expects people to comply with its containment policies, these are the kinds of questions that must be asked and answered.

Does this line of questioning raise doubts about lockdowns as a strategy for containment? The short answer is yes. Does this mean we should throw caution to the wind? No. What I am suggesting is that as we attempt to navigate our way to safe harbour during this crisis we need to accept the possibility that if lockdowns sow the wind, eventually we’ll reap the whirlwind.

To play on a familiar South African expression, the coronavirus crisis is, literally, no train smash. The government and media need to stop reporting on it as if it were. Enough already of offering up body counts, without context, under the pretext of keeping the public informed. The challenges posed by Covid-19 are too complex and the consequences are too complicated for kneejerk responses that could come back to kick the country in the rear end.

• Stith served as US envoy to Tanzania during the Clinton Administration. He is now nonexecutive chair of the Johannesburg-based African Presidential Leadership Center.

JONNY STEINBERG: An inkling of the Great Catastrophe made us acquiescent

Who would have thought South Africans, hardly a credulous bunch, would tolerate police wielding batons over our heads?
Opinion
10 months ago

Why is the Covid-19 mortality rate so high in the Western Cape?

Altitude plays a role, as do UV radiation levels and the weather, write Daniel Uys and Schalk van der Merwe
Opinion
10 months ago

Campaign needed to get US ‘anti-Covids’ to see the light

Why are so many Americans refusing to take precautions? A key reason is their sense of their identity, writes Cass R Sunstein
Opinion
10 months ago

S&P questions how SA will deliver on spending cuts

S&P questions how SA will deliver on spending cuts