What is it exactly that the chief justice said that has attracted such vociferous criticism? 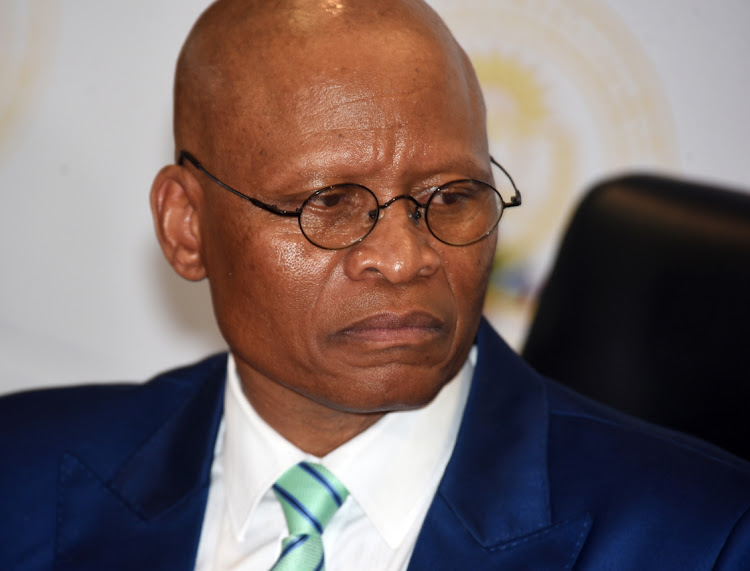 Ever since reports surfaced that he had allegedly made “pro-Israel” comments in a recent webinar with chief rabbi Warren Goldstein, chief justice Mogoeng Mogoeng has been pilloried and condemned the length and breadth of the country. There is now even a concerted political campaign under way to remove him from office altogether.

What is it exactly that Mogoeng said that has attracted such vociferous criticism? And is there any weight to the accusation that in saying what he did compromised the neutrality of the bench by straying into political territory?

Examining the media reports, one finds that among the chief justice’s supposed indiscretions was his comment that SA would have greater influence if it adopted a more balanced approach to the Israel-Palestinian conflict. By approaching the issue in a one-sided manner, in his view, South Africans were denying themselves “a wonderful opportunity of being game-changers in the Israeli-Palestinian situation”.

If the chief justice cannot make so basic a point about how conflicting narratives should be adjudicated without provoking a gigantic political backlash against him, something is clearly wrong.

The obvious question is why any reasonable person should consider so moderate a view to be indicative either of pro-Israel or anti-Palestinian bias? Moreover, have people out there forgotten that as a judge, one who —  let it not be forgotten — holds the highest judicial office in the land, Mogoeng is simply stressing the importance of one of the most fundamental of legal principles, namely audi alteram partem (“hear the other side”)?

Underpinning the fairness of any judicial process is allowing all sides in a particular case an equal opportunity to have their say. This being the case, why should a simple call for even-handedness in approaching an international dispute between two peoples, especially one so notoriously fraught and complex as the Israeli-Palestinian conflict, be considered to be either pro-Israel or anti-Palestinian?

While few people, even in the governing party, wish to acknowledge it, there are two sides to that conflict, and if SA indeed wishes to play any constructive part in resolving it then it surely must take all perspectives into account. It stands to reason that by uncritically adopting the standpoint of one particular side it will simply make itself irrelevant. If the chief justice cannot make so basic a point about how conflicting narratives should be adjudicated without provoking a gigantic political backlash against him, something is clearly wrong.

Another thing for which Mogoeng is being hauled over the coals concerns his asserting that, as a committed Christian, he is obligated to love Israel and to pray for the peace of Jerusalem, and that indeed hatred for Israel would “only attract unprecedented curses upon our nation”. This some have interpreted as expressing a political bias based on his personal religious beliefs, but is that the case?

We do not here see the learned judge endorsing the actions of the Israeli government, still less denying the rights of the Palestinians. Rather, he would appear to have done no more than express the sincere belief that one should pray for peace in the Holy Land and approach Israel, the nation state of the Jewish people, in a spirit of love, not blind, unquestioning hatred. Of course, many people will disagree with this viewpoint, but what is so terrible about expressing it?

It is ironic that Mogoeng is being accused of religious dogmatism because he has expressed an opinion based on his sincerely held religious beliefs. Actually, what we see instead is that the judge has been slammed for not obediently adhering to another kind of dogmatism, this time of a political-ideological nature. According to that dogma there are not two sides to the Israel-Palestine question, only a question of oppressor vs oppressed, of those sinning vs those they are sinning against. Such a position is self-evidently untenable in any genuine democracy, and even more so in a court of law.

Mogoeng’s critics assert that by making the comments he was guilty of interfering in politics and thereby of compromising the integrity of his office. In practice the reality appears to be quite different, namely that the orchestrated anger against him reveals interference with the judiciary on the part of narrowly focused political interests. This perhaps is what should really be of concern to those committed to the independence of the judiciary in SA.

• Silke is an advocate and Hoffman a senior counsel. They write in their personal capacities.

EDITORIAL: Mogoeng Mogoeng’s comments can wait until he retires

NEWS ANALYSIS: Mogoeng Mogoeng owes it to the judiciary to avoid political comments

The chief justice has not fully complied with accountability rules, has delegated tasks he should carry out and has delved into sensitive politics
Opinion
9 months ago