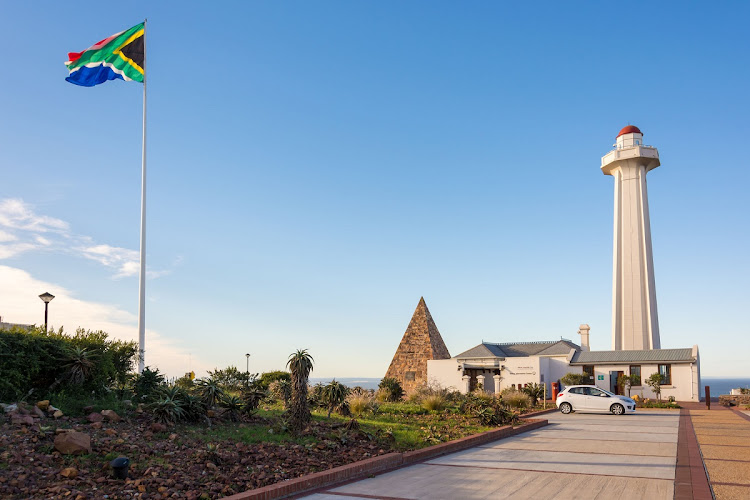 The South African flag is shown at the lighthouse and Donkin memorial in Port Elizabeth. Picture: 123RF/VANESSA BENTLEY

Covid deaths and bankruptcies are expected to soon spike. Will this provide the impetus for a pivot towards growth policies or will the coming human and economic carnage be exploited in a lasting shift towards authoritarianism?

The ANC’s political success mostly stems from it prioritising redistribution and dependence on the government. These priorities are packaged using ideological wrapping paper, with National Development Plan referencing as the bow on top. Such messaging soothes hunger fears among its least fortunate supporters and frames debates with its most learned opponents. Conversely, the lockdown highlights our hardscrabble reality: the ANC’s leadership fixates on power and control while lower-level supporters rely on the party for sustenance.

The effectiveness of the ANC’s political strategy was evidenced in 2019 when voters returned the party to power despite much evidence of rampant corruption throughout the organisation. Yet its political strategy is inherently unsustainable as its priorities are antithetical to focusing on growth.

As our government seeks to resuscitate SA’s flagship airline, the public body that put people on the moon contracts a private company, run by a former South African, to put astronauts in space. Nasa’s outsourcing logic, so foreign to most of our ministers, is to pursue lofty objectives while reducing costs.

While our finance minister’s February budget speech preceded his party’s sharp upgrade of the Covid threat, his department’s calculation could not ignore that his party’s economic policies had exceeded their shelf life. His speech also made clear that the ANC could not produce a growth plan. Rather, he placed his budget-management hopes on public service wages being constrained.

Having our creditworthiness steadily downgraded has not provoked the required policy shifts Tito Mboweni would have liked to announce. His party is not able to produce a growth plan because this requires abandoning its highly successful political strategy. Our public dialogue imprudently sidesteps this central challenge. Meanwhile, the coronavirus crisis is hastening the arrival of a serious credit event.

That last year’s election did not produce a credible growth plan by any of the parties, or those outside politics, depicts the solution void in which we reside. Late last year Mboweni appealed for solutions, but that went nowhere. Nonetheless, as critiquing policies has ceased being effective, a potent plan must be designed and broadly supported.

Disturbingly, there is little evidence that the mounting crisis is spurring those outside the government to develop a commercially robust and politically palatable plan. Nor are there signs the ANC might soon rise to the occasion. Instead, two scenarios have gained currency.

Expectations that the government will be forced to borrow from the International Monetary Fund (IMF) and accept its conditions are realistic. Forecasts that the ANC will lose its majority in 2024 are also credible. Yet neither scenario promises to avoid economic devastation.

The complexities of SA’s political-economy challenges parallel those of the coronavirus threats to lives and livelihoods. ANC elites prioritise their political lives while benefiting from livelihoods having been constrained to the point that a majority of South Africans rely on the government for vital monthly payments.

SA has tremendous expertise in analysing medical, political and economic challenges. So why have our economists not rallied around an outspoken critic as the medical fraternity has supported Prof Glenda Gray? Our economic policies are irrational and unscientific.

Gray can advocate for a set of specific policy shifts that make sense medically, economically and politically. Informed economic dissent requires a powerful growth plan that is politically manageable within the ANC. Why is there no such plan? Most of SA’s economists are not political economists and we clearly lack commercially grounded experts in economic development.

There has been remarkably little progress by those in or out of government at devising a commercially workable growth plan. The core blockage seems to be not knowing how to make such a plan politically acceptable. This traces to four interwoven factors: lack of robust interdisciplinary expertise; inappropriate methodologies; the ANC’s narrative-setting success; and a lot of misunderstandings around contemporary economic development.

This is not a time when criticising is effective. The focus must be on solutions. The ANC’s leadership will soon be overwhelmed by surging deaths and bankruptcies, alongside the threat of access to funding suddenly being curtailed — reflecting years of destructive policies. That the party has tested society’s tolerance for authoritarian leadership was no accident.

Just as medical researchers must work with other experts to advise policymakers, our top minds in economics, political analysis and commerce must collectively forge a powerful plan that will strengthen the hands of the ANC’s more pragmatic leaders. This is doable, but a fresh mindset is required.