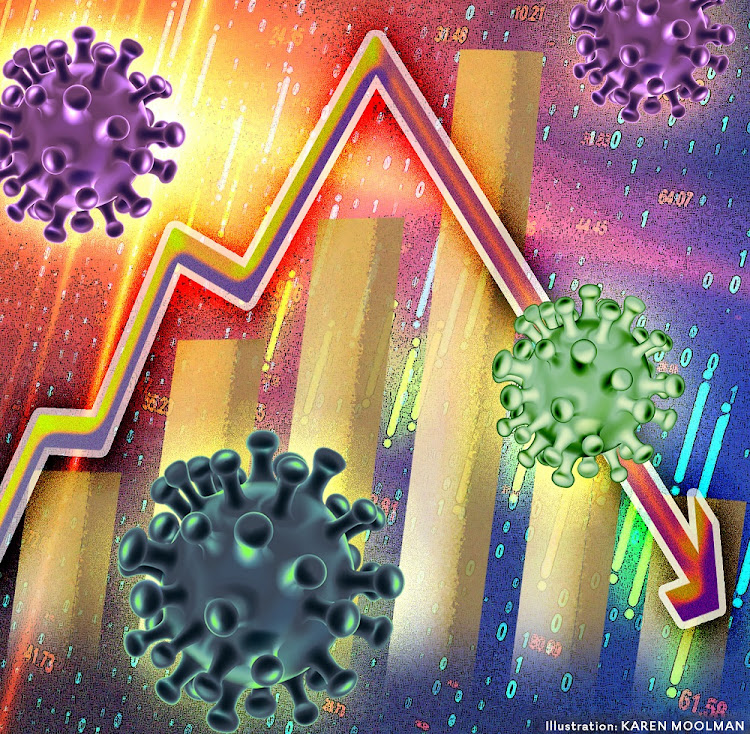 SA's fiscal and monetary policies are being tested by the lockdown-induced economic contraction and concerns of a deeper depression that could follow it. Some argue that if we pursued modern monetary theory (MMT); if negative nominal interest rates were in place; if the government spent much more, preferably inclusive of saved pension funds; and all of the government’s debt issuance was bought by the central bank, the economic crisis would be averted. These critiques seek to solve a possible depression by jettisoning the very policies that have enabled the country to respond to the pandemic in the first place.

Only part of the rationale for these approaches is a fear of depression. Another part comes from longer-running antagonism to inflation targeting and the larger macroeconomic framework. However, the solutions offered aren’t as obvious as advertised. What these alternatives really do is trade the symmetry, flexibility and credibility of the current approaches for a false sense of comfort that a pending depression can be averted if we just “do everything”.

Before considering policy options, we need to understand the challenge confronting us. The economic contraction we have now is largely a result of the steps taken to “flatten the curve”. The lockdown asks firms and households to stop all but the most essential economic activity. But if the stoppage caused by the lockdown lasts long enough, capital and labour will be shed, leading to income loss, less spending, and possibly even less production in future. If these linked supply and demand shocks are severe enough, they risk turning a one-off contraction into a depression-type spiral.

While neither fiscal nor monetary authorities can stop the economic contraction, policymakers have taken consistent steps to prevent depression. Policy responses to the pandemic do not take steps to reduce the money supply or even cut spending. Nor do they strive to keep the rand or other currencies at a constant value to gold (or the US dollar). Each of those were mistakes made by policymakers that turned the 1929 financial crisis into the Great Depression. Today, our policy frameworks are far more flexible than they were in the past, for instance allowing the rand to depreciate to help curtail runs on foreign financing. Inflation approaching the lower bound of the target band signals the need to cut rates.

Though depression is not our baseline scenario, we understand reasonably well how depression works and assess the risk of it taking root. On the other hand, suggesting we are already in depression as part of a push for wholesale policy change risks becoming self-fulfilling. If households and firms respond to the narrative, they will save more and invest less as the lockdown eases, prolonging and deepening the downturn.

These various alternative proposals have several features in common. One is the claim that there is no inflation risk. This allows for the flooding of the economy with money in an effort to use inflation to get more growth. Second, they push today’s economic costs to future generations, either through higher taxes, higher inflation or even lower growth. They hope to create more fiscal resources for spending now by shifting debt service costs from the Treasury to the central bank’s accounts. With low inflation now, surely the Reserve Bank and the Treasury should print money and spend their way out of our current and pre-existing economic problems?

However, assuming households and firms are keen to restart the economy, these proposals are more likely to return us to the entrenched stagflation — lower growth and higher inflation — that normally bedevils the economy. The debate over MMT tells us why this is the case. We might paraphrase that debate this way: where MMT will not undermine itself by causing inflation, it can be used. Everywhere else, it will cause inflation.

SA falls into the “everywhere else” camp. These alternative proposals are likely to be inflationary — potentially massively so. Indeed, much of the rationale for adopting these approaches — a non-inflationary floating currency, rand-denominated debt markets and deep capital markets — are outcomes of the policies they seek to replace. Without inflation targeting or a legacy of moderate public debt levels, we will not have low inflation for long. These characteristics of the economy are not permanent endowments that can be taken for granted.

Advanced economies can do huge quantitative easing because of recent experience with near deflation and high anti-inflation credibility. Inflation is under control in SA, though it has barely reached emerging-market standards of about 3%. If our inflation credentials slip, extensive central bank bond buying will be more inflationary than we want. These risks are clearly and widely reflected in the sobering signals sent by buyers of sovereign bonds about economic conditions in SA.

Domestic and foreign lenders to SA worry about default risk. They are also concerned that too much sovereign bond buying by the central bank will reduce the value of the currency, causing future inflation. This is the main reason long-term yields are high. Lenders, not unreasonably, want today’s borrowing to be sustainable, with the borrower able to pay back the loan. But we cannot easily pay back any amount of foreign or domestic borrowing (say, to finance pandemic responses) if the value of our currency falls too far due to rising inflation. The economic growth rates that would be required in future to achieve that inflation-adjusted repayment would be seen by lenders as at best unrealistic. And we are already well below the pace of economic growth needed to pay back our existing debts.

The monetary policy mandate we have is flexible and symmetric, allowing active support to the economy to ward off depression. Its credibility also helps us lean against a return of stagflation. The low inflation we have has given us some policy space to respond. Replacing the inflation targeting framework with others unsuited to our economy, or clearly unsustainable, runs a serious risk of preventing economic recovery by robbing us of credibility, cutting off access to savers, and driving up inflation and interest rates.

• Loewald is the head of economic research at the SA Reserve Bank.

The pandemic cannot be viewed in isolation, writes Barry Standish, but as an unexpected contagion of a world economy already in the ICU
Opinion
10 months ago

Don’t expect the rest of the world to recover as quickly as China, says Johann Rupert

The coronavirus pandemic ‘has had a profound impact on the lives of millions around the globe. We must hope that it is a once-in-a-lifetime event’
Companies
10 months ago

I ground my call for balance sheet deployment on incontrovertible evidence that proved a game changer in recession recovery but also in the ...
Opinion
10 months ago

Despite the very dismal outlook, we can still take actions to prevent a worst-case scenario
Opinion
10 months ago

The premier sketched a picture of the economic devastation facing the province, which will change lockdown levels as a whole
National
11 months ago
Next Article