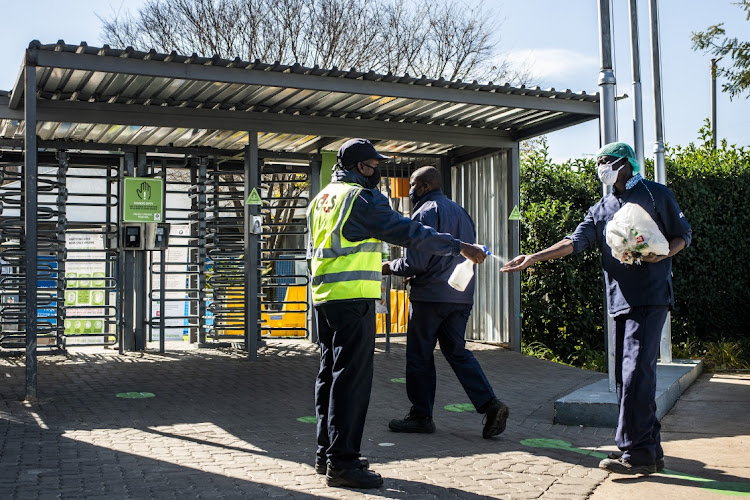 Workers arrive for a shift at the BMW SA Rosslyn plant in Midrand. Picture: WALDO SWIEGERS/BLOOMBERG

During the Covid-19 pandemic and response an important question from both a health and economic policy perspective is how many people are able to return to work as the lockdown is eased (and tightened). Policymakers will need to consider the likely implications for the spread of the virus.

The new approach is the opposite: allow everything, except for a small set of restrictions.

In the final regulations for level 3, which were published on May 28, there have been significant changes to the framework. The “new” level 3 allows all economic activity to resume, except for a small set of exceptions including restaurants, theatres, personal services and leisure air travel. This has significantly increased the number of people who are permitted to work under level 3.

We estimate that the shift from level 4 to the new level 3 means the total number of people able to work increases from 9.2-million to 15.8-million. That means 95% of the employed workforce is permitted to return to work.

Some subsectors, such as in mining, were permitted to operate fully under the old framework and the changes will have little effect. But there are a few sectors where there has been a substantial increase in the number of workers permitted. One of these is the private households sector, a category that includes domestic workers. About 1-million more workers will be permitted to work under the revised level 3 regulations. Another large sector is manufacturing: under the previous level 3 a large portion of the sector was only permitted to operate at 50% capacity, but it is now permitted to operate fully. This permits about 300,000 more people to return to work.

This marks an important strategic shift in the government’s approach. The initial approach was to restrict all activity and then allow a set of special emergency sectors to operate. The new approach is the opposite: allow everything, except for a small set of restrictions. The new regulations are likely to be easier to regulate, are more transparent, and will result in better coherence between the health and economic strategies government is following.

The significance of this change is reflected in the large number of additional workers who are now permitted to return to work. The total change in permitted employment between level 4 and the new level 3 is 6.6-million people. Of course, in this analysis we are assuming that all workers who had jobs before the lockdown will have jobs to return to. Estimates of job losses run into the millions. It will take time to understand how many have been lost, where these losses have occurred, and whether they are permanent. We are also assuming that all of those who are able to work and have a job to return to will in fact return. This may well not be the case.

We expect a lot of statistical noise about this as we try to understand the full impact of the lockdown on unemployment and on how many workers may not be able to return to work because of concerns about comorbidities, Covid-19 infections and other perceived health risks. It also remains to be seen whether workers can be accommodated in a manner that is in line with best-practice health protocols.

• Francis is deputy director, and Ramburuth-Hurt a researcher, at the Southern Centre for Inequality Studies at Wits University. Prof Valodia is dean of the university’s faculty of commerce, law and management.

The pandemic cannot be viewed in isolation, writes Barry Standish, but as an unexpected contagion of a world economy already in the ICU
Opinion
11 months ago

BRIAN KANTOR: Crisis should not be wasted as weak rand offers SA a keen advantage

The local currency is about 50% undervalued, which allows SA to grow through import replacement and exports
Opinion
11 months ago

Spatial inequalities should inform how the lockdown is relaxed

BUSI MAVUSO: Onus is on business to ensure there isn’t a rapid rise in Covid ...

POLITICAL WEEK AHEAD: SA heads into level 3 — with some sticking points

Spatial inequalities should inform how the lockdown is relaxed

BUSI MAVUSO: Onus is on business to ensure there isn’t a rapid rise in Covid ...

POLITICAL WEEK AHEAD: SA heads into level 3 — with some sticking points