Not all provincial Covid-19 data is collected equally 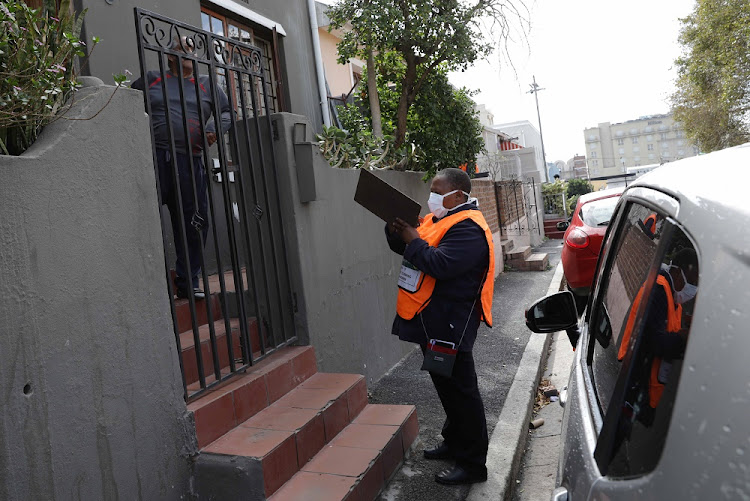 President Cyril Ramaphosa was wise to announce at the weekend that the relaxation of the lockdown on June 1 would apply to the entire country. But he indicated that the next relaxation could exclude hot-spots, which highlights the necessity for accurate information on the spread of Covid-19 countrywide.

In between being lobbied from every quarter with an interest in having their restrictions eased, he may have come across a disconcerting problem: the dearth of available data for making regional comparisons.

Recently, the National Institute for Communicable Diseases (NICD) made some detailed, regional testing data available for four provinces only: the Western and Eastern Capes, KwaZulu-Natal and Gauteng. But these provinces include the country’s six largest metros, all of which contain hot-spots of coronavirus infection.

Data from the other five provinces was not included — one can only assume because it was not available. But this particular data set is instructive, because for the first time the government has disclosed the number of tests and positive cases, and how they were collected.

The first category comprises tests conducted by the private sector, equal to almost half of all tests conducted in the country. These are comparable between provinces but relate primarily to the middle-class, who contribute to medical aid schemes — about 17% of the population.

The second category are tests conducted in the public sector and derived from community-based screening. Twelve-million people — 20% of the population — have been screened across the country by community health workers who have visited households and workplaces armed with a standard questionnaire for identifying symptomatic persons.

But sadly, since the department of health allowed provincial health departments to exercise their own discretion as to where to screen, the data is not comparable. Only the Western Cape has clarified how it has been deciding where to screen — in hot-spots.

The third category relates to screening and testing of patients who report at clinics or hospitals. This “clinical” data is largely comparable, as the criteria for testing and admission are standard, but represents only 17% of all tests conducted in these four provinces in the fortnight prior to May 17.

This shows that in this period more than 20 times (21% compared to 1%) the number of screened patients tested positive in the Western Cape as in Gauteng. The proportion for the Eastern Cape (8%) lagged that of its western neighbour; that figure for Kwazulu-Natal was lower still (2%), but still twice that in Gauteng.

This confirms that community-derived testing cannot be compared even across these four provinces. Either the other three provinces are adopting more random community screening strategies than the Western Cape; or, if they are seeking to screen hot-spots, they are less effective at doing so.

The epidemic is now clearly most serious in the Western Cape. There has been a lot of speculation in the past week as to why, but the general consensus among medical scientists is that the Western Cape has, for some reason, experienced earlier local transmission.

So although the initial wave of the epidemic, comprising international travelers and their contacts, peaked in Gauteng, the second wave, derived from local transmission, has started earliest in the Western Cape. This mirrors the annual pattern of flu infection.

So unless there is some environmental factor peculiar to the province that is absent elsewhere, other provinces harbouring large metros will soon be where the Western Cape is now.

In the absence of any data for the other five provinces, any future province-based relaxation would seem unwise. As indicated by Ramaphosa, the most likely scenario would be the exclusion of local hot-spots.

Hot-spots have been located within provinces, mostly within metros, in cases where the provincial authorities have been looking for them. In Cape Town, for example, the districts with the highest recorded per capita prevalence are Khayelitsha, Klipfontein and Tygerberg, and within each of these districts there are local hot-spots.

But interestingly, the majority of cases identified across the Western Cape so far are essential workers, suggesting that workplaces (factories, supermarkets and hospitals), rather than households, have been the primary sites of transmission to date.

For the past two months, Cape Town has been basking in an Indian summer, but the cold is now creeping in. Just as it is difficult to stop TB being transmitted in crowded environments, whether they be workplaces, trains and buses or households, it is even more so with Sars-CoV2.

• Cherry, a professor of zoology at Stellenbosch University, is a former editor-in-chief of the SA Journal of Science. He writes in his personal capacity.

A cashless banking environment in a digital world is all but inevitable, as payment systems become more important than branches
Opinion
11 months ago

ISANA CORDIER: How, where and when will we shop in the future?

Working from home may be the new reality after the coronavirus — and shopping from home, across borders and in other currencies may be too
Opinion
11 months ago

VUKANI MNGXATI: Reopening a chance for businesses to reinvent their operations

Side-stepping uncertainty will mean learning a new dance centred around technology, people and agility
Opinion
11 months ago
Next Article

Parts of SA could stay on level 4 from June 1

SA to move to level 3 lockdown on June 1

Parts of SA could stay on level 4 from June 1

SA to move to level 3 lockdown on June 1