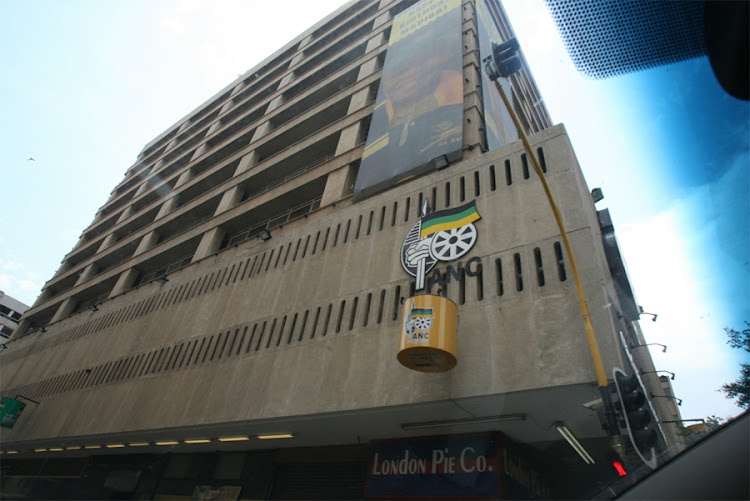 That people with shared values and interests form groups is as central to democracies as debating. Unfortunately, the ANC developed a formidable playbook for sidelining objective arguments by wrapping issues around contested values. Current moral grandstanding includes banning alcohol and tobacco trading. Prohibiting cooked food sales is used as a metaphor for confronting inequality.

Having conditioned the public to accept policymaking as an expression of values transcending facts, our elected leaders now want us to believe that decision paths adopted by other countries apply here. They assert that livelihoods must be paused to save lives and that key decisions must be postponed and then shaped by greatly expanded testing.

It was clear when the president and finance minister formally presented to parliament in February that they had failed to develop a growth strategy. With our national discourse muddied by persistent political conditioning, we are now failing to hold our elected leaders accountable as they stumble blindly amid a huge crisis.

The president’s signature economic initiative had been an investment drive supported by our business leaders. Yet reports from Davos in January highlighted how that effort’s empty talk had undermined Team SA’s credibility.

Dozens of countries could reasonably consider throttling their economies, as they entered the crisis with low unemployment and broad household wealth. Whereas their growth rates were comparable to their borrowing costs, our government and households were already overly reliant on excessively expensive debt.

Top global finance professionals worry that payments being paused, renegotiated or abandoned might rupture the US economy. It is easier to imagine the disruption of wages, leases and loan payments derailing SA’s economy.

Our trajectory was unsustainable before the outbreak as the government and households had splurged on high-priced debt amid ongoing stagnation. Government borrowing costs are now higher still as the economy is contracting roughly 10% in rand terms — with the currency down a quarter.

The economy can’t grow without policy inversions directly contrary to the ANC’s state control instincts — which it is now indulging vigorously. Of course it’s true that we are victims of the coronavirus. Yet it is government policies that drove the economy into a ditch and preclude the anti-pandemic options available to well-managed economies.

If the AI that enables self-driving cars were adapted to guide government policymaking, it would be easy to objectively demonstrate that navigation paths appropriate for many other nations are not applicable here. It would be like turning on a GPS when hopelessly lost.

The evidence is irrefutable; SA had suffered too many self-inflicted economic hits before the virus outbreak to now prioritise the vulnerable ahead of the young. Uncontestable data sets also prove South Africans take abundant physical risks in pursuit of income and fuller lives. If we only cared about extending life expectancies we would sharply reduce speed limits.

About one-million South Africans turn 21 years old each year. Given the accumulation of unemployed, access to jobs can only begin to resemble global norms about a decade after the country’s policies echo those of successful economies. The prospects for about 70% of our young adults are now dreadful.

The crisis must purge government-induced growth blockages. Regulations must be shredded to provoke initiative, competitiveness and global integration. Families must take charge of quarantining the vulnerable, with community and public support.

The public sector’s obsession with power and control must be directed towards reducing mass transit’s viral transmissions. Getting this right is essential to reviving the economy while constraining the virus. Redirecting tourist transporting resources is one of many ways to quickly realign public and private sector capacities.

All politicians lie. What the ANC does is different. Issues are framed by twisting values and quieting facts. Whereas before the ANC’s crafted narrative had been dirtied and frayed, now it is torn beyond repair.

The virus’s fatalities are mostly among those who had already begun their final chapter. For each such domestic fatality, 20 or more South Africans can be expected to endure decades of unending poverty. In successful economies, lives-vs-livelihood trade-offs are vastly different.

Over the past 30 years, global integration has induced a plunge in global poverty exceeding the most optimistic expectations. Rather than focusing on reducing unemployment and poverty, the ANC has stuck to its political playbook and encouraged all South Africans to fixate on inequality — for which the world lacks a cure.

Borrowing more aggressively while refusing to pivot towards pro-growth, pro-commerce policies will condemn most young South Africans to being perpetually locked down by chronic poverty. The ANC must ditch its distort-and-control political playbook to allow our creative entrepreneurs to roam free and capture fresh global opportunities.

Does SA have the attributes to deal with this crisis?

PETER BRUCE: Logic now has nothing to do with handling Covid-19 in SA; it’s just politics

President Cyril Ramaphosa is up against it if he is going to continue seeking political consensus on decisions that should be made on science alone, ...
Opinion
11 months ago
Next Article

EDITORIAL: Not satisfied with cold chicken, Patel short-circuits e-commerce too

EDITORIAL: Not satisfied with cold chicken, Patel short-circuits e-commerce too