What are we trying to fix at Eskom? The flop or the debt? 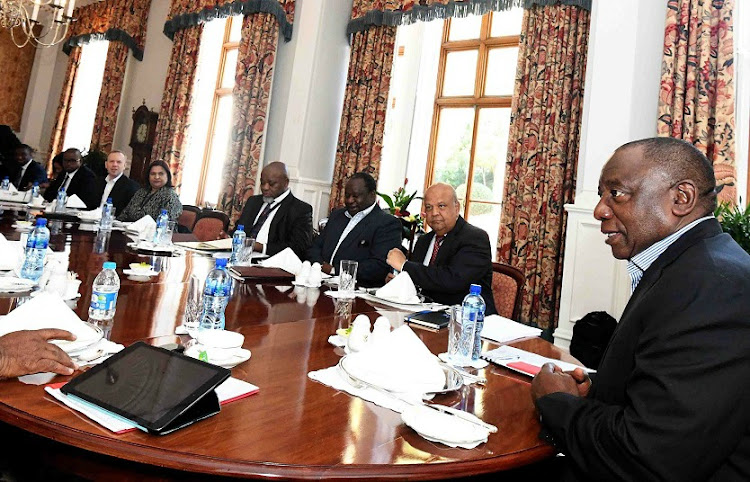 With Eskom's debt woes and operational and financial challenges mounting by the day, the focus has moved away from the proposed restructuring of the utility into three separate businesses under a holding company. But it would be a mistake to fail to ask the question: what exactly is the problem we are trying to solve here?

Are we calling for Eskom to be restructured because we have failed to manage the asset properly, or because we lack the ability to solve its liquidity, escalating debt and governance challenges? The message from Eskom’s restructuring proponents is unclear, with few coming up with suggestions on how to deal with the huge debt on Eskom’s balance sheet, now estimated to have swelled to about R500bn.

Recently union federation Cosatu came up with a debt bailout proposal that is limited in its scope. It is neither what SA needs at this stage nor what it can afford to adopt and implement in the near future.

The blinkered plan advanced by Cosatu suggests that the state must tamper with our “last hopes”, the state-owned development institutions. These include the Pubic Investment Corporation, the Industrial Development Corporation and the Development Bank of Southern Africa. But we cannot afford to abandon these key financial institutions to those intent on plunder.

The restructuring of Eskom’s capital base is the ideal form of restructuring as it could include, among others, debt-for-equity swaps and changes to the current equity structure to include private shareholders and investors. Typically, when the value of a firm falls due to escalating debt, its management ought to look at the allocation of capital and restructure the debt position as a response to short-term financial distress.

In addition, a highly leveraged situation at any company should trigger operational actions such as improving the efficiency of revenue collection systems and more robust controls over operating costs. Eskom’s revenue has been growing over the years, but this has not been due to increased sales so much as swingeing tariff hikes.

The cost base has also been growing unabated, sadly often through unscrupulous deeds. Where were the board of directors and shareholder when there was a need for pertinent questions and to hold management to account? When the management and the board have no sense of accountability, companies will soon find themselves in a compromised financial position and the end result is the erosion of company value, as has been the case with Eskom.

A financial restructuring process would deal with the allocation of cash flows or credit exposure in line with the strategic goals of the shareholder. It would help to establish an acceptable debt ratio, the required revenue line and governance mechanisms through an efficient board of directors. All of this will lead to a more focused firm, with improved governance and better debt management ratios.

But none of this tackles the elephant in the room — the enormous debt on Eskom’s balance sheet. Perhaps we can learn from the South Korean government, which created a restructuring vehicle when its economy suffered a dreadful economic crisis towards the end of 1997. Such an entity could be used to take on the debt that is tainting Eskom’s balance sheet and allow it a fresh start, given that the company is widely accepted to be too big to fail.

Another option to be explored is that of setting up a corporate restructuring fund that would operate like an investment fund and support ailing state-owned enterprises (SOEs) through issuing equity and security investments. The main objective of this fund would be to invest in the securities of financially distressed SOEs, thus supporting them in realising the desired level of shareholder return.

The problems Eskom faces could give rise to systemic risk, including economic disruption and social unrest in the long term. The decline of Eskom’s financial fortunes is a reflection of the fundamental problems SA has had to deal with over many years. By not tackling the dire financial state of Eskom and many other SA SOEs with enough urgency, we run the risk of rendering President Cyril Ramaphosa’s thuma mina campaign a mirage.

• Wonci is CEO at Kogae Rainbow Investment Holdings and a senior partner at Kogae Advisory Partners.

CAROL PATON: Whichever way the Eskom problem is solved, the taxpayer is the loser