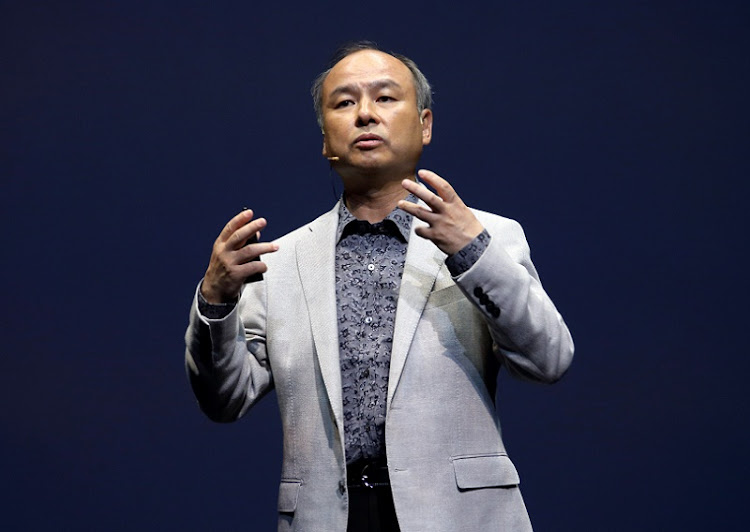 The reputation of Masayoshi Son, the world’s most prolific unicorn breeder, came crashing down last year with the collapse of WeWork. An 80% writedown on The We Company, and a ¥970bn ($8.8bn) loss at the SoftBank vision fund delivered some cold hard truths about his vulnerability.

You might think that Son would have learned his lesson. Instead, he’s doubling down, with plans to start a $108bn fund that’s even bigger than the first. To win back investors’ confidence, though, the chair of SoftBank Group might want to consider a different tack: becoming an angel.

That’s not just a euphemism. Angel investing would take Son back to basics. Compared with the SoftBank vision fund, a SoftBank Angel Fund should be:

This concept of smaller, lighter, earlier ought to become a mantra. But it takes guts — Son would have to rein in the swagger that comes with writing fat pay cheques. Not that his habit of throwing billions at Southeast Asian start-ups isn’t bold; but when that business already has a product, traction, brand awareness and market leadership, then you can’t exactly call it brave — especially when it’s other people’s money.

Angel investors take a punt on new companies at the earliest stages, often before a product has been fully developed or any revenue acquired. In the past, they were generally rich individuals who knew the founders and were parting with a relatively modest amount of cash to give young entrepreneurs a leg up. The average angel and seed deal size in the fourth quarter was $1.8m, according to Crunchbase News.

When Son entered the venture capital scene in 2016 with a $97bn cheque book, this old-school model of investing — based on the careful assessment of a start-up’s revenue, return and growth — was thrown out of the window. Son’s vision fund tends to invest much later, in rounds such as Series E, F or even H.

Son also wielded his giant fund to pick winners and, by extension, nominate losers in ways that defied logic. He offered WeWork founder Adam Neumann just 12 minutes to make his pitch, then told him that his company wasn’t being crazy enough, New York Magazine reported last year. Neumann should aim to make WeWork 10 times bigger than originally planned, the founder of the co-working space operator was told.

WeWork was by no means an exception. Son muscled his way into a host of start-ups, often forcing founders to choose between playing for Team SoftBank or getting defeated by it. Consider online lending start-up Social Finance. Co-founder Mike Cagney told Bloomberg Businessweek that Son gave him a choice: take SoftBank’s money, or watch it go to a competitor. (He took the deal.) In 2019 alone, SoftBank was an investor in four of the world’s five largest funding rounds, according to a report by CB Insights.

The result was not only implosions such as WeWork, but overvalued unicorns such as Uber Technologies and Slack Technologies, which have seen their stocks have fall since their initial public offerings (IPOs). It also made many founders and investors wary of Son and his approach, which may be making it harder for him to cut deals.

Masayoshi Son isn’t timid, to be sure. His reputation is built on decades of courageous bets that netted him, his investors, and his founders billions of dollars. The most famous being Jack Ma and a little e-commerce company that became Alibaba Group Holding. But the past few years suggest he’s forgotten those roots as a supporter of scrappy young start-ups.

Most recently, he’s reported to be offering up to $40bn to help Indonesia build its new capital city. He’s already opted to join a steering committee that will oversee construction of the new metropolis on Borneo Island — 1,200km away from current capital Jakarta — alongside former British prime minister Tony Blair and Abu Dhabi Crown Prince Mohammed Bin Zayed Al Nahyan.

While there’s something noble about offering advice to a developing nation as it grapples with congestion and flooding, it’s hard not to feel that Son is perhaps straying a bit far from his core mission. After all, he has his investors and staff to look after.

Shifting to angel investing wouldn’t be entirely altruistic. This segment is the hottest sector of funding right now, according to data compiled by Crunchbase News. Whereas late-stage investing — the type the SoftBank vision fund specialises in — has declined over the past year, while angel and early-stage investing is on the rise.

Son prides himself on being a visionary, with a 100-year time horizon. That makes for good headlines and big numbers. But if he wants to secure his legacy, there’s nothing more honourable than being an angel.

‘There was a problem with my judgment,’ SoftBank’s Masayoshi Son concedes

‘There was a problem with my judgment,’ SoftBank’s Masayoshi Son concedes