The CEO of insurer Allianz, Oliver Baete, says a policy that is essentially there to solve Italy’s problems [negative rates] makes it extremely difficult for Allianz to make a profit 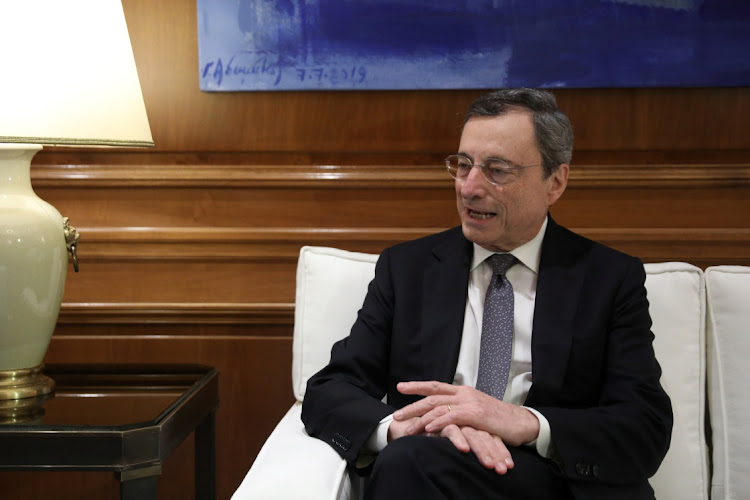 Mario Draghi, the departing head of the European Central Bank (ECB), has been buffing up his “savior of the euro” image in a swansong series of interviews. But not everyone is standing up to applaud.

Echoing many of his less-than-impressed fellow Germans, the CEO of insurer Allianz laid into both the ECB and Draghi last week. “The politicians and the regulators have told us they fixed the banking system and insurance system in terms of this negative spiral of financial sector risk morphing into sovereign risk and [looping] back,” Oliver Baete said. “It is the biggest non-truth that exists.”

Coming from the boss of Germany’s pre-eminent commercial financial institution, that’s a stinging judgment. What seems to have riled him most is any implication that there is no reason to worry about national commercial lenders holding too much of their country’s sovereign debt, and the resulting potential for market contagion if a bank (or a sovereign) gets into trouble.

In fairness to the ECB president, his constant deluge of monetary stimulus has worked well for most at-risk euro area countries, who have used the opportunity to painstakingly work themselves out of financial stress.

But Baete is looking squarely at the exception: Italy, the eurozone’s third-biggest economy. Rome is still saddled with the bloc’s biggest national debt and its debt-to-GDP ratio is above 130%. What galls the Allianz boss is that a policy that’s essentially there to solve Italy’s problems (negative rates) makes it extremely difficult for his company to squeeze out a profit.

There is no evidence of the link between Italy’s banks and its sovereign debt being broken.

This so-called “doom loop” between sovereign debt and banks was a big fault-line during the euro crisis earlier this decade. Fears grew about certain countries being too reliant on domestic banks buying their bonds — an umbilical cord that meant the state was propped up by its lenders and vice versa. It was a highly stressful time where some sovereign bond yields soared to double-digits.

It has taken €2.7-trillion of quantitative easing — increasing by €20bn a month from November — along with other stimulus programmes to force yields down to where they are today. Ireland, Spain and Portugal have even managed to achieve mainstream bond market status, with negative yields on debt out to nearly 10 years in maturity. Countries such as Spain have taken the opportunity to lower their debt in relative terms, as the chart below shows. Italy, not so much.

Exacerbating those lingering doom-loop concerns are other worries about whether the ECB is providing rigorous enough oversight of the bloc’s banks, another key part of Draghi’s remit since 2014. My Bloomberg Opinion colleague Elisa Martinuzzi has written about the central bank’s troubling support for the bailout of Italy’s Banca Monte dei Paschi di Siena.

Without Draghi, and his “whatever it takes” promise to support the euro in July 2012, the single currency project may have collapsed. But the too-big-to-fail problem still exists in European banking. This is one area where Draghi doesn’t deserve full marks.

Why the ECB is ready to open its war chest again

Why the ECB is ready to open its war chest again