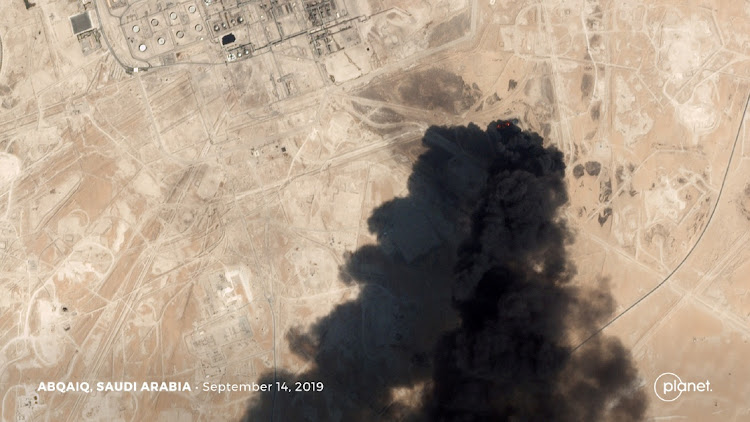 London — Oil security experts have worried for decades about the vulnerability of Saudi Arabia’s Abqaiq processing complex to an attack by militants, foreign special forces or missile strikes.

Oilfields make a difficult target because of the dispersed nature of the wells and associated infrastructure, but processing facilities and export terminals are concentrated and therefore more vulnerable.

Abqaiq is a single point of failure that could remove millions of barrels per day from the global oil market for an extended period if damaged badly enough. It has long been identified as the top security risk worldwide.

For that reason, Abqaiq has been one of the most heavily protected places on the planet. Saudi Arabia has armed guards to protect the perimeter, and security forces actively target threats from foreign militants and domestic dissidents.

In addition, the US maintains a large CIA station in the country and has military personnel stationed in the Eastern Province to help protect against external threats.

Abqaiq has always been a much greater source of risk for the oil markets than the Strait of Hormuz. But until the weekend attack, it was assumed to be a high-consequence, low-probability danger, so was largely discounted.

Saudi security forces foiled an apparent suicide car bomb attack on the facility in 2006, when guards opened fire on two cars carrying explosives as they tried to ram the gates, according to contemporary reports. As a result, security experts concluded Abqaiq was relatively safe in most circumstances, short of an open military conflict with Iran.

Saturday’s attack has shown that assessment was wrong. The Abqaiq attack will, therefore, force a re-evaluation of security risks in the oil market, where it has highlighted global vulnerability to a single point of failure.

After the simultaneous attacks on Abqaiq and the Khurais oilfield, Saudi Arabia has suspended production amounting to 5.7-million barrels per day, or more than 5% of global supply.

In the short term, the critical questions are how to repair Abqaiq and protect it from further attacks. In the long term, the issue is how to reduce reliance on the site by rerouting oil flows and creating more redundancy in the oil export system.

Abqaiq will also force a reassessment of the kingdom’s security strategy, which has centred on reinforcing its alliance with the US, encouraging maximum pressure on Iran, cultivating closer links with Israel, a forward posture in Syria and Yemen, and, to a lesser extent, in Lebanon and Iraq.

The strategy assumed armed confrontation with Iran could be kept outside the kingdom’s borders while oil output and the major population centres could be kept safe, which is no longer the case.

US secretary of state Mike Pompeo has publicly blamed Iran for the attacks on Abqaiq and Khurais in messages posted on Twitter. The White House, the Saudi government and US allies in Europe and the Middle East have so far been more cautious and not identified the group or country they believe is responsible.

US President Donald Trump has nonetheless warned that US armed forces are “locked and loaded depending on verification”.

While Iran has denied blame for the attacks, its Yemeni allies have promised more strikes to come. Houthi military spokesperson Yahya Sarea said the group carried out Saturday’s predawn attack with drones, including some powered by jet engines.

In the event of retaliation, the problem would be how to control the resulting escalation cycle, the same issue that arose in relation to attacks on shipping in the Strait of Hormuz earlier in 2019. The attack on Abqaiq is too significant for the US to ignore. But once started, escalation cycles can be difficult to control

In the face of military reprisals, Iran might feel compelled to respond. Oil facilities and infrastructure in eastern Saudi Arabia, as well as shipping in the Gulf, would be prime targets that would be difficult to defend.

Under attack from US air power, Iran’s military commanders might feel compelled to make a rapid decision to “use it or lose it”, hitting back hard before their assets and capabilities are destroyed by air strikes.

In the event of open conflict between a US-Saudi alliance and Iran, oil production and exports could sustain even more serious damage.

One option would see the US try to limit the conflict by attacking noncore Iran-aligned targets in Yemen and Iraq. Attacking Iran itself would make escalation harder to control, though targets could be selected for their symbolic rather than practical value and carefully circumscribed. The aim would be to create a firebreak in the escalation cycle and try to convince Iran to absorb the attack and not respond or at least limit its response.

Careful target selection could be used to signal the limited nature of the US response and try to avoid further escalation. But it would require exquisite strategic finesse by the White House and the US regional combatant command, as well as urgent messaging to Iran’s government and local commanders.

More generally, the US and Iran appear locked into a cycle of escalating pressure on each other, which neither side appears able to control. Escalation is pushing both sides towards a major armed confrontation neither claim to want but which would drag in regional and global allies.

Neither side appears to have identified good exit options or a political-diplomatic alternative at this stage, though both have mentioned an interest in negotiations. But the attacks on Abqaiq and Khurais underscore the fact that regional security is deteriorating and the confrontation between the US, Saudi Arabia and Iran is becoming much more unpredictable and dangerous.