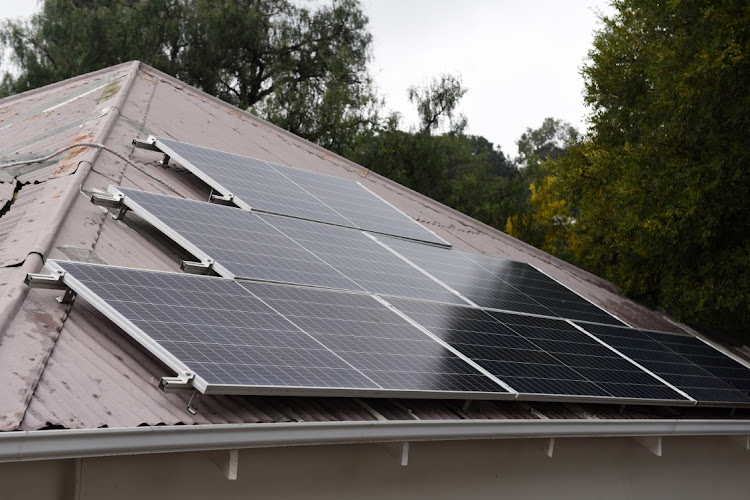 The DA will propose that households receive a R75,000 tax rebate to install solar photovoltaic (PV) systems and that LED lightbulbs be zero-rated to decrease reliance on Eskom.

The proposals form part of the party’s budget proposals for 2020/2021 to be deliberated in parliament. It has called on the ANC to support them.

As part of campaign launched in parliament on Wednesday, the DA suggested that these and other measures be taken urgently by the government to ease the burden of load-shedding that is anticipated to last for at least the next three years.

Promises by President Cyril Ramaphosa in the state of the nation address, as well as in December after load-shedding reached stage 6, to speed up the procurement of new energy have not materialised, said the DA.

“The president announced that section 34 determinations [under the Electricity Regulation Act] would be issued shortly to rapidly and significantly increase generation capacity; and that his government would work to open bid window five of the renewable independent power producers (IPPs) programme. This has not happened,” said the DA.

The blame for this must be placed at the feet of mineral resources and energy minister Gwede Mantashe “who has no interest in ensuring an energy diverse SA”, the party said. “He is a major stumbling block and continues to delay important steps to ensure energy security and is sitting on his hands.”

The DA has also offered to hand over its private member’s bill on the establishment of an independent transmission company to a member of the ANC, if it will facilitate a quicker engagement and legislative process, chief whip Natasha Mazzone said on Wednesday.

Mazzone introduced the Independent Electricity Management Operator (IEMO) Bill last December, which proposed splitting out an independent transmission company from Eskom to manage the national electricity grid and to procure power from both Eskom and IPPs.

She said that if the ANC is concerned about the name attached to the bill, she would happily hand it over.

The IEMO Bill draws on the Independent System and Market Operator (ISMO) Bill, which was passed in November 2013 then withdrawn from parliament due to disagreement within the ANC over whether it should go ahead.

The ANC has said it now wants the ISMO Bill to be brought back to parliament. The DA argues that since its bill is already in parliament all parties should sit down and negotiate over it.

DA shadow minister of energy Kevin Mileham said that the party is willing to compromise on aspects of the bill where there is no agreement.

Getting rid of the Eskom grid: what going solar entails

As load-shedding takes its toll, Lisa Steyn explores how South Africans are solving the energy problem for themselves. This is the first of a ...
National
2 years ago

The government should offer financial inducements, rebates, and tax credits to encourage more homeowners to take up solar energy systems
Opinion
2 years ago

Self-generation is the future of electricity

Gwede Mantashe will not commit to renewable energy time frame

Self-generation is the future of electricity

Gwede Mantashe will not commit to renewable energy time frame