As an association member, SA can participate in various IEA activities in a nonbinding manner, while member countries are required, for example, to comply with requirements such as holding strategic oil stocks 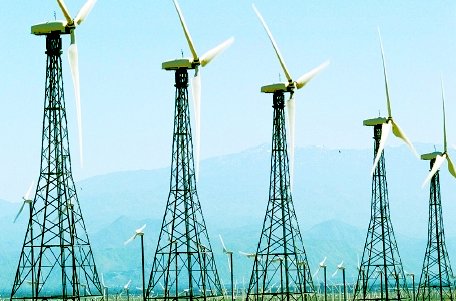 SA has officially joined the International Energy Agency (IEA), where it will collaborate with the energy authority regarding its aim to provide affordable, accessible and clean energy.

In a signing ceremony that took place on the sidelines of the Africa Oil Week conference in Cape Town on Tuesday, energy minister Jeff Radebe said SA would become the eighth “association member’’ to join the agency, and the first nation from Sub-Saharan Africa to formalise its relationship with it.

The IEA comprises 38 countries (30 members and now eight association members), which represent 75% of global energy consumption. To be a member country of the IEA, the nation has to be an Organisation for Economic Co-operation and Development (OECD) member.

SA’s admission into the IEA was described as mutually beneficial. SA will benefit from the IEA’s relationship and authority with its member countries, Radebe said.

“We will improve on on areas such as energy planning — including all sectors such as electricity, liquid fuels and gas — energy statistics energy efficiency, grid integration and energy innovation to mention a few.”

Fatih Birol, executive director of the IEA, said a joint work programme would look at how to integrate renewable energy into the national power grid in a more secure and more economic way in SA and how to improve the design in the gas markets in SA — presumably in preparation for government’s mooted plan to introduce more gas power into the mix.

The programme would also provide training for department of energy officials.

Birol said SA had shown great leadership over the past decades in regional and global energy and climate debates. “Increased engagement will greatly help promote clean energy transitions and energy access in the region and beyond,” he said.

Radebe noted that as an association member, SA could participate in various IEA activities in a “nonbinding” manner. Member countries, for example, are required to comply with various requirements such as holding strategic oil stocks.

SA had entered into a memorandum of understanding with the IEA in 2011. The IEA said SA joining as an association member would not imply or trigger any new financial implications or obligations for SA.

Zuma later took over the chairmanship of the Nuclear Committee in June 2014, after it was converted to the Energy Security Cabinet Subcommittee
National
3 years ago

Eskom finds itself back in the state it was in during the load-shedding years prior to 2015: it doesn’t have enough electricity to keep up with demand
Opinion
3 years ago