One unfair dismissal case; 22 staff; nine attempts at the CCMA 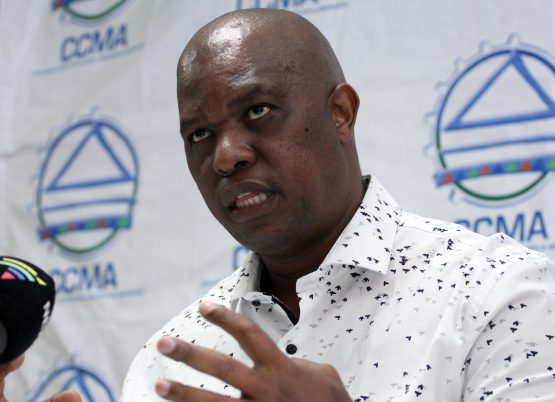 The Commission for Conciliation, Mediation and Arbitration (CCMA), which has had its budget slashed by R500m, is dealing with a protracted battle involving 22 employees allegedly unfairly dismissed by a teaching council for the umpteenth time.

The matter between the employees and the SA Council for Educators (Sace) has been before the CCMA — which is kept busy by large scale retrenchments — nine times since 2019.

The case relates to employees having dual union memberships.

The CCMA processes more than 200,000 cases a year that involve unfair dismissals, wage disputes and retrenchments. Its budget of R1bn has been cut by R99m, with steeper cuts of R170m and R231m penciled in over the next two years of the medium-term expenditure framework.

Sace is a professional council for educators in the country. It maintains and enforces the code of ethics for all educators working in SA.

“Some of these workers had been with the employer for about 20 years, some 15, and others five,” said Khumalo.

He said their problems started when they left the National Education Health and Allied Workers’ Union (Nehawu) to join Salipswu. The management allegedly refused to grant the union recognition status for about a year, “that’s when we decided to go to the CCMA in November 2018”.

“As we were busy with the CCMA process we heard that management was busy recruiting people to join Nehawu, so we rejoined Nehawu,” Khumalo said.

“The CCMA said there was nothing wrong with employees taking up dual membership of unions, so the employer said they would meet us within 21 days to conclude a recognition agreement for Salipswu,” said Khumalo.

In a meeting held in January 2019, Sace told Salipswu members that it did not approve of their dual membership, despite the matter having been settled at the CCMA, said Khumalo.

He said they then asked Sace CEO Ella Mokgalane and CFO Morris Mapindani to intervene, but to no avail. “We were suspended on February 4 2019 and charged with leaving our workstations without permission; they also said we called the CEO useless and that we violated Sace’s access control policy.”

The 22 were dismissed in July 31 2019 and approached the CCMA the following month to challenge what they describe as “unlawful dismissals”. Khumalo said their case had been passed from one CCMA commissioner to another for years.

“Our case has been delayed by more than eight commissioners, they keep passing the buck from one commissioner to another and recusing themselves from our case. We think there is something behind this, I mean what’s difficult to sit down and arbitrate on this matter?” Khumalo said.

The last hearing took place from March 1-5 but the presiding commissioner “recused herself on the fifth day of the hearing citing that the case was to be handled by a senior commissioner”.

CCMA director Cameron Morajane, responding to questions from Business Day on Thursday, refuted allegations of “any form of negligence in the administration of this dispute”.

“We can confirm that the assigned commissioner recused herself at the last sitting of this arbitration. The effect of a recusal is that the matter will start afresh before a different commissioner,” said Morajane.

When asked why it has taken so long to finalise the case, he said: “Numerous jurisdictional points and applications have been brought by the employer party during the course of the arbitration sittings.

He said a new date for the matter will be allocated “in due course”.

Mokgalane said Sace is not able to respond to a Business Day query as the matter is “still sub judice at the CCMA”.

Director Cameron Morajane says finances are so dire the CCMA has resolved to stop doing conciliation, opting to go straight to arbitration
National
1 year ago
Next Article