‘I'm not an angel,’ says Hlaudi Motsoeneng as he concedes to ‘many mistakes’ at the SABC

The SABC is technically insolvent and has asked for a R3.2bn government guarantee, but the former COO insists he left its finances in good way 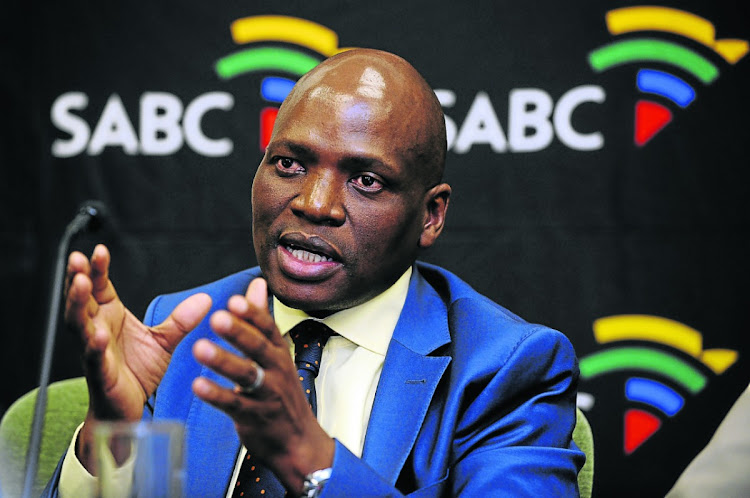 Former SABC COO Hlaudi Motsoeneng used his last day at the state-capture commission to argue that he left the cash-strapped public broadcaster in a good financial position.

He also rebuffed claims that his unpopular policies, such as the 90% local content quota, and his controversial leadership style were among factors that contributed to the corporation’s financial woes.

The SABC is technically insolvent and has asked for a R3.2bn government guarantee to stay afloat and to pay off some of its debt, but its bid for funding has so far been unsuccessful, largely due to its failure to meet about of the Treasury’s strict preconditions.

Giving evidence before the commission on Thursday, Motsoeneng took issue at those who accused him of causing “havoc and collapsing the SABC” over the 90% local content quota. “There was a budget of R600m to invest in the local content quota,” said Motsoeneng, who was fired from the broadcaster in 2017 after being found guilty of bringing the organisation into disrepute for remarks he made during a media briefing.

During that briefing, Motsoeneng defended the quota‚ criticised a parliamentary ad hoc committee probe that looked into problems at the SABC‚ and insulted an interim board member at the time.

Fielding questions from commission chair, deputy chief justice Raymond Zondo and evidence leader advocate Thandi Norman, Motsoeneng said when he left the SABC it had R881m in its coffers. “To run the SABC you need R600m to pay service providers. If you have R800m you are more than good. You  just need to make sure that you generate more revenue.”

In 2016, auditor-general Kimi Makwetu blamed the SABC for failing to bring anyone to book for blowing R5.1bn in irregular expenditure during the 2015/2016 financial year. Makwetu’s report revealed that the SABC had awarded 71 contracts worth R150.7m to “close family members, partners and associates of officials”.

When Norman questioned Motsoeneng about this he responded: “Chairperson, it’s hearsay; they didn’t present evidence.”

When pressed further, Motsoeneng said: “I’m not an angel, chairperson, I’m a human being. When you work [with people] you will create mistakes. I can’t say I achieved everything [I wanted to achieve] at the SABC. There are things I could have done better but did not.”

Motsoeneng said that while he had “many weaknesses as a human being” he had the pleasure of working with a dedicated, strong team that “understood the business of the SABC”. This included former SABC acting CEO James Aguma, who tendered his resignation in 2017 after the broadcaster slapped him with 10 charges for breaching his contract, dishonesty and frustrating Motsoeneng’s disciplinary hearings, among other things.

The Special Investigating Unit (SIU) informed parliament on Monday, according to the Daily Maverick, that it had sufficient evidence to refer 11 criminal matters, collectively worth R267m and involving the SABC, to the National Prosecuting Authority (NPA).

SIU head advocate Andy Mothibi, it said, told the portfolio committee on communication that the SIU was also chasing 10 civil cases totaling R550m, including about R21m from Motsoeneng.

This was described an attempt to recover R11m the former COO was paid as a “success fee” in relation to contracts entered into by the SABC with MultiChoice relating to the digital migration project.

Motsoeneng’s testimony ran from Monday to Thursday and followed that of some of the SABC8, who were fired for speaking out against censorship at the broadcaster during his tenure. The labour court later overturned this decision.

Motsoeneng, a key ally of former president Jacob Zuma, was accused by Krivani Pillay and Foeta Krige of having interfered in the functioning of the SABC newsroom for political interests; ruled the broadcaster by decree; protected Zuma and the governing ANC from criticism; and ruthlessly dealt with those who stood in his way.

In 2015, former communications minister and Zuma ally Faith Muthambi reportedly told late SABC board member Hope Zinde: “But Baba loves him, he loves him so much. We must support him.”

This was after Zinde had complained to Muthambi about Motsoeneng. “Baba” is a term of endearment for Zuma.

‘In my view, it’s unlawful [to show the destruction of property], I follow what the law says,’ the axed SABC COO says
National
2 years ago

‘In the SABC no one was better than me … It's an insult to say I'm not educated,’ the axed SABC COO said
National
2 years ago