Huawei faces R1.5m fine for employing too many foreign workers

About 90% of the Chinese giant’s workforce in SA are foreigners, breaching rules, labour department says 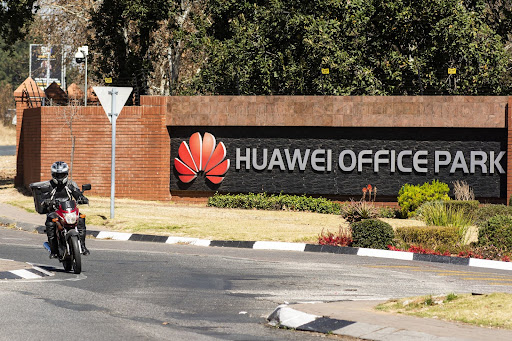 The labour department has filed court papers seeking a fine of R1.5m or 2% of the local arm of Huawei’s 2020 turnover for alleged rule breaches on hiring local workers. Picture: BLOOMBERG

SA has asked a court to fine the local unit of China’s Huawei Technologies for breaking rules on hiring local workers and to order the company to amend its practices, the labour department said on Friday.

About 90% of the company’s employees were foreign nationals, violating “employment equity” regulations, which impose a limit of 40%, the department said, citing a 2020 audit.

The department said it has filed court papers seeking a fine of R1.5m or 2% of the local firm’s 2020 turnover for the alleged rule breaches.

The court is being asked to grant an order to “implement an employment equity plan that will redress the status quo”, said labour department advocate Fikiswa Mncanca-Bede.

Huawei SA said it is “committed to continue engaging further with the department on our equity plan. Huawei is committed to complying with local laws and regulations.”

The department said Huawei was granted a permit in accordance with provisions of the immigration regulations requiring it to employ 60% South Africans and 40% foreign nationals.

It said Huawei instead had been employing far above that number of foreign workers and had plans to hire more.

“The department has determined that its cause of action is clear and that all transgressions have been committed,”  it said.

The move is the first time the government has legally challenged the Chinese tech giant, which is dealing with US sanctions over allegations its equipment could be used by the Chinese government for espionage.

Huawei and Beijing have repeatedly denied the allegations.

The labour department has also cracked down on a smaller Chinese firm over charges of poor working conditions and human trafficking at its factory in Johannesburg. That case is still in court.

Huawei is one of the main information and communications technology companies in SA, selling products from mobile phones, smart devices, television sets and telecom equipment to solutions in cloud computing and data storage.

It has not publicly stated the number of people it employs in SA.

We are trying to enforce law and order, says Aaron Motsoaledi, after cabinet approves proposal
National
6 months ago

The government achieved three important targets set out in 2020, but the delays and failures of the remaining 23 were glossed over and simply ...
Opinion
6 months ago

Stimulating demand for tourism will create millions of jobs, but fear of lawlessness keeps visitors away, says Tshifhiwa Tshivhengwa.
Opinion
6 months ago

Government sues Huawei for employing too many foreign nationals

Government sues Huawei for employing too many foreign nationals