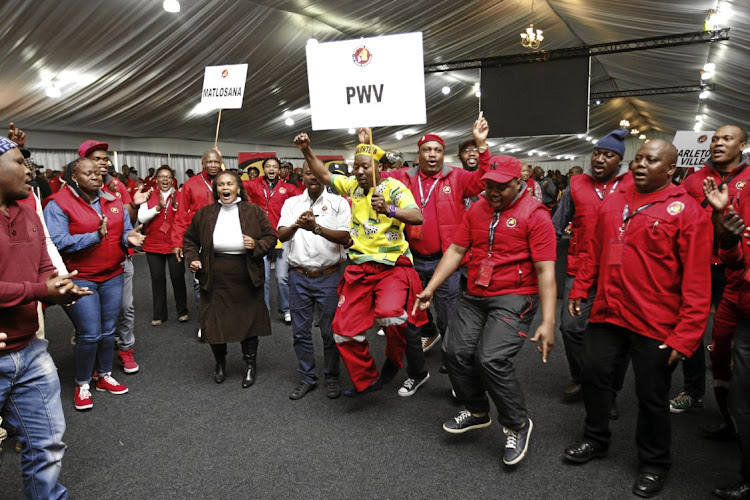 The National Union of Mineworkers (NUM) has threatened to call a strike at mining companies De Beers, Exxaro and Petra Diamonds, after failing to reach wage agreements.

The NUM said on Friday that it had secured a certificate to stage a strike after talks on a wage settlement in mediation with the companies at the Commission for Conciliation, Mediation and Arbitration (CCMA) came to no agreement.

It said it was finalising picketing rules with the CCMA but did not say when the strike would go ahead.

“It is going to be a big, big fight,” said William Mabapa, NUM chief negotiator at the three companies, said in a statement.

“Food prices, fuel prices and general inflation had skyrocketed. There is just no room for peanuts increases and for that, we are prepared for war.”

The three companies all said in separate statements that they would continue to engage with the union to find a solution.

“We value our employees and our relationship with the NUM and we will therefore continue with our engagements in an effort to reach a sustainable agreement in the interest of all parties, considering the current external environment,” De Beers, a unit of Anglo American, said in its statement.

Exxaro is the biggest coal supplier to Eskom.

NUM has also reached a deadlock in its wage negotiations with unlisted Seriti Coal Mine and has declared a dispute with the CCMA for mediation, a move that is one step short of a strike. Labour laws allow for wage disputes to be referred to an outside mediator. If that fails, employees can go on strike.

NUM said it was demanding an increase of 8.5% across the board while the company was offering workers a 4% rise.

Seriti said talks with the union were continuing.

Union federations call major strike next week over the government’s failure to deal with corruption, job losses and the public service wage dispute
National
9 months ago

Ramaphosa to meet Nehawu over wages and PPE on Wednesday

Ramaphosa to meet Nehawu over wages and PPE on Wednesday