The DA says processing Ters applications for May should have started in the middle of the month, as the UIF apologises for a ‘freak break’ in its system 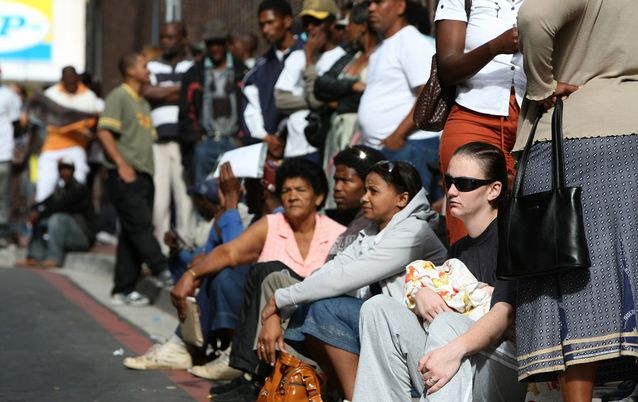 Millions of South Africans will possibly not be able to receive any Unemployment Insurance Fund (UIF) Covid-19 relief until the middle of June as the state has still not begun accepting applications for May, the DA has said.

Employment and labour minister Thulas Nxesi said in a media statement on Tuesday that applications for the Covid-19 Temporary Employer/Employee Relief Scheme (Ters) benefits for May would open at midnight that night, but by Wednesday morning the website was still not live. The benefit is meant to compensate those who have suffered a loss of income due to the coronavirus lockdown.

But even if the website had opened at midnight on May 26, as promised, the DA says the UIF should have begun processing applications as early as mid-May for workers to get their benefit by the end of the month. The delay means that they will, at best, only receive their benefit by mid-June — too late to pay bills and put food on the table.

The UIF apologised on Wednesday for what it said was “a freak break in its network, which has affected plans to capture the May Covid-19 Ters online applications”.

“We are doing everything in our power to ensure the problem is resolved today so we can start processing May applications immediately. The UIF promises to ensure that once the link has been restored, it will do all it can to try and catch up on the time lost,¨” it said.

The DA says this delay is unacceptable.

“This constitutes a ticking time-bomb. It means that millions of wage earners face the prospect of receiving no income for May until the middle of June at the very earliest,” DA labour spokesperson Michael Cardo said in a media briefing on Wednesday.

He said that while the UIF had given itself a 10-day turnaround time for processing applications, in many cases it is taking more than a month. Many applications for April have not yet been finalised.

Nxesi noted that by Tuesday the UIF had paid more than R15bn to beneficiaries within five weeks since the first payments were made on April 16, and commended the UIF for its response to the challenge despite the difficulties. He said the money paid out to beneficiaries thus far have had a direct impact on 3-million workers.

The minister added that a meeting on Thursday of the National Economic Development and Labour Council (Nedlac) would look at the UIF’s technical and financial capacity to continue to pay out benefits in the long run. The department needs to guarantee the sustainability of funds beyond June 2020, he said.

About a month ago, the UIF had about R137bn in investments with the government indicating that R40bn would be earmarked for the payment of Ters benefits.

Cardo and his deputy spokesperson Michael Bagraim called on Nxesi to play with open cards with the public about the challenges faced by the UIF in paying the Ters benefit and the funds it has available to pay the avalanche that might arise as the number of retrenchments and unemployed increases exponentially.

They said they have been inundated with e-mails and phone calls by desperate employers and employees who have not received money from the UIF, without any explanation. They argued that Sars should be called in to take over making the payments for the UIF.

Cardo noted that a recent response to a parliamentary question by Nxesi revealed that while more than 195,000 employers and 2.5-million employees had, by May 21, received Ters benefits for April to the tune of R14bn, many received no benefits. More than 76,000 employers and 559,000 employees had applications worth R2.3bn rejected either because they were not identified on the UIF system, or simply because the UIF decided not to pay.

In terms of a new directive from the department, employees can apply directly to the UIF for the Ters benefit and don’t have to rely on their employers to do so on their behalf.

Cardo also called for urgent attention to be paid to the payment of Ters benefits to foreign nationals.

Update: May 27 2020
This article has been updated with comment from the UIF.