Public-sector bosses are scared of unions and retribution 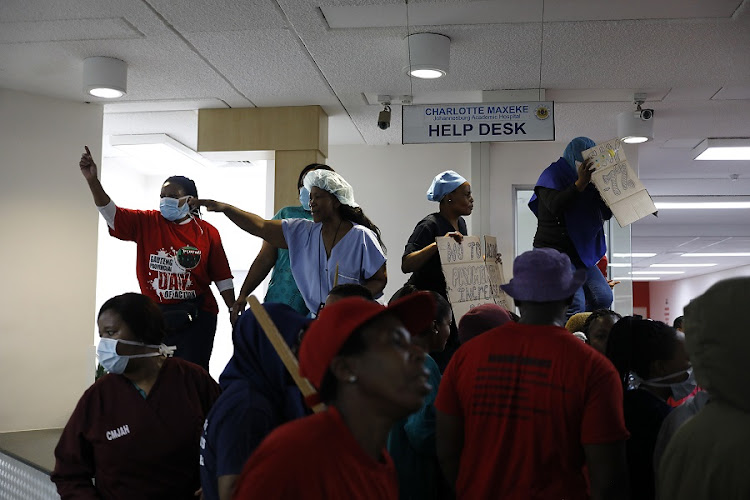 Performance management within government is not working and managers are too scared of trade unions to manage, says the Public Service Commission (PSC), the independent body with the constitutional responsibility for oversight of the public service.

Reporting to parliament’s standing committee on appropriations on Wednesday, deputy director-general Irene Mathenjwa said that while the labour rights of public servants must, at all times, be respected, managers are not managing.

“Its a very sensitive issue. Public servants have rights and those must be respected, but we need to have space for managing because we are at work. The problem is where managers are not able to manage because they are not able to deal with labour,” she said.

Mathenjwa gave an example of workers blocking operating theatre doors during a strike at Charlotte Maxeke hospital but also made clear that fear of union reprisals clouds the entire performance management system. “We need to respect rights but a distinction must be made where, as manager, you are able to tell someone they are not performing without fearing that you will be reported to the unions [to be] dealt with.”

Performance management is undermined by weak management, and employee expectations that they should be given a good score just for coming to work, she said.

“Managers are not managing. They will tell you a person is not performing and then later put them forward for a bonus. The performance management system isn’t working. So we welcome the announcement by the finance minister that no bonuses will be paid this year.”

In its presentation to the committee, the PSC included the performance scores of all the national departments for 2018/2019. Among the worst performing was the department of energy, which, at the time, was led by Jeff Radebe and met only 28% of its goals for the year. The departments of military veterans (43.8% of goals met) and public works (44.7%) were the next worse performers. The presidency scored a mediocre 66.7%.

The PSC also tracked the payment of invoices by government departments to service providers within 30 days. While the number of unpaid invoices had gone down, the overall value increased during 2018/2019. The top offender was the department of water and sanitation (which was not scored for its overall performance because its annual report was not available), with invoices amounting to R851.4m not paid within 30 days.

Said Mathenjwa: “The culture is so bad that departments don’t take the calls of service providers, they just shut them out. In some cases this is due to genuine lack of capacity, but at the core of it, we need to be honest, is corruption. ‘If you don’t bribe me, I’m not going to pay’.”

Cut wastage at the top before cutting our pay, public servants say
Business
2 years ago

Leadership challenges, slow processes and exclusion of Saftu cast a shadow over the 24-year-old institution
National
2 years ago
Next Article

NEWS ANALYSIS: Tito Mboweni has a plan but it relies on the patriotism of ...

State to forge ahead with public sector wage bill cuts

NEWS ANALYSIS: Tito Mboweni has a plan but it relies on the patriotism of ...

State to forge ahead with public sector wage bill cuts