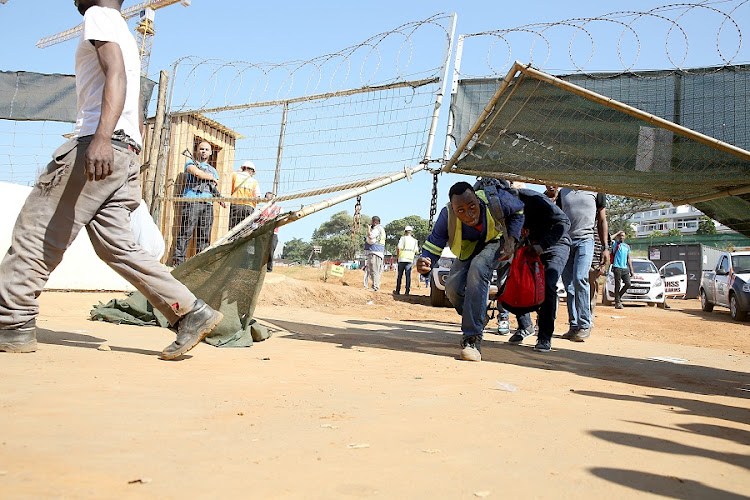 Parliament’s labour committee on Wednesday resolved to introduce an amendment bill to correct an  error in the national minimum wage law that possibly leaves workers vulnerable to employers who intend to circumvent regulations.

The committee, however, emphasised that the pending amendment does not mean the new law is suspended.

The law, which is seen as the most significant labour-related piece of legislation since the dawn of democracy, came into force on January 1.

However, the May 1 2017 “retrospective” implementation of a section that states it is “unfair labour practice for an employer to unilaterally alter wages, hours of work or other conditions of employment in connection with the implementation of the national minimum wage”, ended up being cross-referenced to the wrong clause in the Act.

This means workers whose benefits or working conditions have been changed unilaterally in reaction to the new minimum wage law may have to wait until parliament fixes the error before they can take action against employers.

Briefing members of the labour committee on Wednesday, parliamentary legal adviser Michael Prince said as the Act was already promulgated by the president, the only way to correct the technical error was by way of an amendment bill.

“Our recommendation from legal services is that the committee consider a committee bill [ahead of an executive bill or private members bill]. In that way we will be in total control of the legislative process,” he said.

MPs and the department of labour agreed with the suggestion.

The committee will now have to request permission from the House to introduce the legislation. If the request is granted  the committee will have to advertise the bill and request public comment.  The bill will then be debated in the National Assembly and the National Council of Provinces before being adopted and referred to the president.

“We still call upon employers to comply with the Act. We call upon all workers who are not being paid the minimum wage to report to unions, CCMA (Commission for Conciliation, Mediation and Arbitration), or the department of labour,” said Mashile.

Critics have warned that the law may lead to job cuts in an economy that is struggling with unemployment of more than 27%.

The law sets a national minimum wage at R20 per hour or R3,500 a month — to be reviewed annually — except for domestic and farm workers, whose rate will be set at R15 and R18 an hour.

Employers can apply for exemptions, but controversially this discount is set at 10% of the set rate. The discount will only be granted for a year, and will be based on the employers’ profitability, solvency and liquidity.

Business representatives have said they received assurances from the government that this particular clause would not be retained in the final regulations. Fears are that employers will not bother to apply for a paltry R2 discount, which will lead to noncompliance rendering the minimum wage system ineffective.

“This outcome [applying for exemption] hardly seems worth the effort taking into account the inevitable red tape that will accompany the application,” the National Employer Association of SA said recently.

With the opposition DA and EFF on the back foot and Zuma looming large in the background, this year’s elections are set to determine Ramaphosa’s — ...
Features
3 years ago

The elections, Eskom and the weather will affect the economy
Business
3 years ago

WATCH: This is why Numsa is rejecting the minimum wage bill