SA regresses in efforts to protect people with HIV from TB 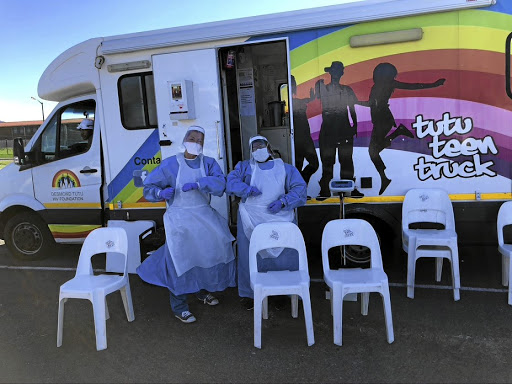 Despite rapid progress in expanding access to HIV prevention drugs, SA still has the world’s largest number of people living with the disease and has faltered in its efforts to protect them from tuberculosis (TB), the latest global AIDS report from Unaids has found.

The uptake of pre-exposure prophylaxis (PrEP) in SA soared from 8.2 per 1,000 people in March 2019 to 109 per 1,000 people in March 2021, despite the disruption to health services caused by the coronavirus pandemic. But over the same period the number of people living with HIV in SA who received preventive therapy for TB fell 30%, according to the report released on Wednesday at the 24th International AIDS conference in Montreal, Canada.

“It feels like the SA HIV programme is on autopilot. With some movement on PrEP and the amazing Ritshidze monitoring project in the report, you would not think SA has a problem. In fact we are still number one in the world, with a preventable and treatable epidemic that should, with TB, be a major priority for our government and society,” said Francois Venter, director of the Ezintsha research institute at Wits. Ritshidze is a community-led monitoring project that holds health workers to account and advocates for improvements at local clinics.

SA’s progress in expanding access to PrEP is one of the few positive findings in the report, which shows the global response to Aids been set back by Covid-19 and other crises. The war in Ukraine, for example, has increased global food prices and worsened hunger, increasing the risk of people experiencing interruptions in their HIV treatment.

“Insufficient investment and action are putting all of us in danger: we face millions of Aids-related deaths and millions of new HIV infections if we continue on our current trajectory,” said Unaids executive director Winnie Byanyima in the report’s foreward. Many high-income countries have scaled back their support for global health initiatives, and as a result the resources available for HIV were 6% lower in 2021 than in 2010.

There were approximately 1.5-million new HIV infections in 2021, more than 1-million more than the global target.

Progress in expanding access to life-saving antiretroviral treatment also stalled, with the rate of growth in 2021 slowing to its lowest level in more than a decade. While three quarters of the people living with HIV do have access to treatment, the scale of the pandemic means approximately 10-million eligible people still do not, said Unaids.

Covid-19 pandemic threatens gains made in fight against HIV

About 42,500 more lives than usual will be lost to HIV/Aids in the next year if half people in SA on treatment are unable to get their medication
National
2 years ago

Covid came with a lot of collateral damage that the world was unprepared for. But there are also lessons to be learnt along the way
Features
4 months ago
Next Article