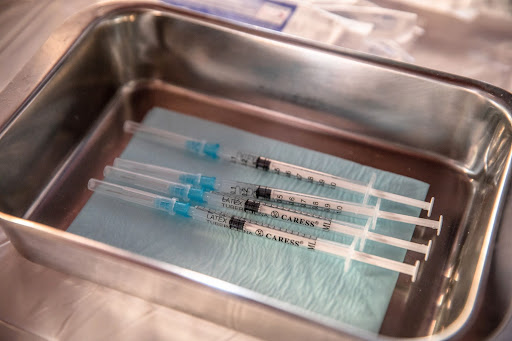 SA will offer a third, or booster, shot of Pfizer and BioNTech’s Covid-19 vaccine, to adults from early January, according to a slide on a government presentation on Friday.

The booster shots will be offered as the country races to control a surge in infections caused by the Omicron variant.

A third dose of Pfizer and BioNTech’s vaccine will be offered to adults from early January, Deputy director-general of the health department Nicholas Crisp, said in an online presentation on Friday.

Johnson & Johnson (J&J) boosters will be offered “soon,” he said.

“Boosters will start off with people over the age of 60 and as peoples’ six months roll up, they will be eligible for booster,” Crisp said.

Daily infections in SA are nearing a record, after local scientists announced on November 25 that, together with an institute in Botswana, they had discovered the new variant.

So far, about 43% of SA adults are fully vaccinated. Still, initial evidence from studies and hospitalisation data shows that Omicron is better at evading vaccines than earlier strains and can reinfect those who previously contracted the disease.

Fewer people are being hospitalised than in earlier waves and there is a “disconnect” between the surging number of infections and much slower rates of increase in hospitalisation and death, Michelle Groome, head of surveillance for the National Institute for Communicable Diseases, said at the briefing.

That, she said, differs from the first three waves of infection. Initial data from a trial of a J&J booster shot among SA health workers will be available next week, Glenda Gray, the co-leader of the Sisonke study, said at the briefing.