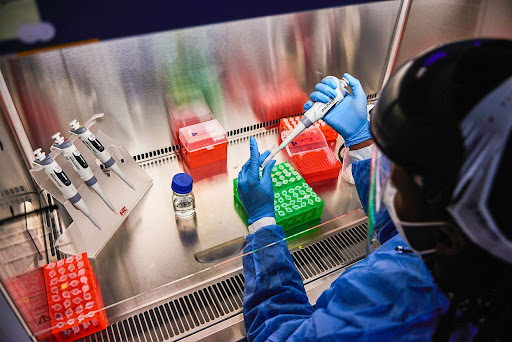 The World Health Organization commended South African health officials for quickly reporting the discovery of a concerning new coronavirus variant, a decision that was swiftly met by travel bans from the U.K., Germany and others. Picture: BLOOMBERG

The World Health Organization commended South African health officials for quickly reporting the discovery of a concerning new coronavirus variant, a decision that was swiftly met by travel bans from the UK , Germany and others.

Scientists on Thursday said they are studying a recently identified strain with a worrying number of mutations. Virologists in the country have detected almost 100 cases to date, with research under way as to how transmissible it may be and whether it will prove resistant to vaccines.

“This variant has been reported at a remarkable speed,” Christian Lindmeier, a spokesperson for the WHO, told reporters in Geneva on Friday. “The WHO is grateful to the South African researchers, and it’s been outstanding how open and transparent they have been.”

The praise will come as scant consolation to those forced to cancel trips to see families over the holiday season or South African business owners desperate for tourism to return to the country. The travel bans have drawn ire from local officials due to the early stage of the research into the variant, which may yet prove less lethal than feared.

Cases of the new variant have been identified in Hong Kong, Israel and Belgium, though the UK has yet to implement restrictions against those nations.

The WHO said countries should take a scientific approach to travel measures and cautioned against outright bans.

“Countries can do a lot to work on surveillance, on sequencing and collaborate with the affected countries,” Lindmeier said.

SA is one of just a few nations globally that has the expertise to quickly identify and track new virus variants. The first sequencing of the genome was completed on November 11, and the strain may have evolved during a chronic infection of an immunocompromised person, possibly in an untreated HIV/Aids patient. The virus can linger for longer in such a situation, potentially offering a bigger window for mutations.

A WHO expert panel has been meeting to discuss the variant, which has also been detected in Botswana, where it’s been found in people who were vaccinated against Covid-19. It will take a few weeks to study how the new variant may interact with vaccines.

Airline shares tumbled the most since the early days of the Covid-19 pandemic, after European countries banned flights from SA to slow the spread of ...
News
8 months ago

Discovery of the Omicron variant, which has seen others follow the UK ban on flights from SA, is a blow to SA’s tourism sector
Markets
8 months ago

A total of 2,465 new  infections and 114 deaths recorded in SA
National
8 months ago
Next Article