More scientific data is needed about the new coronavirus variant before the US can determine whether to halt flights from southern African, says Fauci 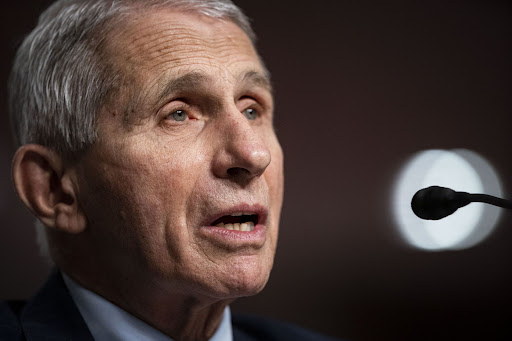 “Obviously as soon as we find out more information, we’ll make a decision as quickly as we possibly can,” Fauci said in an interview with CNN. “You always put these things on the table, but you don’t want to say you’re going to do it until you have some scientific reason to do it.”

There’s no evidence the new variant is present in the US , he said.

Fears stemming from the new variant, first identified in SA, fuelled a post-Thanksgiving sell-off that spread across global markets as both the UK and the EU moved to halt air travel from Southern Africa.

The new variant “has some mutations that are raising some concern, particularly with regard to possibly transmissibility increase and possibly evasion of immune response,” Fauci said.

US scientists are set to meet later on Friday with their SA counterparts to discuss the matter and “really get the facts,” about what’s going on, Fauci said. Testing the new variant to determine if the spike protein mutations make it more able to evade the immune response from vaccines or infection will be key, Fauci said.

“Once you test it, you’ll know for sure whether it does or does not evade the antibodies that we make, for example, against the virus through a vaccine or following convalescence.”

Any move by the US to impose stricter travel restrictions would mark a shift from the pattern in recent weeks of easing limits on travel to the US, which reopened its doors to vaccinated international travellers earlier this month.

The emergence of the mutation has prompted a rapid response by governments, who don’t want to either jeopardise progress made in the fight against the pandemic or make an already bad situation worse. Some countries in Europe are already back in lockdown due to a spike in cases.

Global authorities reacted with alarm on Friday to a new coronavirus variant detected in SA, with the EU and Britain among those tightening border ...
World
8 months ago

Airline shares tumbled the most since the early days of the Covid-19 pandemic, after European countries banned flights from SA to slow the spread of ...
News
8 months ago
Next Article