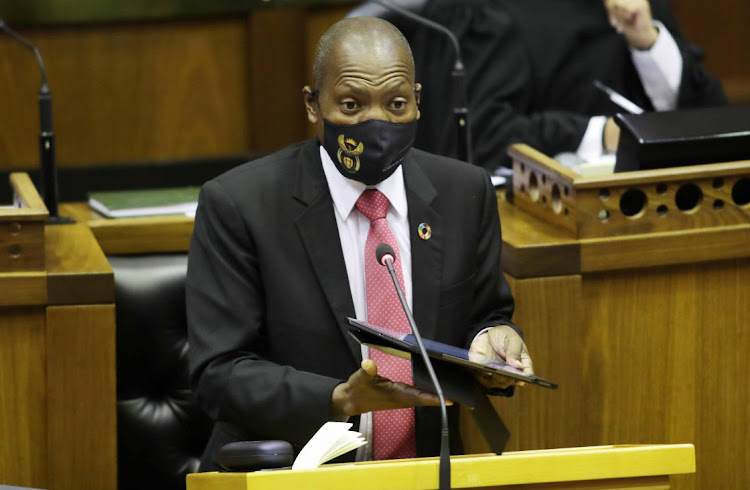 Health minister Zweli Mkhize assured MPs on Tuesday that the government was close to finalising key coronavirus vaccine deals with pharmaceutical manufacturers Johnson & Johnson (J&J) and Pfizer, and would conclude agreements within a matter of days.

The government has secured a commitment for 9-million doses of J&J’s single shot, and 20-million doses of the double-shot jab developed by Pfizer/BioNTech, but has been bogged down for weeks in talks with the companies on how to compensate people who suffer adverse events caused by these vaccines. These two deals could provide enough doses to vaccinate almost half of the 40-million people targeted in the government's vaccination strategy.

Addressing MPs during a debate on the government’s coronavirus vaccination plans, Mkhize said the department of health and the Treasury had finalised a proposed compensation approach. “In principle, this proposed mechanism would provide for recourse for any adverse effect suffered from any vaccine that has been approved for rollout by (the) SA African Health Products Regulatory Authority (Sahpra). The minister of finance will make the announcements in his budget speech and expand on this mechanism,” he said. Agreements would be finalised within a few days, said the minister.

Finance minister Tito Mboweni is due to table the 2021 budget in parliament on Wednesday and is expected to outline the government’s plans for financing Covid-19 vaccines, as well as the Sisonke implementation study which got under way last week. The Sisonke study is administering J&J’s shot to health-care workers, and was devised as a bridging mechanism until other vaccines are available.

J&J’s vaccine has been authorised by regulators, including Sahpra, for research but has yet to be licensed for commercial production. The US Food and Drug Administration is expected to make a decision on J&J’s vaccine within the next few weeks.

Mkhize said the ministerial advisory committee on vaccines had categorised Covid-19 jabs into three groups. The first category is vaccines that could be considered for immediate use, which include those developed by J&J, Moderna and Pfizer. The second category is vaccines that appear promising but require additional technical information, and include the Russia’s Sputnik V, and China’s Sinopharm and Sinovac shots. “For these candidates non-disclosure agreements have been singed and our negotiations are advanced. They have offered several millions of vaccines, subject to the finalisation of the outstanding information and price negotiation,” he said.

The final group of vaccines is those that may not be suitable for immediate use in SA, and include the shots developed by AstraZeneca and Novavax, he said. There were concerns about the efficacy of these vaccines against the dominant coronavirus variant circulating SA, dubbed 501Y.V2, but they could well be used in other parts of the world, he said.

Mkhize said 20 African countries had expressed interest in the 1-million AstraZeneca shots that SA planned to sell through the AU. These vaccines were procured from the Serum Institute of India, and were originally intended to provide the bedrock of the first phase of SA’s vaccination rollout. But these plans were changed at the last minute, after a small clinical trial in SA found the shots offered minimal protection against mild to moderate disease caused by the strain, and the government switched to an implementation study with J&J’s shot. There is currently no data on how much protection AstraZeneca’s vaccine offers against severe illness or death caused by the strain.

The deal also comes with a financing package, and SA has submitted documentation to the medicines regulator for registration of the shot
World
11 months ago