The drug, used to treat parasitic infections in animals, is being diverted to treat coronavirus patients in SA 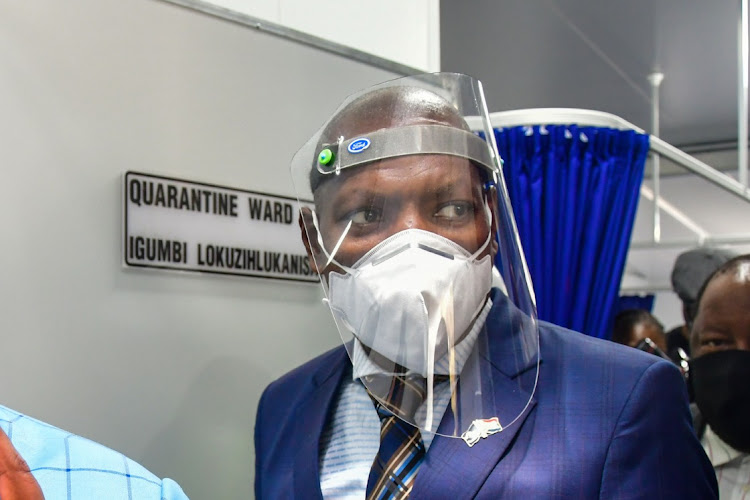 The use of ivermectin for preventing or treating Covid-19 is “risky and unethical” as there is insufficient evidence to show it is safe and effective, the government’s top coronavirus advisers have warned.

“Until more robust evidence is available, the routine use of ivermectin for either the prevention or treatment of Covid-19 is not justified,” health minister Zweli Mkhize’s advisory committee on Covid-19 said in guidance provided to him last week.

Ivermectin has been used for decades to treat parasitic infections in animals and is not registered for human use in SA, except when special permission is granted for specific patients by SA’s medicines regulator, the SA Health Products Regulatory Authority (Sahpra).

It has piqued the interest of researchers as a potential remedy for Covid-19, as studies on cells suggest it might also kill viruses, but limited studies have been published so far on its efficacy in preventing or treating SARS-CoV-2 infection. Nevertheless, the drug is being touted on social media as a “miracle cure”, and authorities are concerned about a growing black-market trade and increasing illegal use of the product in SA.

The ministerial advisory committee on Covid-19 said the perceived delay in access to vaccines was fuelling demand from both patients and doctors, despite the lack of robust evidence to support ivermectin’s use. The government has yet to begin rolling out vaccines and the first tranche of shots secured from India’s Serum Institute will only arrive in SA later in January.

“Motivated by concern for their patients, clinicians are grasping at any option which promises positive results. Ivermectin is being portrayed, despite the lack of high-quality evidence, as one such option,” said the committee in its advisory to the minister, a copy of which has been seen by Business Day.

Ivermectin is being illegally diverted from animal use, and imported, it said.

The committee emphasised that a medicine that could be safely used for treating a specific condition was not necessarily safe for other diseases. “For example, while chloroquine and azithromycin are both individually safe medicines, their use in severely ill Covid-19 patients with multiple comorbidities is now associated with emerging signals of possible harm,” it said.

The committee said Sahpra had noted last week that the overall quality of the randomised controlled clinical trials of ivermectin for treating Covid-19 was poor, and a further review of ivermectin research was expected to be released this week by the Access to Covid-19 Tools Accelerator. The health department’s essential medicines committee had also reviewed the evidence for ivermectin, and in December advised against its use for treating patients with Covid-19.

An advisory committee made no mention of vaccine procurement, after which nobody else did
Opinion
6 months ago

‘Those from the right take chloroquine,’ says Brazil’s Bolsonaro

‘Those from the right take chloroquine,’ says Brazil’s Bolsonaro