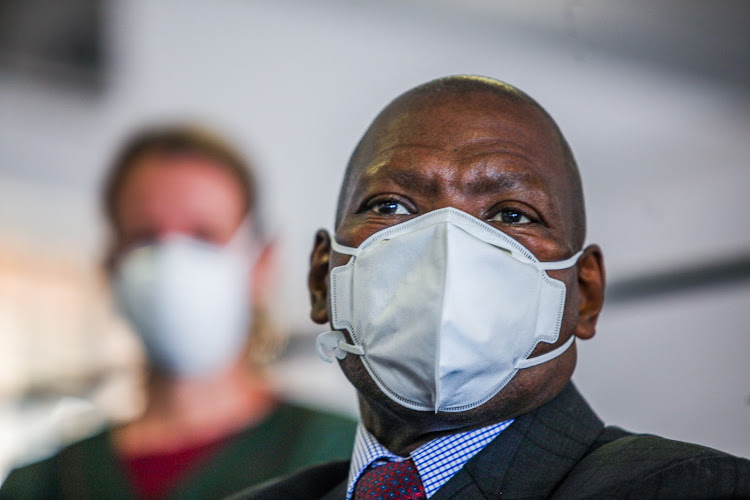 Covid-19 infections are increasing dramatically in SA, as yet another grim milestone was reached on Wednesday with more than 21,000 new daily cases identified for the first time.

SA is in the midst of the second wave of Covid-19 infections and a record number of daily infections has been announced over the past couple of weeks. The rising number of infections has resulted in stricter restrictions being enforced as part of SA’s lockdown ahead of New Year’s Eve celebrations at the end of last year.

Late on Wednesday evening health minister Zweli Mkhize announced that 21,832 cases have been identified since the last report was released on Tuesday evening, bringing the total cumulative Covid-19 cases in SA to 1,149,591.

Out of these cumulative cases, there have been 929,239 recoveries, which puts the recovery rate at 80.8%, Mkhize said in a statement. The recovery rate decreased from Tuesday’s 81.6%.

The death tally also increased dramatically with another 844 reported deaths. Mkhize said there were 452 deaths in the Eastern Cape, 12 in the Free State, 96 in Gauteng, 65 in KwaZulu-Natal, 11 in Limpopo, eight in Mpumalanga, 46 in the North West, five in the Northern Cape and 149 in the Western Cape.

The large rise in the number of deaths in the Eastern Cape was not a one-day increase, Mkhize said. It was as a result of data reconciliation between May and November 2020, which includes analysis of community cases where post-mortem swabs were taken for Covid testing and analysis of clinical records where the diagnosis was unconfirmed at the time of death.

“The national department of health is engaging the province to investigate the details of the reporting backlog,” Mkhize said.

SAB to go to court to challenge alcohol ban’s constitutionality

SA Breweries says the legal action is its last resort to protect its employees, suppliers, customers, consumers and all their livelihoods
National
8 months ago

Big pharma yet to apply to SA for vaccine registration

‘We expect applicants will submit once there is a likelihood of use. None will submit before as each application is a lot of work,’ Sahpra chair ...
National
8 months ago