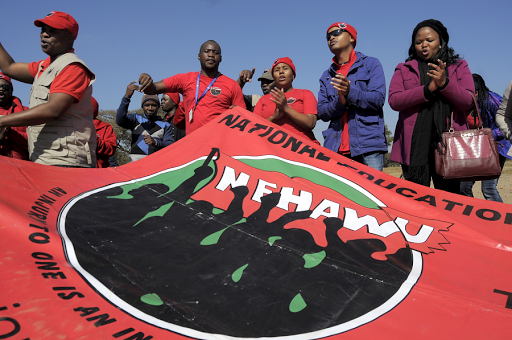 The state laboratory has obtained an order from the labour court declaring a potentially crippling strike planned for Tuesday unlawful.

The National Health Laboratory Service (NHLS) provides all the diagnostic tests for patients using the public health sector, including those for Covid-19, HIV and tuberculosis. Three years ago it confronted a devastating strike that forced it to outsource emergency tests to the private sector, and now faces the threat of fresh industrial action from the National Education, Health and Allied Workers’ Union (Nehawu).

The union, which was not immediately available for comment, had planned to go on strike on August 25, over what it described last week as a breakdown in year-long discussions over wages, the failure of management to implement a performance management system, and a lack of personal protective equipment (PPE) for staff.

“The labour court has today (August 24) ruled that the strike action planned by Nehawu at the NHLS is unlawful, not in compliance, and in breach of the relevant provisions of the Labour Relations Act,” the NHLS said in a statement issued on Monday evening.

It said Nehawu’s depiction of the issues in dispute was misleading, and the organisation complied with government guidelines for managing the risk of Covid-19 transmission and the provision of PPE. Talks on salary increases were ongoing, and had not broken down. Nehawu is asking for an 11% increase across the board. The NHLS wants to freeze salaries, citing financial constraints and the unsustainability of salary increases demanded by the union.

The NHLS said it had contingency plans in place, which included agreements with private and academic laboratories to provide diagnostic testing, should the strike not be averted.

Health care may be disrupted when Nehawu members protest on Friday

In a webinar hosted by the science and technology department, Mkhize said bed capacity to manage Covid-19 infections was an ongoing battle
National
1 year ago

With protective equipment in short supply, and the pandemic yet to peak, the union says health workers are reduced to wearing bin bags
National
1 year ago
Next Article

Nehawu ready to end laboratory strike, but PSA holds out

Nehawu ready to end laboratory strike, but PSA holds out