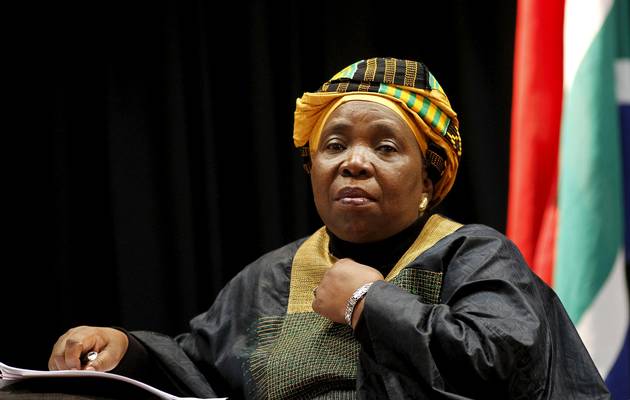 There is plenty of scientific evidence supporting the ban on the sale of tobacco products, which will be aired in court, co-operative governance & traditional affairs minister Nkosazana Dlamini-Zuma said.

The minister on Thursday declined to answer questions about the government’s reasons for continuing with the ban, which has now been in place for more than two months. “I will not say much because this is in court as we speak,” Dlamini-Zuma said.

The Fair Trade Independent Tobacco Association (Fita), a lobby group representing small manufacturers in Southern Africa, has approached the courts in a bid to have the government’s decision to ban tobacco products reviewed and set aside. The group contends that the government decision was irrational.

On Wednesday, Dlamini-Zuma filed her submission and government’s “record of decision” on the matter in the high court in Pretoria. The entire submission to the court was 3,674 pages long and contained the public submissions that the government said partly informed its decision to keep the ban in place.

Fita on Thursday said that of the 1,535 public submissions it counted, 47.2% had nothing to do with issues about cigarettes, 23.3% were in favour of the ban being lifted and 29.6% wanted the ban to remain in place.

Also part of government’s submission were journal articles about the effect of the Covid-19 virus on smokers; World Health Organisation (WHO) reports on the risk of smoking, which were compiled before the breakout of the virus; health surveys; reports about the health risks of smoking; and a global tuberculosis report.

The high court is expected to hear the court application on June 9.

Issues regarding the increase in illicit trade and the loss of tax revenue because of the ban have also been raised. The SA Revenue Service (Sars) is projecting an annual revenue loss of about R285bn based on figures for the first month of the lockdown and the effect of sluggish economic activity.

When asked about the increase in the illicit trade during the lockdown and the fact that people were still buying cigarettes illegally, Dlamini-Zuma said these should be reported to the police. “If you see crime, report it to the police. So if people are doing anything criminal about cigarettes the law must take its course,” she said.

The state says the move has been done for health reasons, but many aren’t buying that
National
1 year ago

Government to provide record behind the cigarette ban