Busa and health department set up team for NHI talks

Business Unity SA’s concerns about NHI extend beyond investor sentiment, as its members are affected by any changes to the health system 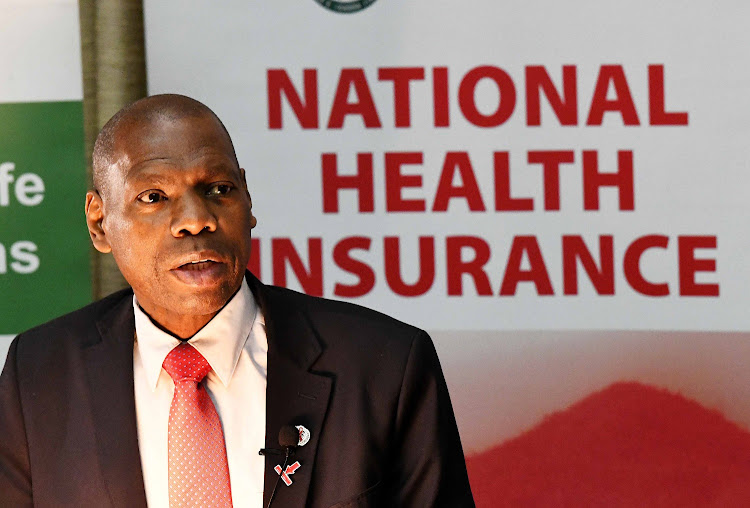 Business Unity SA (Busa) is to set up a formal mechanism for engaging with the health department on its plans for universal health coverage, it announced on Wednesday.

The ANC government is driving through extensive health reforms aimed at achieving universal health coverage, which it calls National Health Insurance (NHI). The first piece of enabling legislation for NHI was tabled in parliament on August 8, triggering such negative investor sentiment that key health stocks shed R14bn of their value within the space of three days.

The bill proposes the establishment of a central NHI fund that will purchase services for the entire population from accredited public- and private-sector providers, and creates uncertainty about the future role of medical schemes.

Busa’s concerns about NHI extend beyond investor sentiment, as its members are directly and indirectly affected by any changes to the health system. Employers play a significant role in their worker’s access to healthcare — either by subsidising their medical scheme contributions, or by providing health services directly. And productivity is affected by the health of their workforce, whether it depends on public or private healthcare providers.

Busa met health minister Zweli Mkhize last Wednesday, and he agreed to its proposal to establish a five-member team from each side to engage on NHI issues.

“The discussion began with a common understanding that the current healthcare system is inequitable and unsustainable. There was no dispute that universal health coverage should be realised through active co-operation between the public and private healthcare sectors and therefore Busa wishes to express support for the NHI in principle,” Busa said in a joint statement issued with the health minister.

“This is a positive departure from historically hostile public- private relations. As a sector we are already showing signs of maturity and cohesion, which is very encouraging,” said Mkhize.

Stavros Nicolaou, who is Aspen Pharmacare’s executive for strategic trade, said Busa planned to ask parliament for a six- week extension on the public comment period for the NHI Bill.

Parliament called for written submissions on the NHI Bill on August 30 and gave interested parties until October 11 to do so.

The nonprofit Organisation Undoing Tax Abuse (Outa) said on Wednesday that the deadline was too short for such an important piece of legislation, and said it had written to parliament asking for a 90-day comment period.

Outa said the government’s NHI policy had been developed over a decade, and should not be rushed at this critical stage.

“It is our hope that the extension of the deadline will be granted so that organised civil society will have more time to develop solid, well-researched and co-ordinated written input,” Outa’s executive director for policy Heinrich Volmink said.

“This will aid in the vital process of finding a workable plan for the much-need reform of our health system and, ultimately, help us achieve the goal of high-quality universal health coverage for all who live in SA,” he said.

The bill has already overcome its first hurdle, having been declared by the state attorney as not at odds with the constitution
National
2 years ago

When the NHI Fund starts paying for benefits, medical schemes will be expected to offer only complementary cover
Money
2 years ago

Parliament given assurances the bill is rational, in line with SA’s international commitments and does not affect provincial powers
National
2 years ago
Next Article