Pupil dropout rates are now at the highest they have been in 20 years, with half-a-million more children out of school 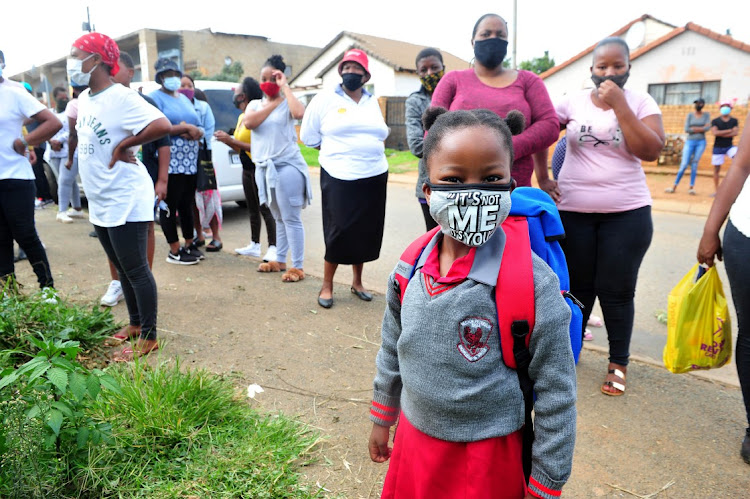 Half-a-million children in SA dropped out of school, and younger grades lost close to a full year of learning due to the Covid-19 pandemic and the closure of schools since March 2020, a survey has found.

The National Income Dynamics Study — Coronavirus Rapid Mobile Survey (Nids-Cram) has tracked the socioeconomic effects of the pandemic on households since it began. It is carried out by 30 researchers at six universities.

The findings of the fifth wave of the study illustrate the devastating effect the pandemic has had on education, which will have a lasting effect.

The study also probes household and child hunger, finding that hunger has stabilised at alarmingly high levels and could already have increased after the ending of social relief grants.

While a relatively high number of schoolchildren drop out before completing grade 12 — in a normal year about 230,000 — the survey found that between 650,000 and 750,000 seven- to 17-year-olds were not in school, which is three times the normal dropout rate.

“Learner dropout rates are now at the highest they have been in 20 years. Reciprocally, school attendance is at the lowest level it has been in 20 years,” says the report.

The highest dropout rates were among the poorest households, those in rural areas and in homes where caregivers had a high level of anxiety over the return to school.

In lower grades the effects of school closures and rotational learning have been disastrous, with primary schoolchildren losing between 70% and 100% of learning, a full school year. This means a grade 3 child in June 2020 has the same learning outcomes as a grade 2 child in 2019. The study notes the long-term effect this could have, with “forgetting or regression” occurring in situations where children move into the next grade without having mastered the content of the previous one.

Public schools in SA were closed between March and June 2020. After reopening, with the exception of matric, pupils attended on a rotational basis, attending only two or three days a week, until schools closed again in June 2021.

Primary schools are scheduled to reopen towards the end of July, which the study strongly recommends. School attendance by teachers has not been linked to teacher deaths, which have been driven by the wider society pandemic, it says.

The survey also probed levels of hunger, asking respondents the question of whether anyone in the household or any child in the household went hungry in the previous seven days. The fifth wave survey was done over April 6 and May 11, during which time some respondents had still received social relief of distress grants, which ended at the end of April. However, the topped-up child support and old-age grants had come to an end.

Household and child hunger seems to have stabilised at a higher rate than prior to the pandemic. As many as one in seven respondents — 15% — indicated that a child had gone hungry in the previous week. About 620,000 children experienced “perpetual hunger” over the period of the survey, which is defined as hunger every day or almost every day.

The researchers predict that household hunger is likely to increase as inflation erodes the real value of social grants.

Apparel is likely to make a resurgence as students will, for the most part, no longer be floating heads on Zoom calls
World
11 months ago

The dark cloud over our techy-smart children is very dark indeed, so be vigilant about their exposure to smart technologies
Opinion
11 months ago
Next Article