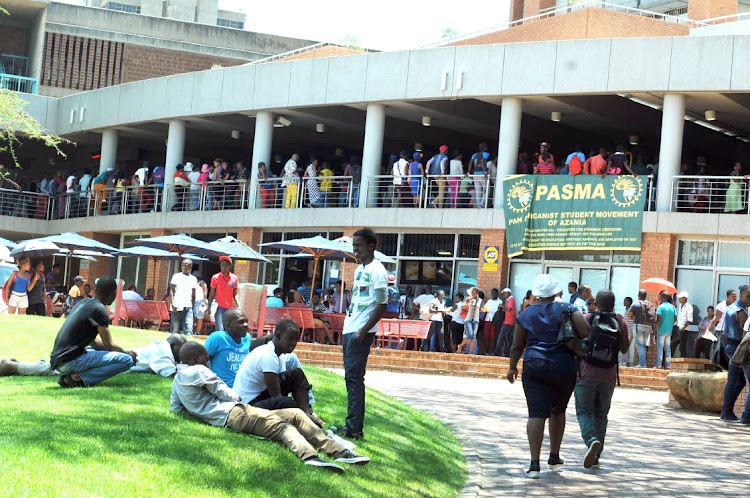 The usual sight of students seeking late registration, such as these ones at Tshwane University of Technology, will be seen again this year. Picture: PETER MOGAKI

Universities are gearing up to start the new academic year only in the first week of April, with a few aiming to kick off in March.

Delays in the completion of the 2020 academic year resulted in registrations for the new academic year being pushed back to late March for most universities.

At least two universities in Gauteng said their first-year programmes were already full. Those who are still awaiting their matric results to secure space in universities may have to look for something else to do in 2021.

“The university has an online registration process,” Gower said.

“Online registration for first-year students will commence from March 1. However, there are significant aspects that must be completed by conditionally admitted students before they can start with classes on March 15, such as: complete online registration; pay initial fees; complete and submit valid study contracts; attend academic orientation and a now-online Welcome Day.”

Gower said most of their programmes were already full and had closed by September 30 2020. She appealed to those looking for space for the 2022 academic year to start applying online from May.

Wits University spokesperson Erna van Wyk said they had received more than 71,586 applications for 5,128 first-year places for the 2021 academic year, which meant that unlike in other years the university would not allow any late applications.

“The university is expected to stay within the enrolment targets set out by the department of higher education & training for new first-years, which means it will not be allowing any late applications,” Van Wyk said.

The University of Cape Town (UCT) will be processing registrations for first-time students from March 1.

UCT spokesperson Elijah Moholola said: “All undergraduate UCT students who are SA residents, and all international students who can return to the country, are expected to be in Cape Town for the start of the academic year on March 15.”

Returning UCT students would be registering from January 20, Moholola said.

The University of Fort Hare in the Eastern Cape will be handling registrations between March 1 and March 6, with the official opening of the 2021 academic year expected to start in the second week of March, spokesperson Tandi Mapukata said.

Long-distance learning university Unisa will also only start in March as matric results are only expected around the end of February.

SA still in talks with India over export of Oxford vaccine

Big pharma yet to apply to SA for vaccine registration

‘We expect applicants will submit once there is a likelihood of use. None will submit before as each application is a lot of work,’ Sahpra chair ...
National
3 months ago