NGOs told MPs that the national school nutrition programme had not been allocated any additional funds, despite the deepening of poverty and hunger due to the pandemic 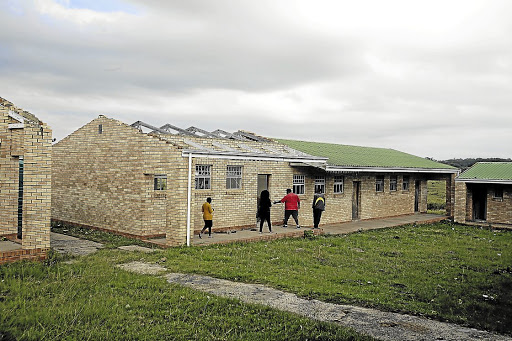 The drastic cut in the school infrastructure budget of R1.7bn in the supplementary budget will have devastating long term consequences for the basic education sector, nongovernmental organisations (NGOs) argued in parliament Friday.

In addition to this cut, the basic education department reprioritised R4.4bn mainly from its infrastructure grant to fund Covid-19 relief.

Equal Education, an NGO representing learners, parents and teachers that advocates for the provision of equal and high-quality education; Equal Education Law Centre; and Section 27, a public interest law centre, criticised these budget cuts in a presentation to parliament’s two appropriations committees on the Adjustment Appropriations Bill.

The supplementary budget tabled by finance minister Tito Mboweni in June cut the basic education budget by R2.1bn with other departments also suffering heavy cuts so that government could fund its Covid-19 response.

Section 27’s Daniel McLaren noted that the basic education budget cut had to be seen in the context of a decline in the share of basic education of noninterest government expenditure from 18.7% in 2016/2017 to 17.3% in the February budget and to a further 16.8% in the supplementary budget for 2020/2021.

Funding per learner had been on a decreasing trend in real terms over the last decade, he said. This meant that in KwaZulu-Natal, Mpumalanga and the Northern Cape, learners at poor, no-fee schools were no longer being funded at the minimum gazetted level per learner.

The expectation that schools use their existing budgets for Covid-19 would place extreme pressure on them and their ability to pay for maintenance, text books, electricity, water and so on, McLaren said.

Equal Education parliamentary researcher Jane Borman said the NGOs “were very disheartened by the deprioritisation of basic education funding, which had accelerated in the supplementary budget”.

She noted that basic education was not deemed to be a front-line sector in terms of the government’s Covid-19 response and had not received fiscal support to finance its relief efforts.

Borman also noted that the national school nutrition programme had not been allocated any additional funds, despite the deepening of poverty and hunger due to the pandemic.

Instead, R50m of existing funds from the programme were reprioritised to provide for Covid-19 sanitation measures.

“The North Gauteng High Court has confirmed that a failure to roll out a nutritious meal a day to eligible learners, irrespective of whether they are learning at home or at school, is a retrogressive measure and an egregious infringement of children’s rights to education and basic nutrition,” Borman noted.

She said the national school nutrition programme budget might need to be increased in the October medium-term budget policy statement to ensure meals could be provided to all learners.

Borman urged that the basic education sector receive additional funds to support its Covid-19 response, including funds from the fiscal relief package.

The Organisation Undoing Tax Abuse parliamentary engagement manager Matt Johnstone also opposed the cuts to the budgets for education and electrification and urged the committees not to adopt the bill in its current form.

Nationwide school closures will be devastating, especially for children and women. By refusing to work, teachers are risking the lives of children ...
Opinion
8 months ago