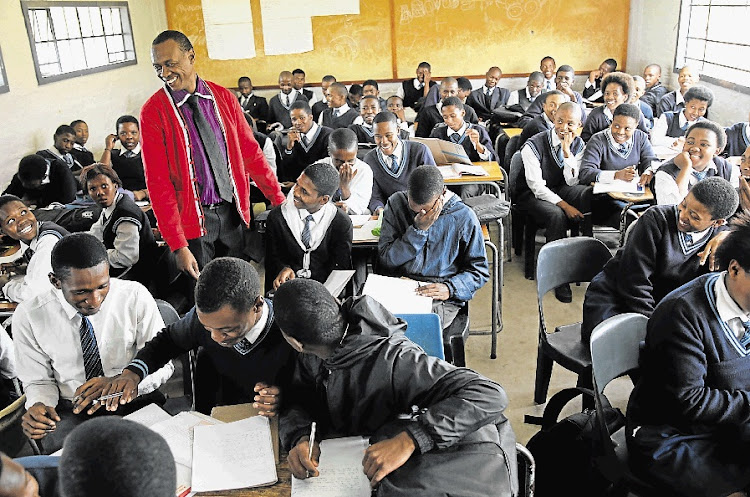 Education sector unions and other stakeholders are calling on basic education minister Angie Motshekga to suspend schooling until after the Covid-19 peak, threatening to go on strike if she declines their request.

The school calendar — which has been severely affected by the coronavirus outbreak — could be further disrupted should teachers elect to down tools and pupils boycott classes. Student body Congress of SA Students has already criticised the decision to reopen schools, saying most schools were not yet ready.

The government has already ordered grades R, 6, 7, 11 and 12 pupils back to school. This against a backdrop of surging  Covid-19 cases and deaths in the country.

Some parents welcomed the reopening as they have had to juggle working from home and looking after their children during the national lockdown.

There have also been reports of pupils from lower-income households going hungry due to the absence of the school nutrition programme during the closure. Others have complained of a shortage of data for online schooling.

On Tuesday, SA’s largest education sector union, the SA Democratic Teachers Union (Sadtu), announced it had resolved that schools should remain closed until after the Covid-19 peak.

Sadtu general secretary Mugwena Maluleke said the pandemic has led to “pandemonium in the education sector”.

He said the decision to suspend schooling was informed by the fact that there was a surge in coronavirus cases in the country. As of Monday, the confirmed number of cases stood at 287,796 with 4,172 deaths in SA.

Maluleke said promises made by Motshekga when she announced the reopening of schools had not been met.

“All evidence on the ground is that there is no effective teaching and learning that is taking place under the current conditions,” said Maluleke.

Teacher unions are expected to hold a meeting with Motshekga on Wednesday to address the matter, among other things.

National Teachers Union president Allen Thompson supported Sadtu’s stance and accused the department of downplaying the extent of positive cases at schools. “We are going to tell Motshekga that we are no longer prepared to compromise with our lives. If she doesn’t respond positively that schooling must be suspended, we will withdraw our members from school,” he said.

Professional Educators’ Union general secretary Ben Machipi said: “We will be requesting the minister to consider closing the schools. If she doesn’t budge, we will take our members out of schools, but we don’t want to reach that stage. But if push comes to shove, our members will boycott.”

Chris Klopper, executive director of the Suid-Afrikaanse Onderwysersunie, said they would only support the call for the closure of schools if there is “clear medical evidence that school closures is the most appropriate way forward”.

One SA Movement leader Mmusi Maimane said he was glad Sadtu had “finally come on board” the fight to suspend schooling.

Maimane, who took the minister of basic education to court over the reopening of schools and lost, said it was clear the government was placing the lives of pupils at risk. He called on the minister to suspended schooling  until after the Covid-19 peak and to ensure that the nutrition programme goes to pupils’ homes. He also said the minister must adjust the curriculum so assessment takes place later.

He said grade 12 pupils must be provided with digital devices to facilitate blended learning.

Motshekga did not respond to a request for comment.

In a statement on Tuesday evening, the council of education ministers — which stressed that learner attendance at schools was about 80% — said it had noted Sadtu’s resolution for closure of schools. However, it said the “decision on whether schools will be closed or not will be taken by cabinet”.

The council said the government was “extremely concerned” about teachers, principals and non-teaching staff who use “any platform to attack government for going back to work”. This created an impression that they should be “treated differently from the rest of the other public servants”.

The council said one of the important reasons it wanted schools reopened was to enable poor learners to access the school nutrition programme as they could not do so during the lockdown.

“With the reopening of schools we are now feeding our learners and have further expanded the feeding to learners who are not yet back in schools,” the council said, adding it has now arranged for them to collect food parcels from schools closest to their homes.

Proposals include that schools in areas with high Covid-19 transmission remain shut, and face-to-face teaching resume for only Grade 12 learners
National
1 year ago

Provinces are to blame for postponement, Angie Motshekga says

Majority of schools not complying with Covid-19 regulations, survey finds

Provinces are to blame for postponement, Angie Motshekga says

Majority of schools not complying with Covid-19 regulations, survey finds