About 11% of pupils say they experienced some form of violence, corporal punishment or verbal abuse in 2016, down from 18% in 2009 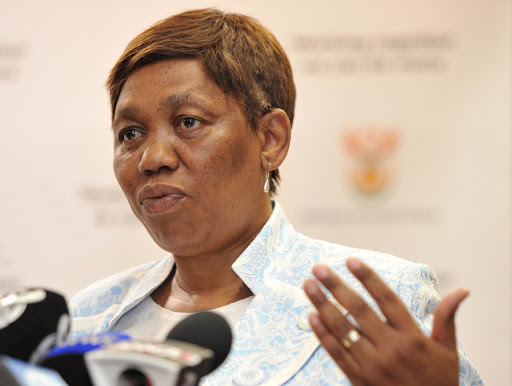 More research is needed to determine the most effective ways to stop young boys growing up to into violent teenagers and men, basic education minister Angie Motshekga told MPs on Tuesday morning.

“We need specific programming for boys [but] there is no evidence to support the work we need to do,” she told a joint meeting of parliament’s portfolio committees on basic education and police on school safety.

“The safest thing is to have safer men and safe boys,” she said.

Motshekga's comments come hard on the heels of a surge in attacks on foreigners that have left at least 12 people dead, and nationwide protests about violence against women triggered by the rape and murder of UCT student Uyinene Mrwetyana earlier in September. Parliament is expected to hold an urgent debate on the violence later on Tuesday.

The department’s deputy director-general for teacher development, Granville Whittle, told MPs that while the prevalence of violence in schools was declining, it remained a major concern.

“School safety is one of the apex priorities of the sixth administration,” he said, noting that approximately 11% of pupils said they had experienced some form of violence, corporal punishment or verbal abuse in 2016, down from 18% in 2009.

Girls and boys were equally likely to be the victims of violence and most of it was perpetrated by learners in classrooms when there was weak adult supervision, he said.

The children who were most likely to be bullied were those who attended schools in the poorest communities, did not conform to gender stereotypes or were disabled.

Bullying took a toll on learner’s school performance he said.

Nearly a quarter of all Grade 5 learners who reported being bullied weekly underperformed compared to children who were rarely bullied, according to the 2015 Trends in International Mathematics and Science Study

Whittle also drew attention to the role teachers played in school violence, saying they continued to mete out corporal punishment despite the fact that it was illegal, and that many of them lacked the skills to defuse potentially violent situations.

MPs also heard that the SA Police Service did not have enough personnel to ensure that schools in violent communities had regular visits from officers. In the Western Cape’s gang-ridden Mitchells Plain, for example, two police stations are expected to provide support to 56 schools.

‘Perceptions that black migrants take up black jobs and displace black workers have caused increased deterioration in the relationship,’ the ...
National
2 years ago

Mobile phone operator MTN, restaurant chain Spur and retailer Shoprite are among those that have had operations affected
Business
2 years ago

READ IN FULL: ‘Our nation is in mourning’ — Cyril Ramaphosa’s address to the ...

READ IN FULL: ‘Our nation is in mourning’ — Cyril Ramaphosa’s address to the ...