President to lead a team of ministers and officials to one of Eskom’s troubled power stations, to have talks with workers, trade unions and managers 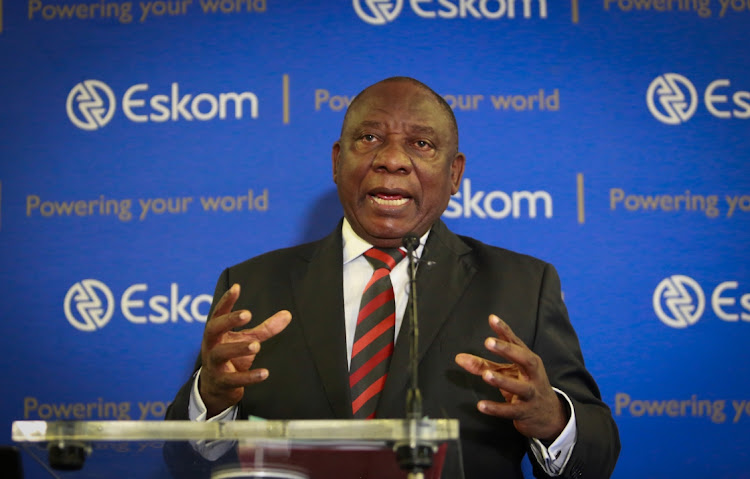 The government will within days announce new ways to address the country’s worst power crisis yet, President Cyril Ramaphosa said on Friday.

Addressing a South African Communist Party (SACP) conference, Ramaphosa said the government needed to “use every available means and remove every regulatory obstacle to bring extra electricity onto the grid as soon as possible”.

“In the coming days we will be announcing additional measures that we need to take to address the current electricity crisis,” Ramaphosa said. The SACP is an ally of the governing ANC party that Ramaphosa leads.

SA has experienced intermittent power cuts by struggling state utility Eskom for more than a decade, but this year the outages are expected to reach a record level.

Late last month Eskom started implementing what are known as “Stage 6" power cuts for only the second time in its history, blaming a strike over pay for hampering efforts to bring malfunctioning power units back online.

Eskom has since agreed a salary deal with workers and the level of power cuts has been lowered, but opposition parties and a business lobby group have called for an urgent intervention.

The power cuts have piled pressure on small businesses and households recovering from the impact of the Covid-19 pandemic and grappling with inflation at a five-year high.

Ramaphosa added at the SACP conference that he would on Saturday lead a team of ministers and officials to one of Eskom’s troubled power stations, to have talks with workers, trade unions and managers.

Explaining why the country needed to move further away from a monopoly model of electricity supply, he said: “When Eskom fails, the country is thrown into darkness as we are now.”

Former employees of Swiss industrial giant allegedly received R8.6m in kickbacks by awarding a R549.6m sub-contract in the construction of the Kusile ...
News
4 weeks ago
Next Article